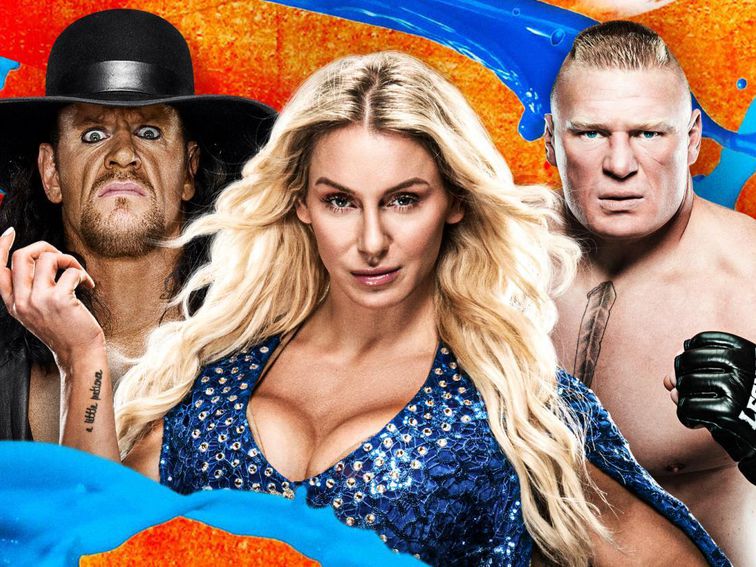 Other than WrestleMania, SummerSlam is the biggest wrestling event so far of the COVID-19 era. Now five months into producing shows under coronavirus constraints, WWE is doing something different. Until now, its shows have taken place in its Performance Center. SummerSlam will instead air from the “ThunderDome.” WWE is taking residence at Orlando, Florida’s Amway Center and turning it into an arena with thousands of virtual fans.

The ThunderDome got a warmup on SmackDown, but gets its first big showing at SummerSlam.

The show has a big main event too: Drew McIntyre defending his WWE Championship against Randy Orton. Since winning the gold at WrestleMania, McIntyre hasn’t really had any credible opponents. (No disrespect to Dolph Ziggler.) Orton, riding a career high off his feud with Edge, is the threat McIntyre needs.

In a match that will hopefully be better than their Swamp Fight at Extreme Rules, Braun Strowman will also defend his Universal Championship against “The Fiend” Bray Wyatt.

Elsewhere, Asuka will compete in two different matches for the Raw Women’s Championship, taking on Sasha Banks, and the SmackDown Women’s Championship, for which she’ll face Bayley. It doesn’t really make sense as to why Asuka is competing for titles on both brands, but I’ll never complain about seeing more Asuka on my TV.

Unlike every PPV since March, SummerSlam won’t take place in WWE’s Performance Center. As noted, it’ll air from Orlando’s Amway Center, henceforth known as WWE’s “ThunderDome.” The main card starts both days at 7 p.m. ET/4 p.m. PT. If you’re a paid WWE Network subscriber — at $9.99 a month — you can watch SummerSlam live for no extra cost. Otherwise, you’ll need to contact your local cable provider.

Viewers in the UK will have to stay up late to watch SummerSlam as the show starts midnight Sunday UK time. SummerSlam starts for Australians at 9 a.m. AEST on Monday.

How to watch: WWE Network

You can start (or restart) a subscription to the WWE Network here:

The monthly price is $9.99 (US) or £9.99 (UK). New subscribers used to get a free month, but that’s no longer the case now that there’s a free tier (which pay-per-view events are not covered by, sadly).