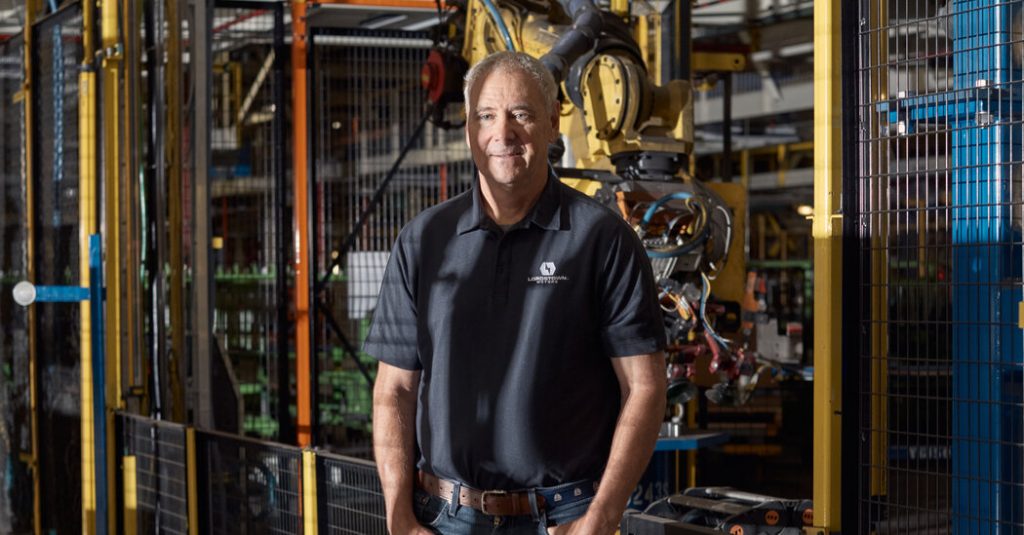 Steve Burns pulled together several pieces of a business venture over the last year: His company, Lordstown Motors, designed an electric pickup truck, acquired a plant and machinery from General Motors, and racked up thousands of orders.

Yet Mr. Burns was still struggling to raise enough capital. This month, he nailed down that critical piece by agreeing to merge Lordstown Motors with a special purpose acquisition company, or SPAC, a transaction that will net the truck maker $675 million and a listing on Nasdaq.

Another upside: Unlike a conventional initial public offering, a SPAC merger will take just a couple of months, Mr. Burns said. “The traditional I.P.O. time is maybe a year and a half,” he said. “We are in a race to be first with electric trucks. We wanted to get it done and get to the business of building the vehicle.”

SPACs are suddenly in the limelight.

These companies have long existed on the sidelines, providing small or distressed companies with capital and the ability to list their shares on a stock exchange — things they might not have access to otherwise. Sometimes called blank-check companies, SPACs raise money from investors without having a detailed business plan. Their sole purpose is to find another business to buy within two years. If that doesn’t happen, the company folds and investors get their money back.

Although industry watchers say SPAC frauds are rare, one SPAC’s purchase last year of Modern Media Acquisition, a music-streaming business whose books were later alleged to be fraudulent, gave some investors pause. And some aspects of the SPAC business model — namely, the fact that sponsors of these acquisition companies are frequently able to buy substantial stakes in the business they merge with at minimal cost — have raised questions about their benefit to typical shareholders.

In recent months, investors behind SPACs have become particularly enamored with electric vehicle businesses amid rising expectation that such cars and trucks will soon begin displacing vehicles powered by fossil fuels. Shares of Tesla, the world’s leading electric carmaker, have soared so much that its market capitalization is nearly twice as big as Toyota Motor’s.

SPAC transactions with automotive businesses have so far totaled nearly $10 billion — a trend that Kristi Marvin, a former investment banker who now runs the data site SPACInsider, called the summer of “deals with wheels.”

In June, Nikola, which intends to make heavy trucks powered by electricity and hydrogen fuel cells, merged with a SPAC. Investors have set its valuation at about $15 billion — more than half of what the market thinks Ford Motor is worth — even though Nikola hasn’t begun commercial production.

Apollo is just one of several prominent investors that have embraced SPACs. In late July, Pershing Square Tontine Holdings, which is run by the hedge fund manager Bill Ackman, raised $4 billion in an offering on the New York Stock Exchange. Social Capital, which is run by a former Facebook executive, Chamath Palihapitiya, has backed a handful, including one that merged with Virgin Galactic last year.

Michael Klein, a former Citigroup executive, has raised a handful of acquisition companies under the name Churchill Capital. Last month, one of his firms announced a $11 billion deal with the health care services provider MultiPlan.

So far this year, SPAC activity by dollar volume has almost doubled from all of last year, setting a record of $31.3 billion, according to SPACInsider. Credit Suisse has been the most active bank in underwriting the deals, SPACInsider reports, followed by Goldman Sachs and Citigroup.

“It’s always challenging to do a big I.P.O. above $1 billion, especially in today’s volatile environment and the time it takes to file and tell your story to investors,” said Boon Sim, the founder and managing partner of Artius Capital Partners, a private equity firm. Last year, for example, WeWork shelved its I.P.O. after investors grew wary about the office-space company’s management and financial prospects.

In June, Mr. Sim teamed up with Charles Drucker, a former chief executive of the payments company Worldpay, to start a $525 million SPAC that is looking to buy a technology or fintech company.

Pension funds, mutual funds and other investors have warmed to SPACs partly because low interest rates have forced them to search for higher returns.

Since 2018, SPACs have primarily acquired tech and industrial businesses, followed by energy and finance companies, with a typical deal value of close to $1 billion, according to a recent analysis by Goldman Sachs. Soon after offerings were announced, the average SPAC outperformed the stock market, Goldman found, but lagged the broad market after it completed an acquisition.

Mr. Ackman’s SPAC is the largest ever. His company says that because it has the right to buy additional shares of the target business, Pershing Square Tontine’s buying power could be as high as $7 billion. To make the deal more attractive to future investors, Pershing plans to eliminate a feature typical of acquisition companies that allows the sponsor — in this case Pershing — to buy 20 percent of the company it has merged with practically for free.

Mr. Ackman’s seven-person investment team is prospecting broadly for an acquisition target. It is looking for what it calls a “mature unicorn”: a high-quality, venture capital-backed business that was considering an I.P.O.; a distressed company owned by private equity backers; or perhaps a family-owned business. Pershing hopes to sign a deal by next summer.

“There are more large-cap private companies today than ever before,” Mr. Ackman said. In contrast to some of the more speculative deals he has observed, he contended, “we’re trying to merge with a business we can own for a decade.”

Mr. Burns of Lordstown Motors said his deal had come together after he made little headway raising money from investors through conventional means. Many people he spoke to were reluctant to take a chance on an untested company, especially once the coronavirus pandemic took hold this spring.

Executives at Goldman Sachs connected him to David Hamamoto, a Goldman alumnus who had a successful run in real estate investing. Mr. Hamamoto’s SPAC, DiamondPeak Holdings, had considered more than 150 companies for a potential deal.

Meeting early June, the two men traveled to Los Angeles to see a prototype of Lordstown Motors’ truck, the Endurance, and toured the company’s factory, a former G.M. plant in Lordstown, Ohio. In July, they began holding six to eight Zoom calls a day with institutional investors. After three weeks they had raised some $500 million in what is known as a private investment in a public entity, from companies like G.M., Fidelity, BlackRock and Wellington Management.

The deal gives Lordstown Motors an estimated valuation of $1.6 billion, and Mr. Burns said the company was now planning to start cranking out pickups next year.

Mr. Hamamoto said he was keen to invest in electric vehicles. He acknowledged that electric cars made up only about 2 percent of the U.S. market, but added that number could climb to more than 50 percent within 20 years, according to some analysts.

“You see what Tesla has done over the past year, and now everybody is taking note of this secular shift to electric,” he said.

Other start-ups are trying to compete head to head with Tesla, which also plans to make an electric pickup, but Lordstown Motors is focusing on what for now is a relatively uncrowded space — work trucks bought by electric utilities, construction companies and other businesses.

“The fact that we are going after the commercial fleet market is a differentiated value proposition,” Mr. Hamamoto said.

Lordstown Motors had orders for 15,000 trucks before the SPAC deal was announced at the start of this month, a number that quickly shot up to 27,000, or about $1.4 billion in potential sales, Mr. Burns said.

Of course, the company still faces challenges. Each wheel of the Endurance is powered and controlled by its own electric motor. That eliminates many moving parts like drive shafts and axles, but the design is relatively untested. Mr. Burns also has to hire engineers, line up suppliers and set up an assembly line.

Few start-ups have succeeded in the auto industry. Tesla, for example, struggled for years before recently reporting four consecutive profitable quarters. In 2019, its stock tumbled as sales sputtered.

Lordstown Motors’ transaction with DiamondPeak is scheduled to close in October. Mr. Burns said he hoped that the infusion of capital would be enough to get trucks rolling off the assembly line.

“We want enough upfront to get us all the way to the promised land,” he said.