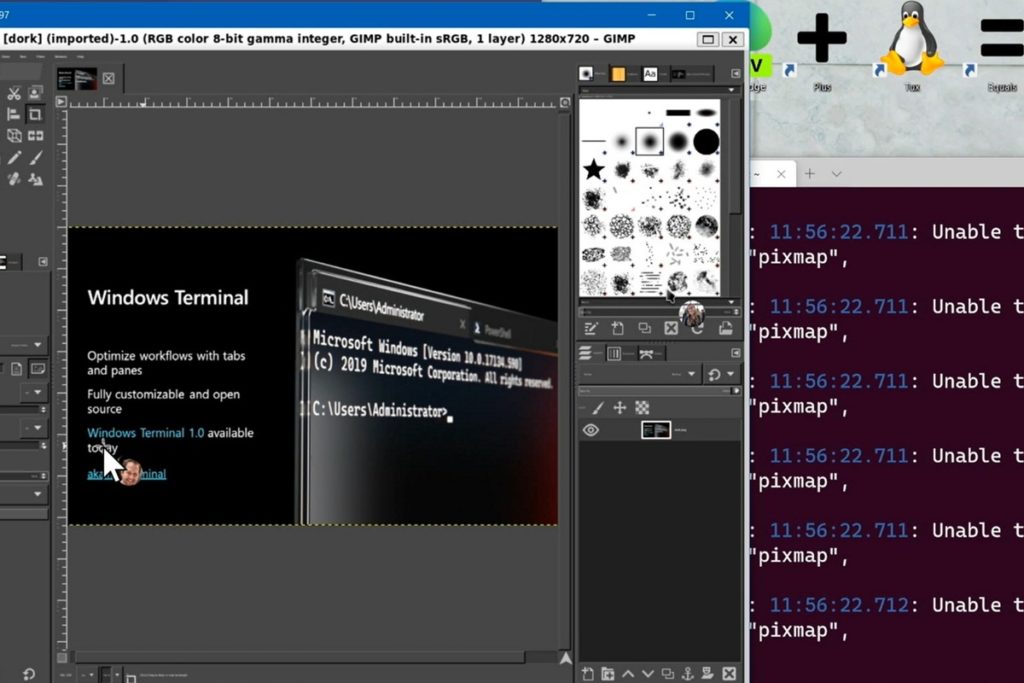 Microsoft is adding GPU and graphical user interface (GUI) support to the Windows Subsystem for Linux, pushing the intriguing Windows feature ever closer to becoming a full-fledged Linux instantiation. The company announced the changes during its digital Microsoft Build 2020 event for developers.

The Windows Subsystem for Linux is an optional feature within Windows, one that you never have to install if you don’t want to. Microsoft originally included the feature as a way for developers to work within a version of Linux without leaving the Windows environment.

Neither the original WSL nor the new WSL 2 are actually a “real” version of Linux, however. The chief difference is the one that Microsoft is going to solve: WSL2 doesn’t support a Linux GUI, which means that it’s an entirely text-based interface. (Developers can “create” graphics using text elements, like emoji do. Alternatively, they can use a Windows app to provide a graphical shell.) Now, Microsoft plans support for both GPUs and the Linux GUIs they’ll power.

The GPUs can be used for more than just a graphical shell, of course. In a blog post, Kevin Gallo, the corporate vice president of the Microsoft Developer Platform, explained that the PC GPU will be used to power machine learning scenarios and AI. Those scenarios can be run either under a GUI or the new Terminal app, also released in conjunction with the latest Windows 10 release, the Windows 10 May 2020 Update.

Terminal continues Microsoft’s recent trend of separating functions out of the operating system and into distinct apps, which allow them to be updated and released on their own schedule.

PowerToys gets some new toys

Another example of this is PowerToys, a package of utility apps that sits outside the Windows OS, yet serves as a sort of “official” modifications to allow you to tweak it. PowerToys previously delivered the excellent FancyZones utility, which allows you to automatically mix and match windows on your screen like Windows Snap on steroids.

Now, PowerToys has added PowerToys Run, an app launcher. It’s not exactly clear how PowerToys Run will launch apps better than the Start menu or the Windows search box, but it will be a free app for you to try out. A separate utility, Keyboard Remapper, allows you to reconfigure your keyboard to remap keys and map shortcuts to keys—so, presumably, you could launch Spotify by typing the “~” key.

At Build 2020, Microsoft will make waves by announcing something called Project Reunion, which will attempt to build out Microsoft’s modern app ecosystem by breaking down the barriers between traditional Win32 Windows apps and the new Universal Windows Platform (UWP) apps, like Windows’ Calendar and Mail apps. You’ll also see some early hints of WinUI 3, which could shape the future look and feel of Windows.

Project Reunion and WinUI will be initially aimed at developers for now. Over time, their effects will be more broadly felt, however. We’ll have to wait and see what impact the new WinUI has on consumers, and if Reunion helps grow the number of apps available to Windows users.