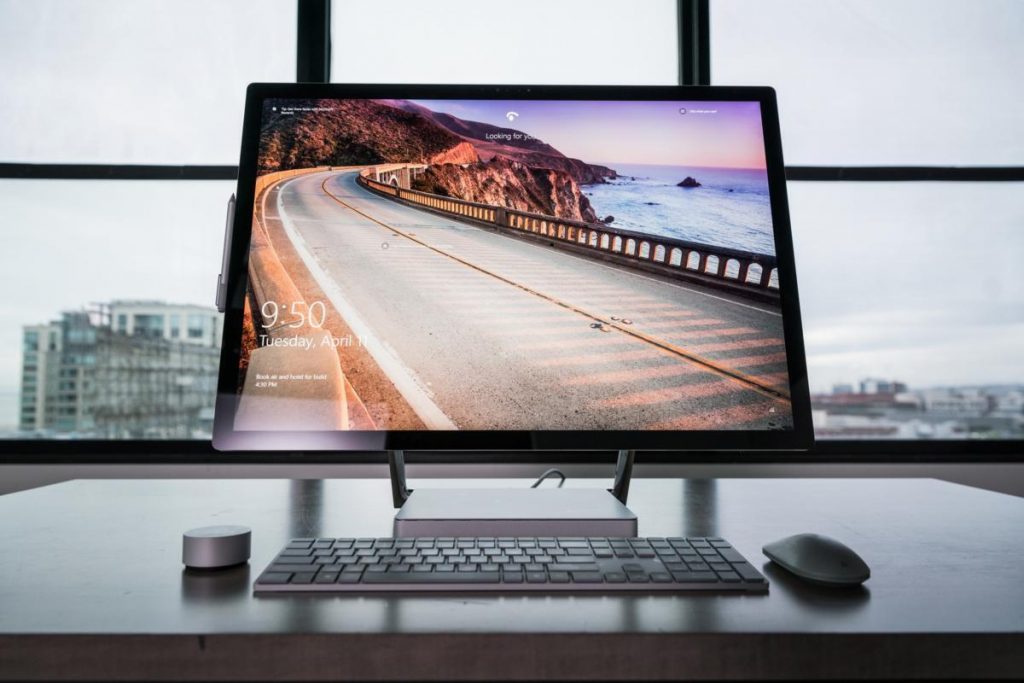 As Windows 10 turns five years old this week, it’s a good time to look at how much Windows 10 has changed the PC—with everything from Windows Hello to free updates, seemingly in perpetuity.

Microsoft began shipping Windows 10 to PCs on July 29, 2015 —“ordering pizza for 1.5 billion people,” as one Microsoft executive put it. Few remember now that PC makers barely made the launch, with even Microsoft admitting most PCs would ship with Windows 8 pre-installed instead—even as PC makers hoped and prayed that Windows 10 would outsell the debacle that was Windows 8.

Well, it did. Improvements like Windows Hello might be taken for granted now, but they were groundbreaking for their time. (Apple Macs still haven’t quite figured out what these “touchscreen” things are!) As Windows 10 celebrates its fifth birthday, let’s look back at 10 ways the operating system has transformed our computing lives…mostly for the better.

1. The power of free

Wow, a free upgrade? Chrome OS does it, as do Android, iOS, and now Macs. But at the time, a free transition from Windows 8 to Windows 10 still managed to make the world sit up and take notice, legitimizing the model so prevalent today.

What many don’t realize, however, is that so far Windows is one of the only Microsoft products to skip away from Microsoft’s pursuit of subscriptions, whether they be Microsoft 365, Xbox Game Pass, or a more generic support agreement. Many have wondered whether Microsoft would eventually establish “Windows as a service,” requiring users to pay for patches or new features. Microsoft has yet to make that leap, instead encouraging users to pay for Office and its Xbox game subscription. Really—a subscription for Microsoft Solitaire?

The downside of free is that you have to make money somehow. In Windows 10, Microsoft’s early answer to this question was data, and the telemetry that some saw as a privacy risk. (Here’s how to reclaim your privacy in Windows 10.)

2. Windows Defender: From zero to hero

Historically, if you wanted to protect your PC, you purchased an antivirus subscription. Microsoft promised to change all that with Windows 10’s free antivirus program, Windows Defender, which started out as notoriously subpar. But wait! Over time, Microsoft really beefed up Defender, and it went from the industry’s doormat to a champion in just a few years. Today, there’s an argument to be made that Defender is good enough to protect your PC—no subscription required.

3. Windows Hello and the death of passwords

Windows Hello could be the best feature Windows 10 added to the PC ecosystem. While fingerprint readers had been in use before then—Apple, for example, launched Touch ID in 2013 with the iPhone 5s—facial recognition via a PC’s user depth camera debuted with Microsoft, Windows 10, and PCs like the Lenovo Yoga 15. Windows Hello just worked then, and it still does today.

It hasn’t stopped there. Correctly recognizing that Windows users appreciated security but hated passwords, Windows 10 added PIN support, and two-factor authentication using an associated smartphone. Fingerprint readers or physical tokens can be added as further layers of security. Today, you can log into your Windows PC, as well as numerous apps, without the need to type in a password. It’s unquestionably one of the most important conveniences Windows 10 adds.

When you bought Windows XP, Windows 95, or Windows 98, you knew you were buying a suite of baked-in features, some patches, and a service pack or two. Today, Microsoft is constantly iterating, with free upgrades every spring and fall.

Re-reading our original Windows 10 review quickly reminds you that what was called “Windows 10” then is an entirely different operating system from what it is on PCs today—to the point that Windows 10 is now on its third browser, as we’ve moved from the hidden, legacy Internet Explorer through Microsoft Edge and now onto the “new” Edge. New features, such as the People app, came and went. While Microsoft sometimes over-promised and under-delivered, the early days of Windows 10 were a lively time.

If you’re a fan of frequent updates, that’s great. But one reason Microsoft diehards refused to budge from Windows 7 was a stubborn “if it ain’t broke, don’t fix it” mentality. In an abrupt about-face, however, Microsoft adopted that strategy over the last two years, with most recent updates devoted to incremental performance improvements.

It’s been a weird growth curve. While the Windows 10 Fall Creators Update positioned itself as an idealist out to change the world, the recent May 2020 Update is more like a burned-out office drone punching the clock.

The Windows 10 Insider program was a groundbreaking move by Microsoft. Opening its flagship operating system’s beta development to the masses allowed millions of invested users to help shape the OS while being granted access to its inner workings before official launches. New builds are released frequently for Insiders to test.

Managing the cacophony of suggestions, bug reports and snark within the Windows 10 Feedback Hub is a huge task. Microsoft still rightfully takes heat for missing reports of showstopper bugs amid the noise. But the ability to track changes and updates before they’re pushed to the public benefits analyst, reporter, user, and IT admin alike, and is one of Microsoft’s best accomplishments. Even better, the monthly, informal podcasts with the Windows Insider team are a great opportunity for average users to ask questions and give feedback to help influence Windows’ direction.

We still can’t quite believe that the company previously famous for bashing Linux would actually build a Linux shell into its prize operating system. But that’s what happened when Windows built in the Windows Subsystem for Linux, which originated as a text-driven Linux interface. That the company is now teasing a GUI interface for Linux as well as GPU compute capabilities means that you have an easy way to try out Linux within Windows. Again, it’s just crazy…and cool.

7. What exactly is an app, anyway?

A decade ago, life was simple: Windows users lived in a world of Win32 applications, with updates and patches and a new Office suite every few years. But with Windows Mobile and Google Docs on the horizon, Office 2010 launched Microsoft’s suite of “companion” web apps. That online/offline dichotomy was fully entrenched by the time Windows 10 rolled out.

Windows 10 shattered the concept of an app into pieces. Windows 10 began with purpose-built, specialized UWP apps like Mail and Calendar existing alongside Office 365 apps like Outlook—which, because they were subscription-based, were regularly updated with new features. UWP apps were updated on the same cadence as Microsoft’s feature updates—until they weren’t. Now these UWP apps have their own feature roadmap and schedule.

Those app roadmaps are often fragmented into different “limited preview,” “preview,” and “shipping” schedules, which may differ by geography and by platform. (Oh yes—some features arrive first on the web version of the app, then on the desktop, and separately on the mobile counterparts for iOS and Android.) Microsoft Teams—an app—has its own apps! And let’s not even talk about PWAs, or webpages that can be “saved” as “apps” in your Start menu. Madness!

Apple’s regimented rollouts look very much like a Roman legion taking to the battlefield in tight formation. Apps within Windows sometimes remind me more of a howling mob of barbarians storming the gates.

If educators considered Windows 10 to be a simple, easily-managed operating system that a second-grader could navigate, it’s possible that Windows 10 S would have never come to be. But until Microsoft gains a foothold in American K-12 classrooms, it’s likely we’ll see Windows 10X positioned as the next great education OS.

Compared to the number of times my fingers tap my keyboard’s keys, the amount I touch my laptop’s touchscreen is infinitesimal. Using a pen? Eye tracking? Even less. But yes, I do holler at Cortana across the room. All of them have an important place in my work, and all of them are modalities Microsoft has steadily prioritized throughout the development of Windows 10.

I use each of these as ways of interacting with Windows and my PC, for productivity’s sake. But for many users with disabilities, one or a combination of these input mechanisms may be the only way they can interact with a PC. Neither Apple (touchscreens…on a Mac?) nor Google get anywhere close to the level of accessibility that Windows 10 offers.

10. The dreams that died

In some cases, Windows didn’t change the world—the world changed it. We remember the features that rose in a blaze of glory…before they died a sputtering death, or otherwise shuffled into obscurity. We tip our hats to the HoloLens mixed-reality headset; the fun Story Remix app with 3D animations you could insert into your photos and videos; the utopian vison of Paint 3D and its trove of shareable images.

And then there was Cortana, one of, if not the flagship feature of Windows 10, with voice actress Jen Taylor’s cheery voice welcoming you to the world of Windows. Today, Cortana’s not so much the voice of Windows as just another Windows 10 app, with neither an appliance nor a mobile operating system to call home.

Windows 10 Mobile is another sad story. It sat by and watched Google’s Android and Apple’s iOS take over the smartphone market, as Microsoft’s mobile ambitions died a slow, painful death.

But there’s a bright note, too: Microsoft’s mobile apps for Android and iOS are excellent, especially Outlook, and the company’s been busy enriching Teams and its other mobile apps with complementary features. Microsoft may not have a mobile version of Windows 10, but its mobile app ecosystem is surprisingly robust.

What’s next for Windows? Well, if recent reports are true, development on Windows 10 could slow, as Microsoft shifts its efforts to the cloud and to Windows 10X. Windows 10’s future could hold yet more game-changing features. For now, however, we’ll have to wait.