The total number of Flatiron School cuts was not immediately apparent.

Spokeswoman Nicole Kroese said some leaders were affected by layoffs. She declined to comment on specifics, including how many total were affected. Calling the cuts “unfortunate,” Kroese said employees received unspecified severance.

Kroese also said that enrollment is paused for several Flatiron School programs, but did not specify which are running and which are closed.

A WeWork spokesman has repeatedly declined to discuss the size and scope of the rolling layoffs, which the CEO has said would finish by the end of the month. Other venture-backed companies, like Airbnb, have detailed recent layoffs of full-time workers publicly.

The WeWork spokesman declined to comment on Flatiron School’s layoffs.

The latest cuts are on top of the thousands of jobs the coworking company has slashed since its initial public offering imploded last year. The laid-off WeWork employees received the same severance as those affected by the November cuts: four months of salary and benefits. The total number of recent cuts was not communicated to employees, multiple sources said.

Departments such as business operations, sales, and physical product, which includes design, were affected in the WeWork cuts last week, and IT lost about 200 jobs. WeWork’s community team, who work in the company’s more than 800 locations, will have to apply for new jobs under a reorganized team structure.

WeWork is also planning job cuts in Europe. The company told some staff in London last week that it was beginning the 45-day consultation process required by UK law, and the final number of job cuts is not yet clear. None of the jobs in WeWork’s last consultation remained after the process finished.

In November, WeWork employees were laid off en masse, with New York employees reporting to WeWork’s Manhattan headquarters with their company-issued electronics to turn in over the course of a day. Dozens were laid off from Flatiron School, Business Insider previously reported.

CEO Sandeep Mathrani signaled to staff at an all-hands meeting earlier this month that he wanted to take a similar approach to this round of layoffs, which he said would be finished by the end of May.

“I want to do it once and know we have a company we can all move forward with,” Mathrani said. Now, though, the layoffs appear to be rolling out over days and weeks.

Many of WeWork’s venture-backed competitors have already cut staff as the coronavirus pandemic ravages the real-estate market, dampening demand for office space that sits empty during shelter-in-place orders. So far, 435 total employees have been affected at Convene, Industrious, and Knotel.

Read more: The coronavirus is a ‘nuclear bomb’ for companies like WeWork. 10 real-estate insiders lay out the future of flex-office, and how employers are preparing now.

WeWork execs had previously publicly projected confidence about weathering the coronavirus pandemic, with a March letter to investors reassuring them that the $4.4 billion in cash and cash commitments on hand at the start of 2020 was enough to execute the company’s five-year plan.

SoftBank, WeWork’s biggest investor, earlier this month scrapped a planned purchase of $3 billion worth of WeWork shares from other investors and employees, including former CEO Adam Neumann. The decision also most likely means WeWork will no longer be able to tap into a $1.1 billion credit line from the Japanese conglomerate since that debt financing was conditioned on SoftBank completing its share-purchase plan.

And earlier on Thursday, SoftBank bumped up its estimate for how big a hit its $100 billion Vision Fund would take from its WeWork investment and subsequent bailout.

Business Insider reported earlier this month that WeWork’s maintenance outsourcing provider JLL cut some of its cleaning staff, even as buildings stayed open during the pandemic. It was unclear how many of those contract employees were cut, though all staff with the title “community service associate” were laid off. A source with knowledge of the business told Business Insider it was not a majority of the 1,000 WeWorkers who were outsourced to JLL in December.

According to its website, WeWork has not shut down any of its US locations over the coronavirus because some of its members are essential, and WeWork provides mail and other services. Still, members have told Business Insider they were still expected to pay WeWork April rent, even if they are nonessential businesses that cannot enter the space.

SoftBank-backed companies have cut more than 3,300 employees in 2020, with many of those layoffs coming before the pandemic.

Have a WeWork tip? Contact this reporter via encrypted messaging app Signal at +1 (646) 768-1627 using a nonwork phone, email at mmorris@businessinsider.com, or Twitter DM at @MeghanEMorris. (PR pitches by email only, please.) You can also contact Business Insider securely via SecureDrop. 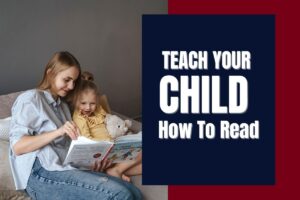 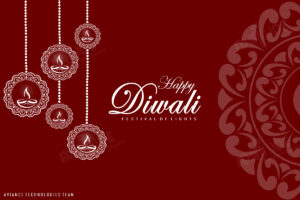 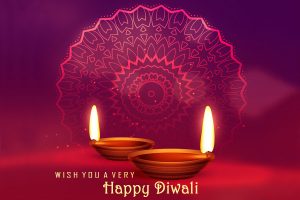