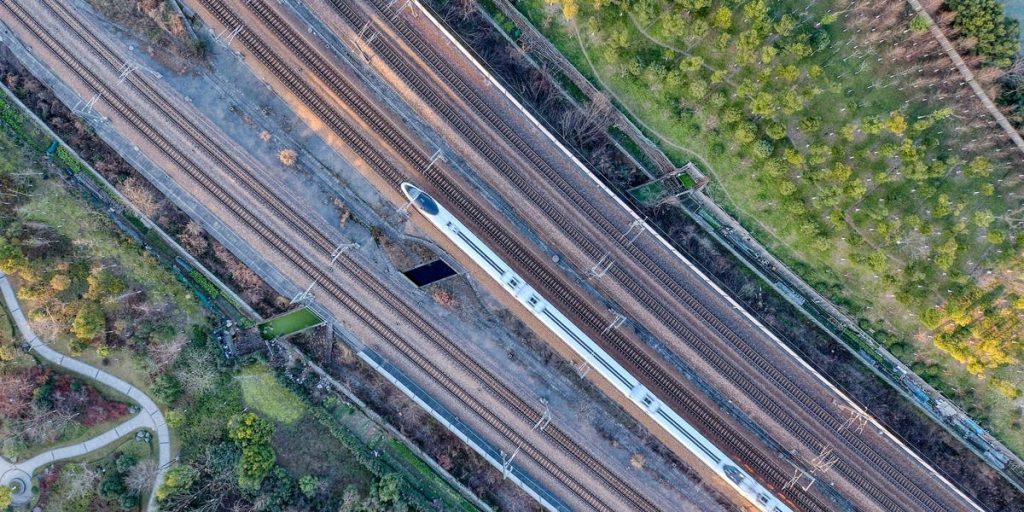 Infrastructure conversations often center on the funding needed to maintain decades-old roadways, highways, utilities, and other systems. But according to government leaders on a recent panel, “Infrastructure and Innovation,” cities should be thinking more about innovation and making infrastructure decisions that are relevant for the 21st century.

The session, held on September 17 and hosted by Washington Post Live and Siemens USA, was part of United for Infrastructure 2020, a week-long virtual event bringing together stakeholders across different sectors to discuss the value of infrastructure to the economy and citizens.

“We talk a lot about the need to simply invest more money in infrastructure, and of course this includes everything from fixing the potholes in our roads, our bridges that are literally falling down, to investing in high-speed broadband all across America, including rural America,” US Rep. Seth Moulton (D-Massachusetts) said during the panel. “But while everyone agrees we have an infrastructure deficit, I think what we don’t talk about enough is how to truly invest in 21st-century infrastructure.”

This is especially important now, as most mayors expect their cities’ operating budgets will drop in the next 12 to 18 months, with 66% saying COVID-19 is to blame for the decline, according to a new US Conference of Mayors (USCM) study conducted with Siemens USA and the Harris Poll.

With money tight, investing in infrastructure to create jobs and grow their local economies is mayors’ top priority. Dedicating resources to innovative, tech-focused, and environmentally forward initiatives may offer the best payoff in the long run.

High-speed rail, not highways, may make more sense for the future

The transportation system is one example of how infrastructure initiatives don’t always factor in the future. Japan, China, and many European countries have invested heavily in high-speed rail, which is faster, more efficient, and better for the environment, while Moulton said the US is “doubling down on highways.”

“We’re still pouring billions and billions of dollars into a 1950s-era highway system without investing in high-speed rail,” he said.

In May, Moulton proposed a plan to invest $205 billion over the next five years to build a coast-to-coast high-speed rail network, which he said would create 2.6 million jobs, reduce strain on highways, and encourage global competitiveness. “This is a better use of our transportation dollars,” he said during the panel.

Fear over contracting COVID-19 has curbed the public’s use of public transportation, however, and the demand for new and used cars has grown.

“Life is going to get back to normal,” Moulton said, and congested and crumbling roadways will continue to be a nuisance for commuters. “The question is, are we going to recreate the infrastructure that we built in the 1950s or are we going to build a next-generation infrastructure system that includes high-speed rail, high-speed broadband, next-generation technologies like 5G to reach everywhere in America and truly improve the quality of life for Americans?”

According to the USCM study, 84% of mayors said it was more important to dedicate resources to technology, including 5G and universal WiFi, to help residents working remotely than to commercial buildings. But 97% still agreed investing in the technology needed to reimagine, change, or adapt how commercial buildings are being used is vital to their city’s future.

Access to broadband internet has been a key discussion point during United for Infrastructure 2020, as the pandemic has put the digital divide on display. Advocacy group Broadband Now estimates that more than 40 million Americans lack access to broadband, with rural areas and communities of color hardest hit.

Cities across the country have been working on solutions to address the problem, and many are partnering with tech companies to do so. Denver, for example, joined forces with Comcast to bring the Internet Essentials program to the city to offer free or low-cost broadband to low-income households.

“Everybody was blown away to learn again that we still have this gap existing, this digital divide that separates the haves and the have-nots in our communities,” Denver Mayor Michael Hancock said. “Too many of our children were lost because they did not have the ability to get online at home.”

“In order to be relevant in the next decade, we need to invest in our infrastructure,” he said. “We’re looking at doing creative things, like using drones for traffic monitoring and smart poles that allow residents to connect throughout the city, and for our first responders to have access to broadband and WiFi throughout the city. And that’s a major expense.”

Investing in technology that will make cities more environmentally sustainable is another concern for officials. According to the USCM poll, 78% of mayors placed a high priority on reducing energy costs and emissions, and nearly 70% were prioritizing investing in infrastructure for electric vehicles in public transit and in “resilient energy projects” to address power outages. Developing more sustainable ways to generate power is also important.

Water utility officials discussed how many of the utilities across the country are redesigning and innovating their capabilities on the panel “HQ 2.0: Infrastructure Innovations at Utility Headquarters.”

The San Francisco Public Utilities Commission, for example, implemented an onsite water recycling program, where rainwater and water produced at its facility runs through a treatment system, is disinfected, and then is used to flush toilets in the building, the commission’s director of water resources Paula Kehoe said.

“We have been able to save over 50% of our indoor potable water demand as a result of this system,” she said.

Using the headquarters as a model, in 2015, the city of San Francisco began requiring all new developments in the city over 250,000 square feet to recycle water on-site for the building’s toilet flushing and irrigation.

“These technologies not only have a big potential for managing utilities’ bottom line, and by extension the affordability of services to their customers, but also they really demonstrate the leadership that some utilities are doing to be anchor institutions in their communities by being good stewards of resources,” he said.