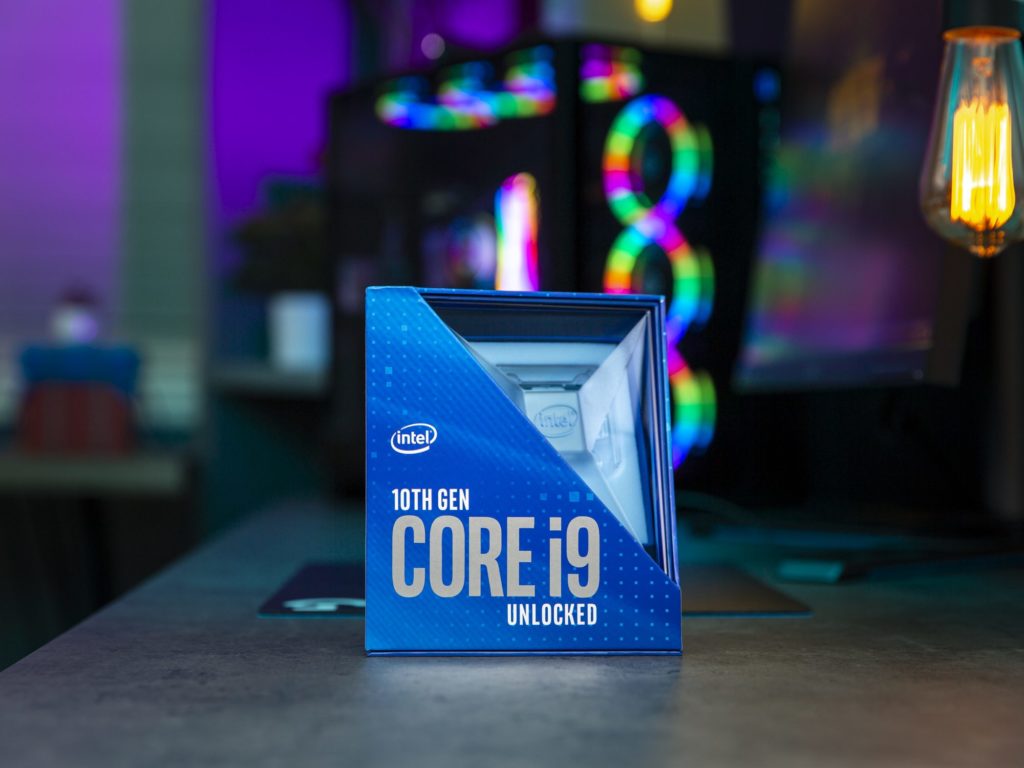 Understanding Intel Comet Lake-S: what does it really offer?

Intel’s processor performance stagnated in recent years without a strong competitor, but with AMD’s Ryzen processors mounting pressure on Intel’s consumer segment, the blue team has finally changed tactics after enjoying nearly a decade of supremacy. 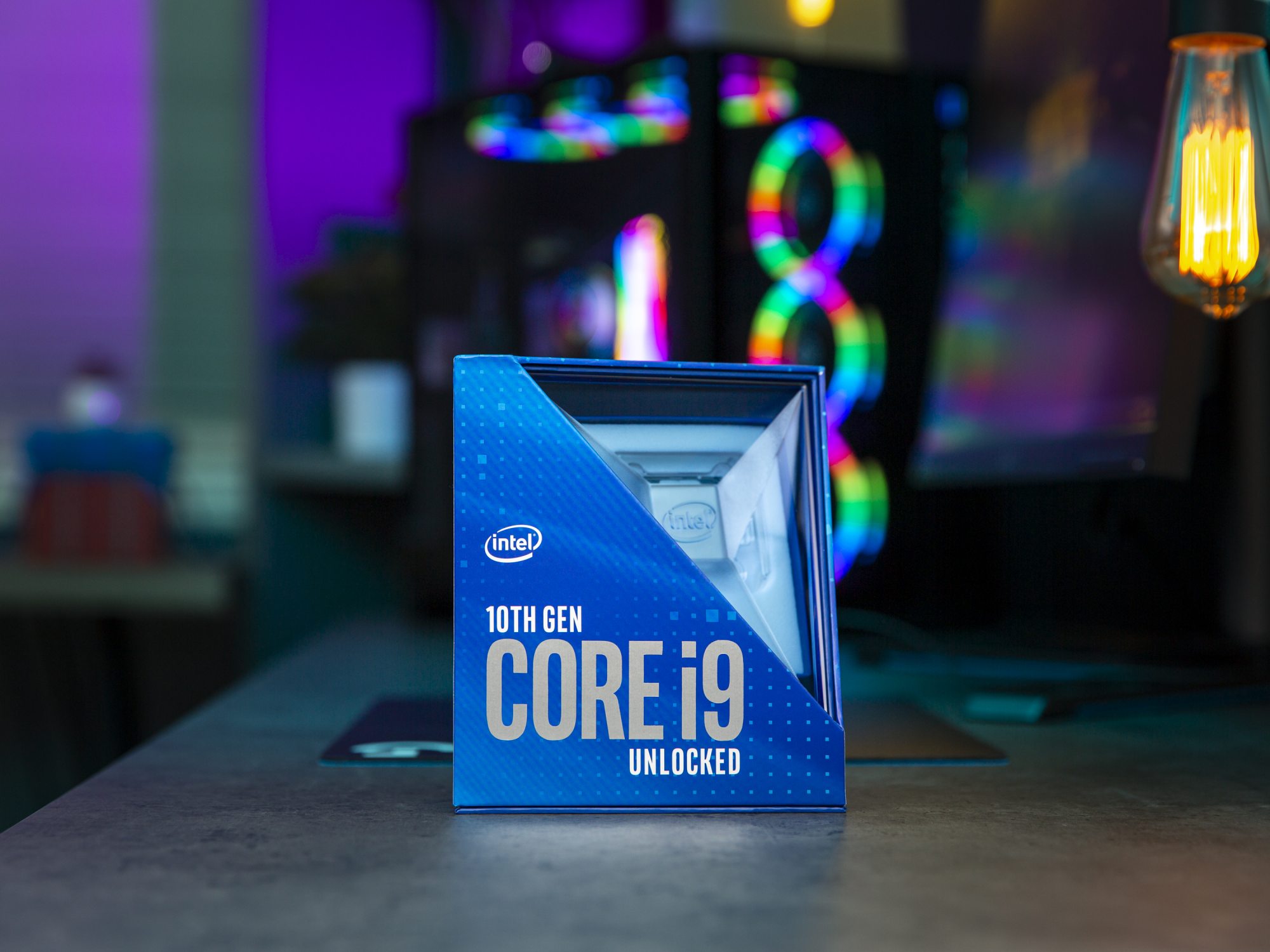 The heated competition between Intel and AMD resulted in a 10-core Intel processor for under CA$720. Additionally, almost all Intel processors now have hyperthreading. Some lower-end 9th gen Intel chips even received unlocked multipliers for overclocking, a feature that’s previously gatekept for higher-performing products.

To score a win this round, Comet Lake-S must surmount two roadblocks: AMD being the obvious one, and its own older chips being the other. It needs to demonstrate significant performance advantages against AMD’s Ryzen lineup as well as Intel’s 8th and 9th gen processors.

With a mountainous chip on its shoulder, let’s see what Comet Lake-S has to offer.

Let me explain. Intel initially launched its “10th gen” Core i9-10900X series back in December 2019 under the code name Cascade Lake-X. While Comet Lake-S and Cascade Lake-X share a generation number, there are a few differences between them.

The Core i9-10900X series was launched for Intel’s X299 platform and socket LGA2066. Their core count spans from 10 cores to 18 cores. Being a high-end desktop (HEDT) component, Cascade Lake-X supports premium features like quad-channel memory and up to 48 PCIe 3.0 lanes. With that said, Cascade Lake-X need X299 motherboards, which are generally costlier than Intel’s consumer-oriented motherboards. In terms of microarchitecture, Cascade Lake is a revised version of Intel’s Skylake architecture. Its arrival was largely seen as a knee-jerk reaction by Intel to compete against AMD’s Ryzen 3900X and Ryzen 3950X processors.

Comet Lake-S, on the other hand, is a re-optimization of Intel’s Coffee Lake processor – which is a refresh of Kaby Lake – which in turn is an optimized Skylake. It’s built on the now very mature 14nm transistor node (part of the reason for its high frequency). The top-end Core i9-10900K Comet Lake-S processor features identical core count, cache size, and frequency as the lowest end Core i9-10900X Cascade Lake-X processor–albeit at a lower 125W TDP versus 165W on the Cascade Lake.

To complicate things further, Intel’s 10th generation mobile processors have two radically different architectures. Ice Lake processors mark Intel’s prophetic leap to 10nm transistors, use a new Sunny Cove core architecture, and features the vastly improved Iris Pro 11 graphics. And yet, they’re grouped together with Comet Lake mobile processors, which is built on 14nm transistors and is a refreshed Whiskey Lake from last gen. Despite their differences, the front-facing marketing describes them under the same “10th gen” blanket, causing confusion for those out of the loop.

All Intel Comet Lake-S processors support dual-channel DDR4 RAM. The higher-end Core i9 products support up to 2,966MHz, while everything else supports up to DDR4 2,666MHz. Do note that the official memory frequency ratings describe the maximum stable frequencies tested by Intel. They can be overclocked manually or by selecting a different extreme memory profile (XMP) in the motherboard’s UEFI.

The Intel Z490 platform will support up to 40 PCIe 3.0 lanes. Intel has chosen not to bring PCIe 4.0 in this refresh cycle, something that’s already available on AMD’s 500 series platform. I won’t fault Intel too hard here as the only realistic consumer use case for PCIe 4.0 is PCIe 4.0 SSDs. Interestingly enough, Z490 motherboards can already support PCIe 4.0, it’s the processors that don’t.

During the launch presentation on April 28, Intel touched on a few miscellaneous design changes, including tweaks to the integrated heat spreader (IHS). Comet Lake-S continues to use soldered thermal interface material (STIM) under the IHS (as opposed to less efficient thermal pads), but Intel has reduced the thickness of the die. The extra room allows for a thicker IHS, which Intel claims to conduct more heat. One journalist asked during the session why Intel didn’t simply reduce the overall height of the package and whether a thicker IHS actually helps. Intel did not address that question.

Intel’s Extreme Tuning Utility (XTU) now also offers the ability to disable processor cores on the fly for applications that are optimized for fewer cores. I can see this being useful for a few niche workloads but shouldn’t impact a general consumer all that much.

At the top of the Comet Lake-S stack is Intel Core i9-10900K, a 10-core, 20-thread processor designed for enthusiast gaming and home workstation builds. Using Intel’s Thermal Velocity Boost (TVB), a feature that temporarily increases the processor’s frequency to beyond Intel’s Turbo Boost values if there’s enough thermal room, the Core i9-10900K can reach up to 5.3GHz on single-core and 4.9GHz on all cores as long as the temperature remains under 70°C (AMD’s version of the same concept is called XFR, or Extended Frequency Range). Furthermore, the processor is unlocked for manual overclocking. Directly below is the Intel Core i9-10900KF, a variant that retains the frequency and overclocking capability of the flagship model but cuts the integrated graphics processor for US$16 less. As an FYI, Intel’s F suffix indicates that the processor lacks integrated graphics, while K means its supports overclocking.

The i9 range is further divided into the Core i9-10900 and Core i9-10900F, which run at a slightly slower 5.1 GHz single-core turbo/4.5GHz all-core turbo, or 5.3GHz/4.6GHz on VTB. They can’t be overclocked, but they’re also cheaper and feature nearly half the thermal design power (TDP) as the unlocked parts. These are the best bet if you want to drop 10 cores into a system without compromising power.

We have AMD to thank for pushing Intel to increase core count on its midrange Core i7 and Core i5 lineups. They feature six and eight cores respectively and should prove capable in day-to-day productivity and gaming. The suffixes are largely the same here. Both feature SKUs with the K-suffix for unlocked multipliers and the F-suffix for the lack of integrated graphics.

In the last generation, Intel cut hyperthreading for its Core i5 processors to avoid overlaps with the Core i7s. This time around, all Core i5 and Core i7 processors have hyperthreading. An interesting detail is that the TDP for top-end Core i5 processors, namely the Core i5-10600K and the Core i5-10600KF, has been raised to 125W from 95W. The extra thermal room once again translates to frequency: both chips have higher single and all core frequencies than the previous gen.

We’re greeted by Intel’s Core i3 processors further down the stack. It still amazes me that a four-core, eight-thread processor that Intel used to charge nearly $400 for can now be had for just around $200. Although there is no Core i3 SKU with an unlocked multiplier, all Core i3 processors feature hyperthreading and integrated graphics. They should make excellent contenders against AMD’s Ryzen 3 processors for budget gaming PC builds.

All these talks about higher core count and frequencies sound like tempting upgrades, but understand that with the new Z490 platform comes the new LGA1200 socket. This means that you must buy a new motherboard in addition to the processor. 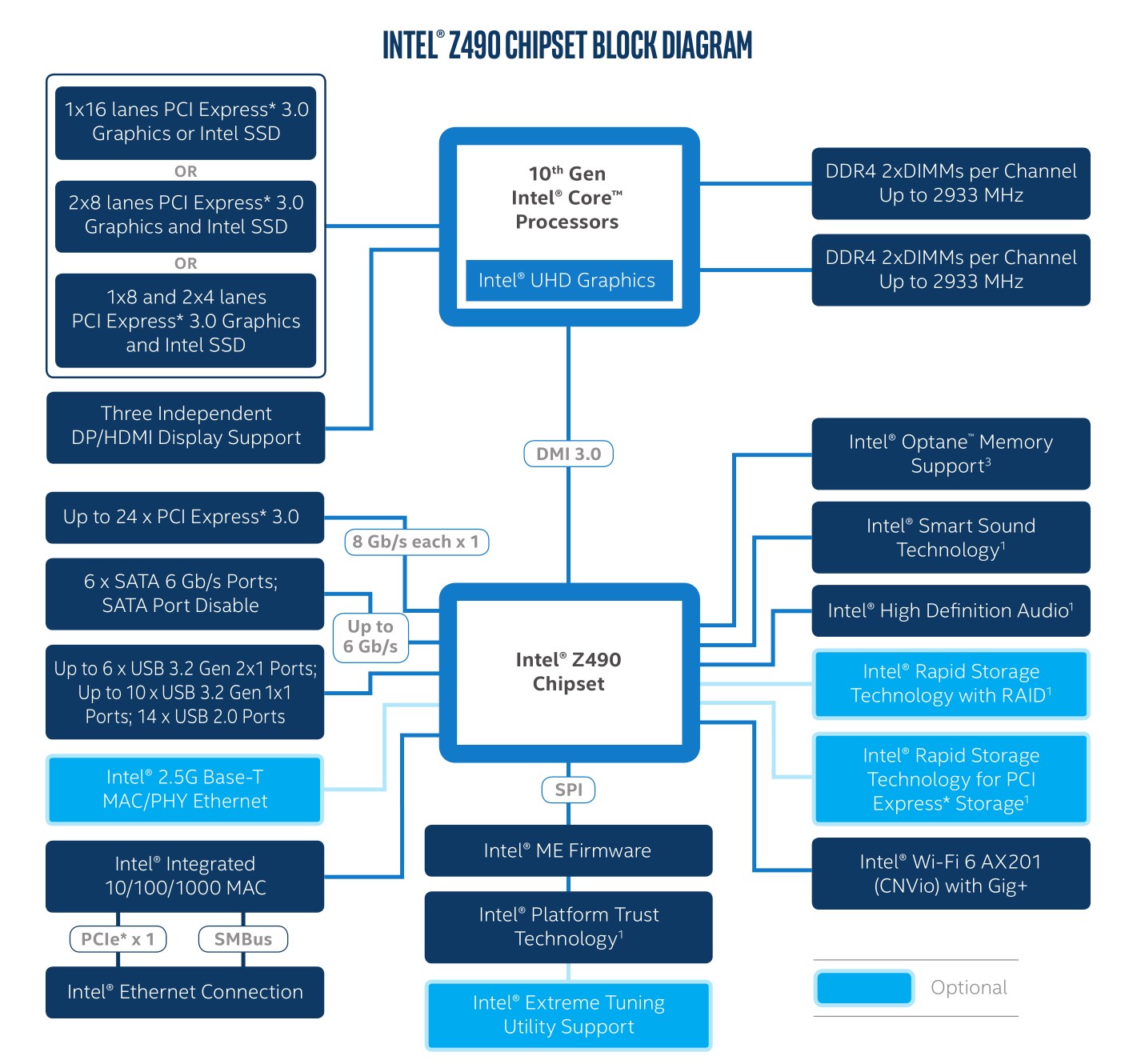 The good news is that Z490 motherboards will support Intel’s Rocket Lake processors once they release later this year. Moreover, LGA1200 uses the same CPU cooler mount as LGA1511 so you can reuse your current cooler. Just make sure it’s beefy enough to help sustain TVB clocks for as long as possible.

Will it be enough?

Even with aggressive price-cutting and increasing core count, Comet Lake-S will still face stiff opposition from AMD’s Ryzen processors. On the high-end, Comet Lake-S must face off against AMD’s Ryzen 9 3900X, a 12-core processor in the same price bracket as the Core i9-10900K. It will be interesting to see if Comet Lake-S’ two extra cores and frequency boost will be able to grant it the edge it needs.

AMD recently bolstered its Ryzen lineup with the affordable four-core, eight-thread Ryzen 3 3100 and Ryzen 3 3300X. They compete against Intel’s quad-core processors but sidesteps the price. Marked at around CA$140 and CA$170 respectively, they’re a hair under the lowest end Intel Core i3-10100, offering even more value options for office PCs and budget gaming systems.

There’s going to be a bloodbath in the midrange as well. Core i5/i7 Comet Lake-S processors will undoubtedly meet their match against AMD’s Ryzen 5/7 series. There’s the mobile front to consider too. AMD’s Ryzen 4000 processors for mobile can trade blows against Intel’s Ice Lake mobile processors. 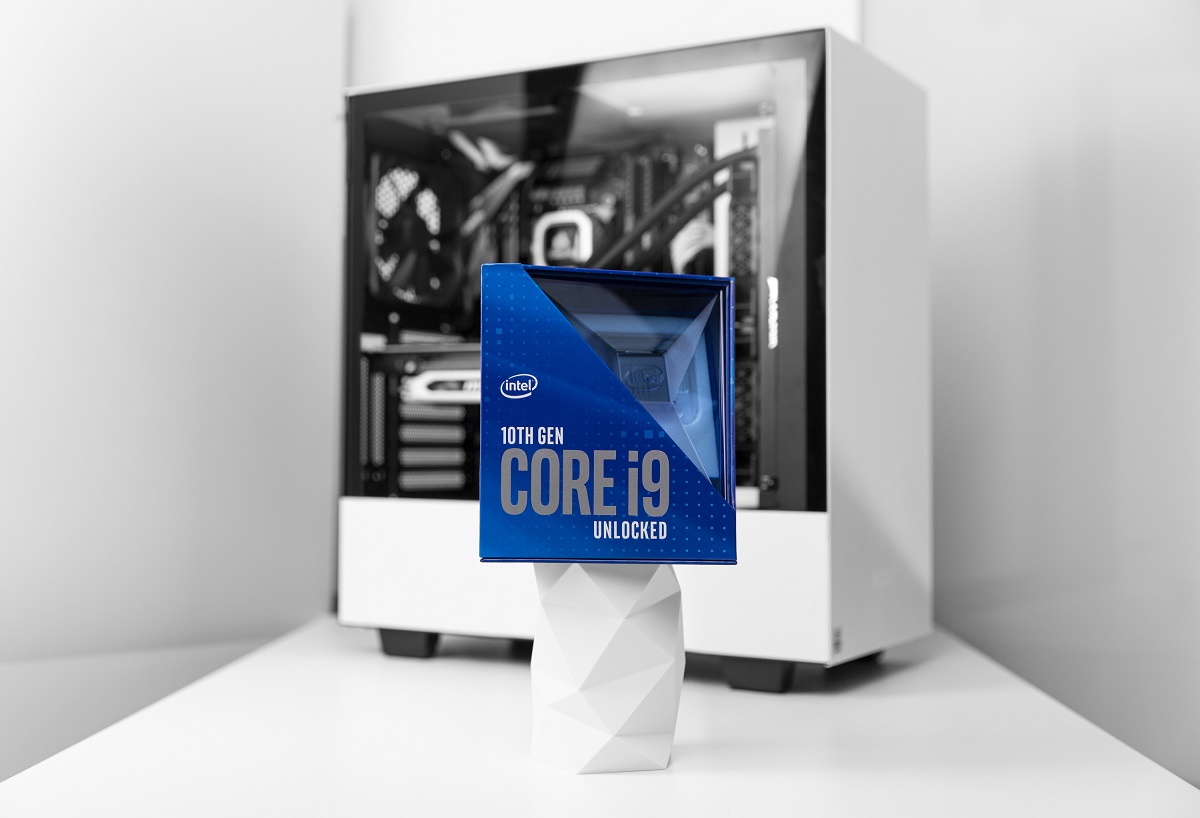 Moving onto a blue-on-blue situation, Intel needs to incentivize users running its older platforms to upgrade. Because Comet Lake-S is a refreshed Coffee Lake, its higher thread count and clock speed will play a heavy role in retiring these still-capable older chips. The performance uplift needs to be significant enough to justify purchasing both a new processor as well as a new motherboard.

Regardless of whether Intel succeeds in this generation, I’m glad that it’s forced to add value to stay competitive. In the coming weeks, keep an eye out for reviews and performance analysis from us, as well as veteran tech media like AnandTech, Tom’s Hardware, Hardware Unboxed, Gamers Nexus, and Tech Spot. The competition between red and blue can only grow fiercer from here–and we’re the beneficiaries.