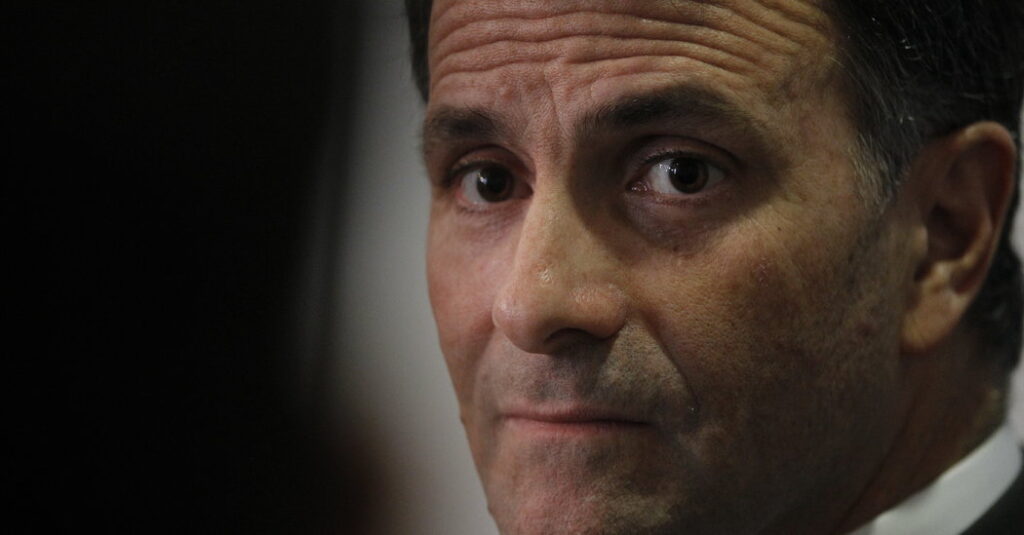 Jack Abramoff, the disgraced lobbyist whose corruption became a symbol of the excesses of Washington influence peddling, is set to return to jail for violating the law that was amended in response to his earlier crimes, law enforcement officials said on Thursday.

Prosecutors said Mr. Abramoff, 62, is the first person charged with flouting the Lobbying Disclosure Act, which was amended in 2007 after details of his earlier scheme, one of the biggest corruption scandals in modern times, emerged. He pleaded guilty to the lobbying violations and to criminal conspiracy for secretive and misleading work he did on behalf of cryptocurrency and marijuana projects, according to court documents.

Prosecutors in San Francisco said that in 2017, Mr. Abramoff secretly agreed to seek changes in federal law — and met with members of Congress — on behalf of the marijuana industry without registering as a lobbyist.

“Abramoff was aware of the obligations to register as a lobbyist in part because Congress amended provisions of the Lobbying Disclosure Act in 2007 in part as a reaction to Abramoff’s past conduct as a lobbyist,” court documents said.

The charges against Mr. Abramoff carry a maximum sentence of five years.

Mr. Abramoff was also charged over his involvement with AML BitCoin, a digital token that claimed to solve the problems with anonymity and money laundering that have plagued Bitcoin.

The project was publicly led by a Texas man, Marcus Andrade, who set out to raise $100 million for the project from ordinary investors in 2017 when thousands of similar digital tokens promoted so-called initial coin offerings. Prosecutors also unsealed federal charges against Mr. Andrade on Thursday; he has pleaded not guilty.

The legal filings indicated that Mr. Abramoff worked behind the scenes with Mr. Andrade to market AML BitCoin to potential investors with a series of false claims. At one point, they said the N.F.L. had rejected a Super Bowl ad for the project, a claim the N.F.L. rebutted.

Prosecutors said that Mr. Abramoff promoted these claims, which he knew were false, in meetings with investors and in articles that he wrote and arranged to have published.

The project eventually raised $5.6 million from investors, some of which was redirected for personal use, officials said. Investors received tokens, but they had “no practical use,” according to the legal filings.

Mr. Abramoff made a public show of having rehabilitated himself when he was released from prison in 2010 after serving nearly four years for a variety of charges related to corrupt lobbying as part of a conglomerate that defrauded Indian tribes of millions of dollars and used much of that money to try to win favor with lawmakers.

But in 2017 he attracted attention when he announced that he would be in a television show, “Capital Makeover: Bitcoin Brigade,” in which he would serve as a tutor and guide to the AML BitCoin project.

“When Marcus approached me, I didn’t know a bitcoin from a sirloin,” he said at the time. “I pledged to do whatever I could to help — short of lobbying Congress myself.”