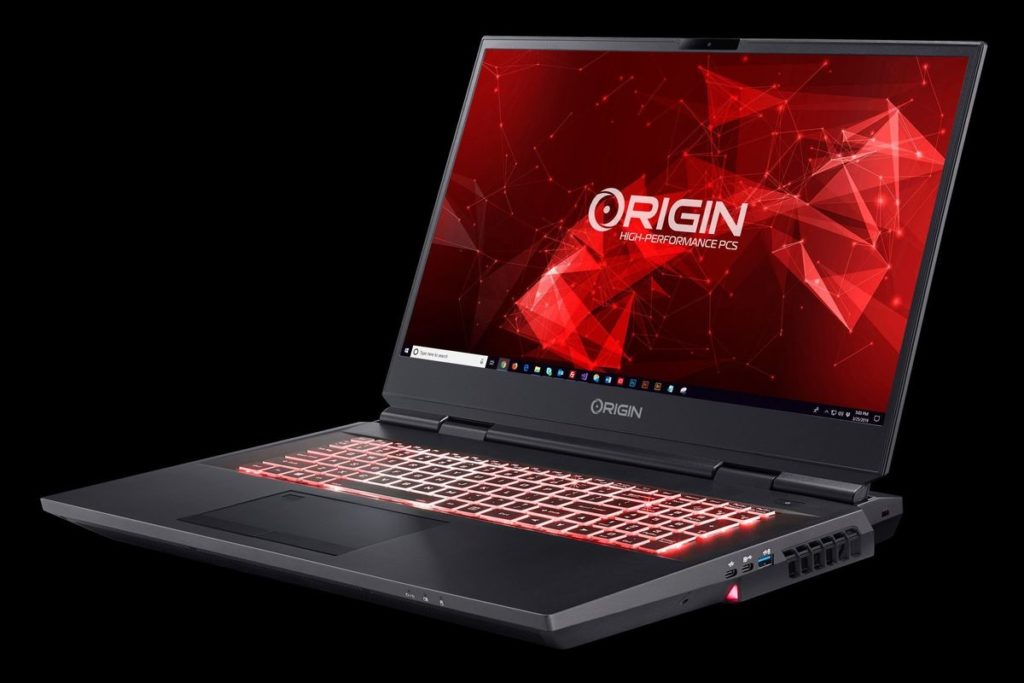 Today, Intel launched its badass new 10th-gen Core processors, cramming them with more cores and higher speeds than ever before. And the crazy kids at Origin PC have already shoved Intel’s most powerful desktop CPUs into—get this—a pair of laptops. The upgraded Origin EON17-X and its workstation equivalent, the NS-17, both come loaded with Intel’s beastly Core i9-10900KF processor.

Intel’s desktop flagship blows away what you’d typically find in a notebook, bringing 10 cores, 20 threads, and up to 5.3GHz clock speeds to bear. Heck, its all-core turbo can hit a blistering 4.9GHz.

The “F” in “Core i9-10900KF” denotes a lack of integrated graphics. That’s where Nvidia comes in. Origin outfitted the EON17-X with up to GeForce RTX 2080 Super graphics. It’s a mobile part, unlike the CPU, but it’s running in a “Max-P” configuration for maximum performance rather than a more energy-efficient Max-Q setup. You can pay extra to get it factory-overclocked, too.

That high-end GPU feeds a roomy 17.3-inch display powered by Nvidia’s G-Sync technology for buttery-smooth gaming, in the resolution of your choice: 240Hz or 144Hz at 1080p, or 60Hz at 4K. That luscious 4K display seems better suited for content creators, as it also displays 100% of the Adobe RGB color palette.

Yes, this desktop-in-disguise should kick ass at running ray-traced Minecraft.

The rest of the loadout can be configured with similarly impressive specs. The EON17-X can support up to 8TB of total storage across its multiple connections, and up to 64GB of RAM in its four memory slots, with an 128GB option “coming soon.”

When it comes to ports, this desktop replacement offers a desktop-worthy collection. You’ll find Thunderbolt 3 (with DisplayPort 1.4 support), a trio of USB 3.2 type-A ports, a pair of USB 3.2 type-C ports, a pair of mini-DisplayPort 1.4 connections, HDMI out, ethernet, and a microSD card reader. Phew. Eat your heart out, MacBooks. And because audio is just as important as video, the EON17-X comes with Creative’s Sound Blaster Atlas and Super X-Fi tech built in, too, bolstered by 3.5mm mic and headphone jacks.

Of course, Origin wouldn’t release a laptop without putting its own spin on things, too. The EON17-X comes with per-key RGB keyboard lighting, options for custom UV printing, laser-etching, and paint jobs, and free lifetime 24/7 phone support, based right here in the U.S.A.

You’ll be able to buy the EON17-X from Origin PC today, with prices starting at $2,599. The Origin NS-17 workstation laptop starts at the same price. Getting high-end desktop-class performance in a laptop you can lug around isn’t cheap.