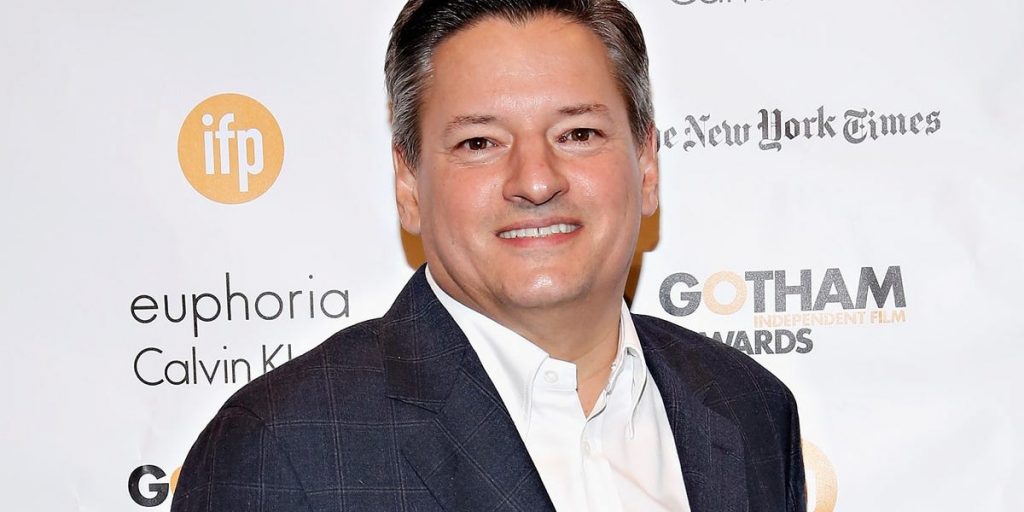 He was also elected to the board of directors and will remain in his role as chief content officer.

“Ted’s been instrumental to our success as a company,” Hastings said in the announcement. “While I saw streaming coming and pushed for it, Ted drove the revolution in our content strategy, which was way ahead of its time and has been key to our continued success.”

Sarandos has been essential in building Netflix’s vast library of original movies and TV shows. Netflix leads its streaming rivals in originals by a wide margin. According to an anlysis by the streaming search engine Reelgood in June, Netflix had more than 670 original TV shows.

Sarandos and Hastings met in 1999 after Hastings “read an article in Video Business and asked a mutual friend to connect us,” Hastings said.

“When Reed and I first met over 20 years ago, he described Netflix almost exactly as it now works,” Sarandos said in a statement. “But at the time, I was skeptical. The Internet was still new and Netflix’s main competitor, Blockbuster, was huge and had completely disrupted the business model of my previous company. Part of Reed’s brilliance is his persistence and so I eventually said yes, back in 1999.”

This story is developing…