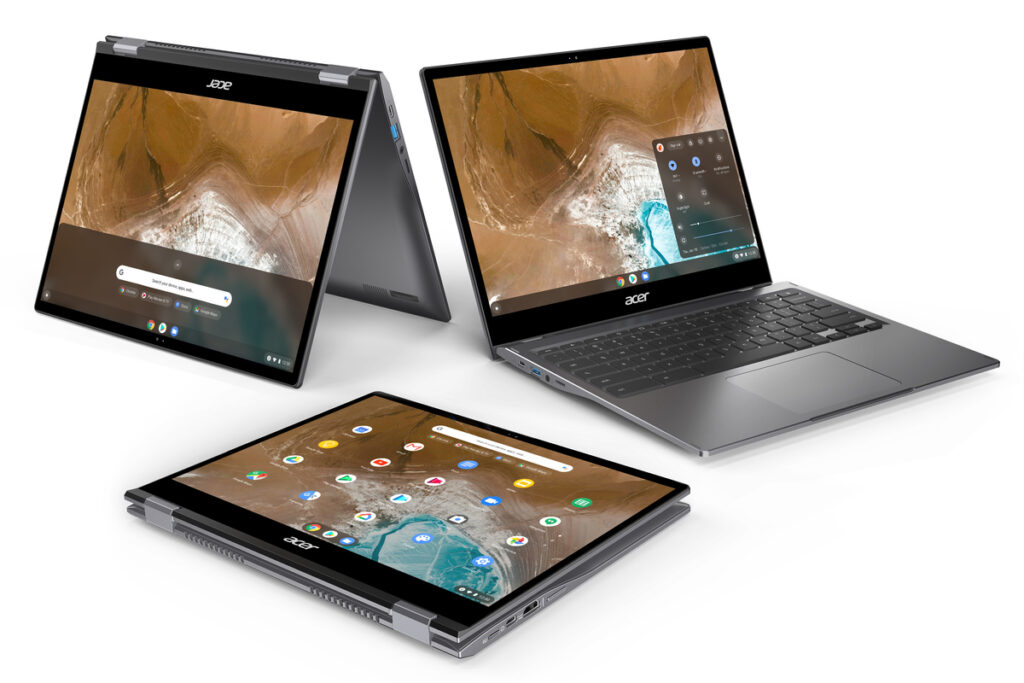 The Acer Chromebook Spin 713 takes the company in a new direction. Acer has sold vast quantities of inexpensive, basic Chromebooks for school and home use—and it announced a new one on Tuesday, at the company’s next@acer virtual event: the $260 Chromebook Spin 311. In contrast the Chromebook Spin 713, also announced Tuesday, is a far fancier product that will have a starting price of $630 when it ships in the United States in July. An enterprise version will start at $1,100.

If you stopped reading there, you embody the big question about high-end Chromebooks: Who’s going to buy these things? Chromebooks gobbled up a fair chunk of the PC market by being simpler and super-cheap alternatives to Windows-based models. Some people are clearly ready for something a little better—the HP Chromebook x360 12b is selling well, for instance, at $360 on Adorama.

At higher prices, it’s harder to say that a Chromebook is a better deal than a like-priced Windows laptop. But vendors are trying: Samsung’s Galaxy Chromebook, starting at $1,000, is another recent example.

We don’t know how the Chromebook Spin 713 will fare. Based on the specs and the design information we have, however, it sounds like a nice laptop. Here’s everything we know.

The most notable aspect of the Chromebook Spin 713’s design is that it has a design. Most Chromebooks are anonymous plastic slabs. The Chromebook Spin 713 is the result of a partnership between Acer and Intel’s Project Athena, an initiative to encourage innovation in the design and performance of Intel-based laptops. Project Athena laptops have to meet standards for being thin, light, and long-lasting on battery, among other criteria. This is Acer’s first Chromebook to go through the program. The all-aluminum chassis has also passed the MIL-STD 810G spec, meaning it can withstand more bumps, shocks, and drops than the typical laptop shell.

Many Project Athena qualities bear out only in testing, which we haven’t had a chance to do yet with the Chromebook Spin 713. If and until we do, we can at least share the specs and a few photos provided by Acer, so you can think about how much you’d be willing to pay for a nicer Chromebook.

The Chromebook Spin 713’s spec list could hold up well against that of any midpriced Windows laptop. The 360-degree hinge means it’s versatile, too, functioning as a tablet, presentation display, or traditional clamshell laptop. Note that we have only the starting price of $630, and models with the higher-end options will cost more.

The CPU options, all from Intel, are unusually broad for a Chromebook. At the lowest end, there’s a Pentium Gold 6405U, which we assume is the CPU for the lowest-cost version. Manage your expectations accordingly: This CPU can handle everyday tasks, but it will struggle with intensive web applications or games.

Lower-end Chromebook use inexpensive (and slow) eMMC, which is available for the Chromebook Spin 713 in 64GB and 128GB capacities. But take heart, Acer also offers SSD options, 128GB or 256GB PCIe NVMe.

The Chromebook Spin 713’s touch display has a diagonal size of 13.5 inches, neatly splitting the difference between the portability that a smaller screen offers, and the greater productivity a 14-inch or larger one provides. The bezels are slender, another difference from lower-cost Chromebooks. The display is coated with Corning Gorilla Glass, and there’s even an antimicrobial option that’s suddenly interesting in a pandemic world.

The resolution is good at 2K (2256×1504), especially considering how many HD (1366×768) displays show up on cheaper Chromebooks. Even better is the 3:2 aspect ratio, which makes scrolling work documents far less tedious than it is on the more common 16:9 aspect ratio.

The Intel UHD integrated graphics will suffice for mainstream productivity.

Acer didn’t specify connectivity, but a close look at the photographs suggests there will be HDMI, two USB-C, one USB-A, an SD card slot, and a SIM slot. There’s no dedicated AC charger port shown, so the laptop likely charges via USB-C.