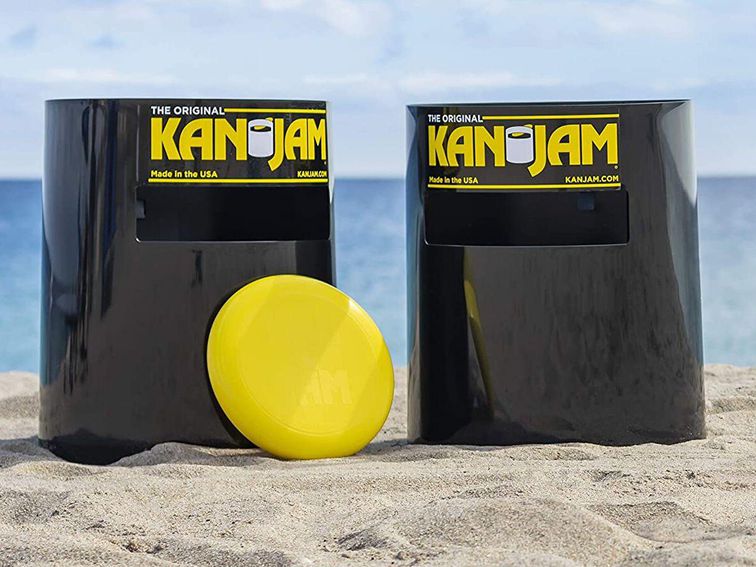 The best outdoor games to play with your family

Now that spring weather and warmer temperatures have arrived, it’s time to venture outside. Of course, for some folks, that might not be much further than your front yard since many parts of the country are still maintaining social distancing. But at least your family can still have fun together, so this might be the ideal time to add a new game into the mix. (Let’s face it, cornhole is played out, and most people don’t have space for bocce ball or croquet in their yard.)

Below I’ve rounded up some of the best outdoor games you can get right now. Inclusion on this list is based on either my personal experience with the game or overwhelmingly positive reviews from customers. If you have a fun outdoor game of your own to recommend for this list of best outdoor games, share them in the comments!

Kubb (pronounced “koob”) has been a Broida family favorite for years. This lawn game is great for all ages (even a young kid could play it), because all you have to do is toss a wood dowel and try to knock over wood blocks. It’s a little bit horseshoes, a little bit chess, incredibly fun for two-on-two play (though team sizes can vary if you like). And unlike a lot of the games here, this yard game can be played even on super-windy days.

GoSports offers both regulation and backyard versions, the latter simply a bit smaller and priced $10 less. Either way, you’ll need a reasonably spacious yard in which to play.

Read more: Get ready for summer with these 7 aboveground pools

Kan Jam is a really fun two-on-two game. The “Kan” is a hard-plastic bucket of sorts, one with a slot in the front. The goal is to fling a flying disc through that slot or into the top opening. If it’s off course, your teammate can try to swat it into the Kan midflight. You get varying points depending on what happens. Then it’s the other team’s turn.

This outdoor activity is best for families with older kids, in part because it takes some coordination to fling accurately, which might be hard for a younger kid, and in part because Kan Jam can be hard on the hands; you’re constantly swatting at a fast-moving, hard-plastic disc.

I don’t know the Bottle Bash origin story, but I’d guess this outdoor game started with a fence post and a bottle: “Bet you can’t throw that Frisbee and knock the bottle off!” This two-on-two game comes with two plastic posts (which are easy to stake into the ground), two plastic bottles that rest atop them and one flying disc.

The goal: knock that bottle off. Meanwhile, the defending team tries to catch the disc — and the bottle, if you’re able to hit it. We liked the handy score-keeping slider on each pole but found the game more challenging than expected: Even at the minimum 20-foot distance, hitting that pole or bottle isn’t easy. Younger kids might get easily frustrated.

However, while RampShot requires four players, only three are active during each round. The rounds go pretty quickly, but if you want an outdoor activity where everyone is participating all the time, pick something else.

Spikeball is a hugely popular outdoor game, condensing elements of volleyball down to a small, circular space. Instead of hitting a large ball over a straight net, you’re smacking a softer, grapefruit-size ball onto a bouncy, ringed one, sort of like tetherball but without the string. It’s a fun game, but quite challenging.

And be prepared, parents: This is a pretty physical game, one that requires fast movement and probably some diving if you want to win points. Consequently, this might be best for just the kids, although it does require four players.

Four square is the popular playground game involving a kickball and four chalked squares on the ground. Crossnet takes that classic game airborne, with a four-way volleyball net and ground boundaries that mark the squares. Once it’s set up, you literally play four square, but with a volleyball. The net can be set at three different regulation heights, so the game is suitable for kids as well as adults — though obviously it does require enough skill to hit a ball over a net.

It also requires a bit of time to set up and take down, so ideally it’s something you’d leave set up in the yard. But it’s well worth the effort. This is one of the few games with individual, rather than team, scoring, and although only four people can play per round, it’s easy to rotate in additional players. (In other words, Crossnet is a great game and works well with larger families.)

Unfortunately, at this writing, this outdoor game is sold out at Amazon, and the company’s website indicates that direct orders won’t ship until early July.

This article was previously published.

Keep in touch with loved ones while keeping your distance

All the latest deals delivered to your inbox. It’s FREE!

CNET’s Cheapskate scours the web for great deals on tech products and much more. For the latest deals and updates, follow the Cheapskate on Facebook and Twitter. Find more great buys on the CNET Deals page and check out our CNET Coupons page for the latest promo codes from Best Buy, Walmart, Amazon and more. Questions about the Cheapskate blog? Find the answers on our FAQ page.