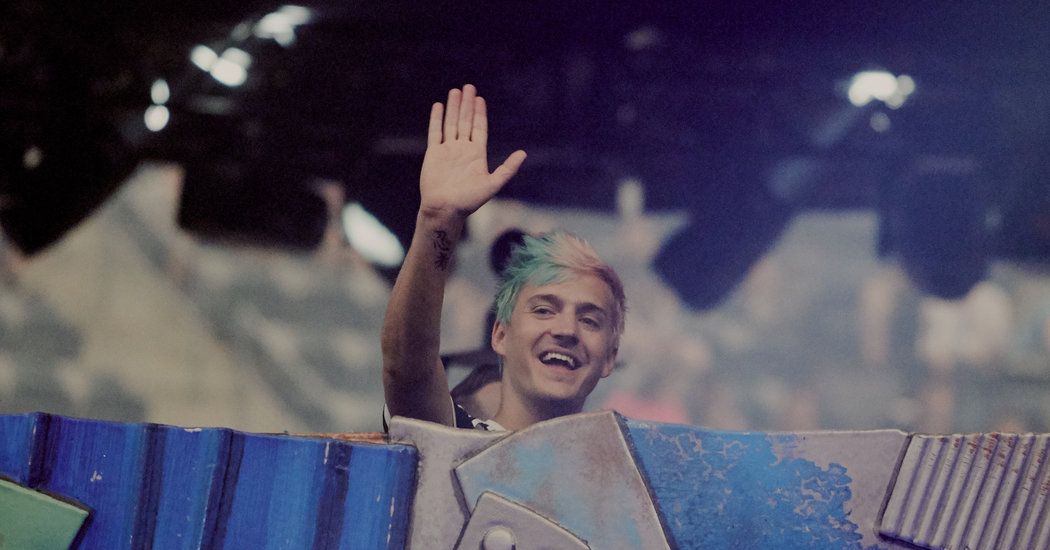 When Tyler Blevins, who is better known in the video gaming world as Ninja, posted a cryptic tweet on Wednesday that seemed to hint at some sort of announcement, his ardent fans thought he might reveal the kind of big-dollar contract one would expect from baseball or basketball stars.

Instead, Mr. Blevins, who was left without an online home when the streaming platform Mixer announced in June that it would shut down, played video games live on YouTube and promised fans that more streams were coming “sooner rather than later.”

That Mr. Blevins could generate a flurry of speculation with one tweet speaks to the influence of one of the world’s most famous online personalities and to the increasing popularity of high-profile gamers. Mr. Blevins has said in interviews he would like to be as well known as the basketball star LeBron James.

On Wednesday, the 10th anniversary of the day Mr. James decided to sign with the Miami Heat, Mr. Blevins did the first livestream on his own YouTube channel. He appeared with electric blue hair alongside friends and played the popular game Fortnite. At its peak, more than 160,000 people tuned into Mr. Blevins’s 97-minute stream.

Fans and gaming news sites were initially quick to declare that Mr. Blevins had permanently landed on YouTube, but many pumped the brakes when it became unclear whether Mr. Blevins had signed a deal with the company.

Loyalists to Twitch, the Amazon-owned streaming platform, had begged Mr. Blevins to “come home” to the service, which he used as he rocketed to stardom several years ago before he signed a deal with Mixer, which is owned by Microsoft.

Mr. Blevins, who has said he makes more than $500,000 a month from streaming, has more than 14 million followers on Twitch — the most on the platform — despite not being active there since he left for Mixer last summer, reportedly making $20 million to $30 million in the process.

He has nearly 24 million YouTube subscribers, though he said on his stream that he had never gone live on YouTube before Wednesday.

If Mr. Blevins does choose to stream exclusively on YouTube, it could provide a boost for YouTube’s gaming push. The platform recently signed the contentious star Felix Kjellberg, better known as PewDiePie, to an exclusive contract, but trails Twitch over all in the fight to dominate the live gaming industry.

“The power in the livestreaming gaming industry has gradually shifted from the platforms to the creators,” said Doron Nir, the chief executive of the livestreaming services provider StreamElements, “since they now have more options for where to build their brand.”

Representatives for Mr. Blevins did not respond to a request for comment.

“We welcome any content from him,” said Talia Yates, a spokeswoman for YouTube, adding that the company would continue to work with Mr. Blevins to increase his presence on YouTube. She would not say whether Mr. Blevins had struck a deal with YouTube, which is owned by Google.

Mr. Nir said he would not be surprised if Mr. Blevins avoided limiting himself to a single platform.

“While lucrative exclusivity deals are commonplace,” he said, “we expect to see the rise of transcendent creators. These are individuals who are able to be bigger than any one platform with the freedom to reach a much broader audience by leveraging all of them. Oprah, Ellen and Bill Simmons have all exemplified the benefit of not tethering themselves to a single platform, and Ninja can easily follow suit.”