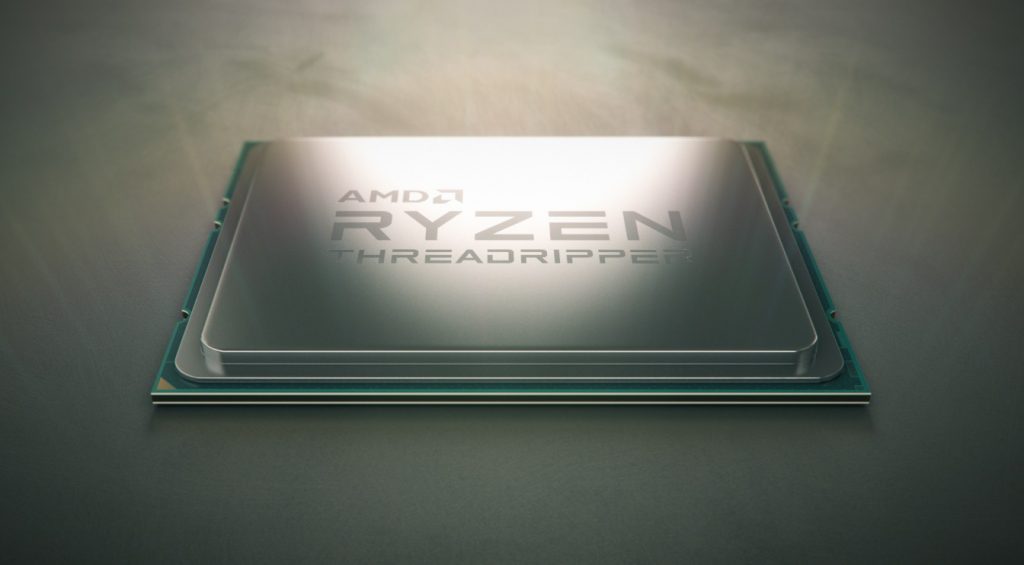 There’s been a rumor going around this week about a new, 64-core Threadripper CPU from AMD. Dubbed the 3995WX and debuting under the “Threadripper Pro” brand-name, this chip is supposed to debut with an eight-channel memory configuration with support for up to 2TB of RAM.

Up until now, the chip has just been a rumor, but a recent photo of the core popped up on Chiphell, pointing towards a definite introduction/launch at some point. The image has since been removed, but hat-tip to Guru3D for surfacing the news. I’ve spent a lot of time with the Threadripper 3990X in various evaluations. The 3990X only offers one memory channel per 16 cores. Its large L3 caches do an admirable job keeping the core fed, but there are certain memory bandwidth-sensitive applications that don’t scale up well on the 3990X. Because the CPU runs into other issues related to Microsoft Windows and its support for processors with more than 64 cores, these bandwidth constraints do not appear to be the principle bottleneck for the chip. But in the tests where they appear, they drag on performance.

A Ryzen Threadripper Pro 3995WX with 8-channel RAM support would eliminate this constraint, with 2x the total RAM bandwidth. We don’t have any other details on the CPU, but we’d expect the clocks to be similar to the 3990X unless AMD’s upcoming 8-channel memory platform also increased the CPU power draw. The 3990X is limited to 280W nominally, though that can be exceeded to good effect. Our overclocking test results showed that the 3990X had a lot of headroom and benefited from even modest full-core overclocking.

I would not expect the 3995WX to be a particularly affordable processor, and it’s not going to be a particularly performant chip either outside of specific workloads. The 3990WX is an absolute beast when deployed in an effective configuration — I’ve actually used it for handling multiple simultaneous test encodes in my DS9UP (DS9 Upscale Project) to remarkable effect — but AMD has specifically positioned it as a rendering and workstation core because the applications that benefit from it the most are those that implement their own schedulers separate from the default Windows scheduler.

How AMD positions this chip will tell us something about how the company’s efforts to unseat Intel in professional markets are coming along. Intel has reduced prices on both its HEDT and its Xeon processors over the past year to compete more effectively against AMD’s Threadripper and Epyc products. It is unclear how or if AMD will segment this platform to keep it separate from Epyc, but AMD segments fewer of its product features than Intel does in the first place. The differences may be minor.