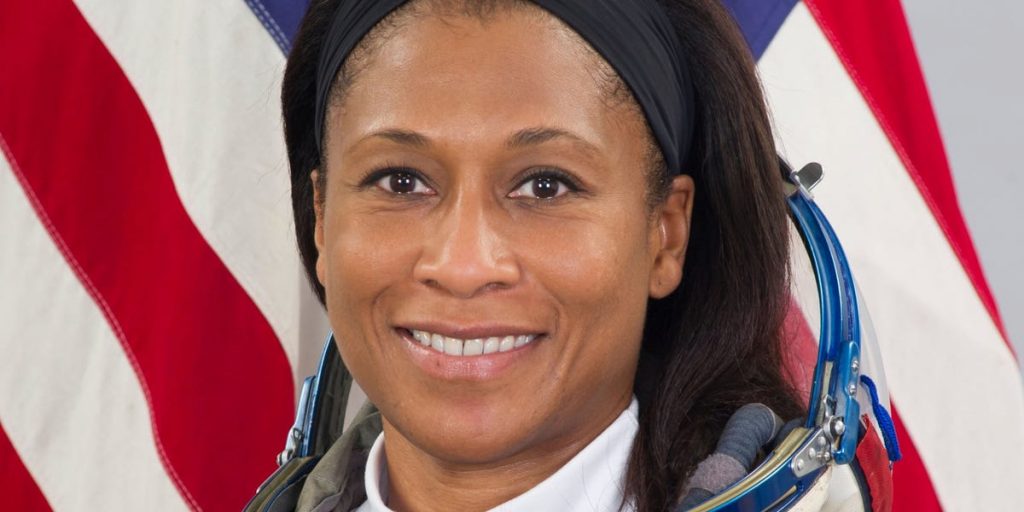 NASA astronaut Jeanette Epps may finally be traveling to space.

The agency said Tuesday that it has assigned the 49-year-old rookie astronaut to Boeing’s Starliner-1 mission, slated to launch sometime in 2021.

The mission is actually the second that NASA picked Epps to fly. But she never made the first one, a Russian Soyuz flight that lifted off in June 2018, because the agency abruptly bumped her from the crew about five months ahead of launch.

“I don’t know where the decision came from and how it was made, in detail, or at what level,” Epps said during a 2018 conference, but noted it was not medically related. “There were Russians, several of them, who defended me in the sense that it’s not safe to really remove someone from a crew that has trained together for years.”

NASA did not immediately reply to a request for comment on its past decision. Despite the disappointing turn of events, Epps kept her composure over the years.

“Sometimes things don’t go the way that you planned,” she told “Business Insider Today” in 2019. “But I’m still in the astronaut corps.”

With her fresh assignment, Epps, 49, is once again poised to make history. The mission is to scheduled to be the first operational flight of Boeing’s CST-100 Starliner spacecraft, which should follow an uncrewed launch (possibly later this year) and a crewed flight test in 2021.

NASA selected Epps, an aerospace engineer, to be an astronaut in 2009. Prior to that, she worked as a technical intelligence officer for seven years at the Central Intelligence Agency, according to her biography, and before then as a research scientist at Ford Motor Company.

The Starliner-1 mission’s destination is the International Space Station, a facility that orbits 250 miles above Earth, and which people have inhabited continuously for 20 years. During her planned six-month stay there, Epps may become the first Black astronaut to live and work aboard the $150 billion, football field-size laboratory (and not return after a brief visit).

Epps hasn’t yet flown to space. She will join fellow spaceflight rookie John Cassada and veteran Sunita Williams. Williams, the Starliner-1 mission’s commander, has worked with Boeing and SpaceX over the past six years on the design and functionality of their new spaceships through NASA’s Commercial Crew Program.

Starliner launched and landed on its first uncrewed mission, called Orbital Flight Test, in December 2019. However, the spacecraft experienced two “high visibility close calls” that might have resulted in the loss of the spacecraft, NASA said earlier this year.

Boeing is now fixing its software, systems, and procedures to rectify the problems, and — at a cost of more than $400 million to the company — plans to refly the mission later this year. Assuming there are no further issues, veteran astronaut Mike Fincke, retired astronaut Chris Ferguson, and rookie astronaut Nicole Mann will fly the first experimental crewed flight in 2021.

NASA appears unfazed by a small air leak aboard the ISS, which a three-person crew is currently helping root out and repair. The agency plans to launch its next commercial crewed mission, called Crew-1 — SpaceX’s own first operational flight of its commercial spaceship, called Crew Dragon — toward the space station as soon as October 23. (SpaceX successfully flew and returned its first astronaut crew earlier this year.)

The Starliner-1 mission could prove especially important to Epps’ career, in that she is one of 16 active female astronauts in NASA’s corps who may return humans to the moon. Jim Bridenstine, the agency’s administrator, has repeatedly said NASA’s Artemis program will fly the first woman and the next man to the lunar surface in 2024.

“Business Insider Today” asked Epps about that possibility during a 2019 interview.

“It’s mind-blowing to think about being the first [woman] to step on this object that you see in the night sky,” she said. “I would hope that my mission would inspire the next generation of women, of all engineers and all scientists to kind of propel us forward, even beyond Mars.”