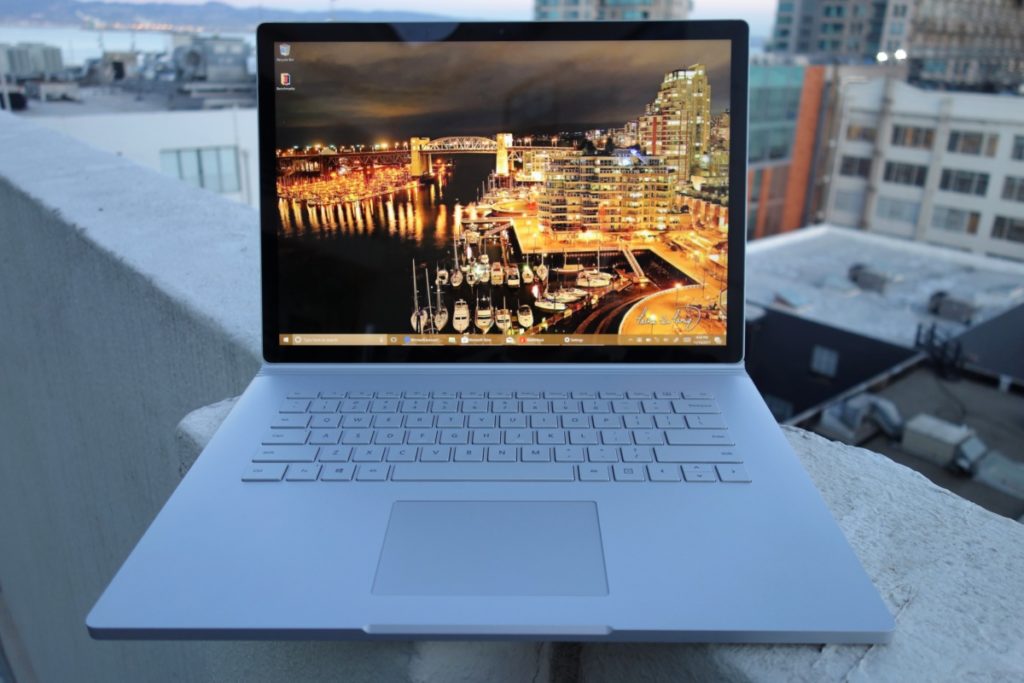 Microsoft Surface Book 2: Its problems and a proposed solution

Why did I put up with Microsoft’s Surface Book 2? Why did anyone? That’s the question I asked myself recently as I tried to convince the Surface Book 2 to recognize my 4K monitor, yet again.

Surface Book 2 users have suffered through quite a bit. There was the GPU bug that delayed a scheduled Windows update. Thermal issues. Even a power issue that was really never fixed.

Most laptops survive PCWorld’s review process without exposing major issues. But as I look around at the shelves housing our review units, I can see that the Surface Book 2 had a rough time of it. Here’s the 15-inch Surface Book 2 whose discrete GPU failed, possibly due to overheating. This 13-inch model’s battery was dead on arrival. A second 15-inch Surface Book 2, about a year ago, decided to output nothing better than HD resolution (1366×768) on an external display.

For its time, the Surface Book 2 perfectly represented the “do everything” concept that was the core mission of the Surface Book line: a laptop with a tablet, that could deliver outstanding performance and solid battery life. What I took from it in terms of productivity and performance, though, it stole back in frustration just trying to make it work.

The face of a larger problem

That should never happen. Microsoft’s premium PC asked buyers to pay $1,149, minimum, for a Surface Book 2, and up to a whopping $3,300 for a top-of-the-line model. At those prices, anyone who purchased a Surface Book 2 should have had close to a flawless experience.

Microsoft didn’t deliver. Almost immediately, reviewers figured out that the Surface Book 2 drew too much power for its AC adapter under load, such as in the middle of a game or a 3D CAD app that tapped the discrete GPU. In that scenario, the Surface Book 2 began pulling power from the battery, even while plugged in. A CPU issue slowed it to a crawl, and problems with the discrete GPU eventually held up the Windows 10 May 2019 Update. Users also complained that the Surface Book 2 had an overheating issue, where it would continue to operate while closed, and temperatures would climb to alarming levels (especially if you put the closed laptop into a bag).

To be fair, Microsoft probably didn’t anticipate in 2015, when it unveiled the original Surface Dock, that users would be asking it to support a pair of external 4K/60 monitors in 2020. Because Microsoft never updated the Dock until 2020, however, this limitation became more glaring as the years went by.

Look, bugs happen. Consumers will grumble about them. When a company acknowledges and then fixes a problem, it’s a sign customers are being listened to and appreciated. If I were Microsoft, I’d think of some way of making it up to users who stuck with the Surface Book 2 through thick and thin.

A good start would be to offer Surface Book 2 owners an upgraded 127W power supply—if not for free, then preferably at a hefty discount. A choice between a discounted power supply and a discounted Dock 2 would be even better.