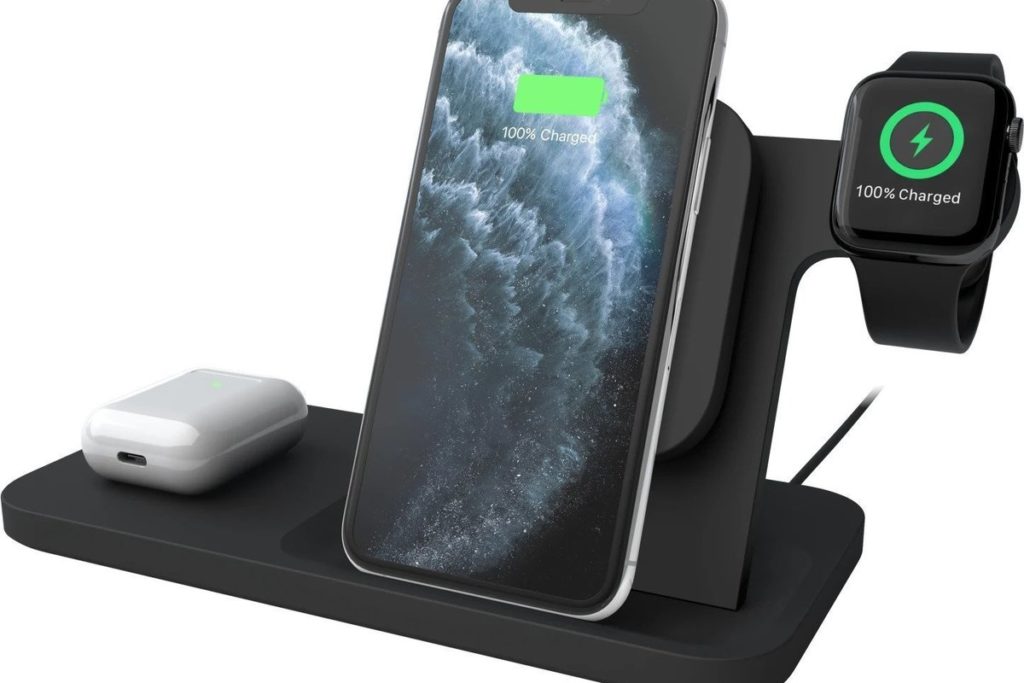 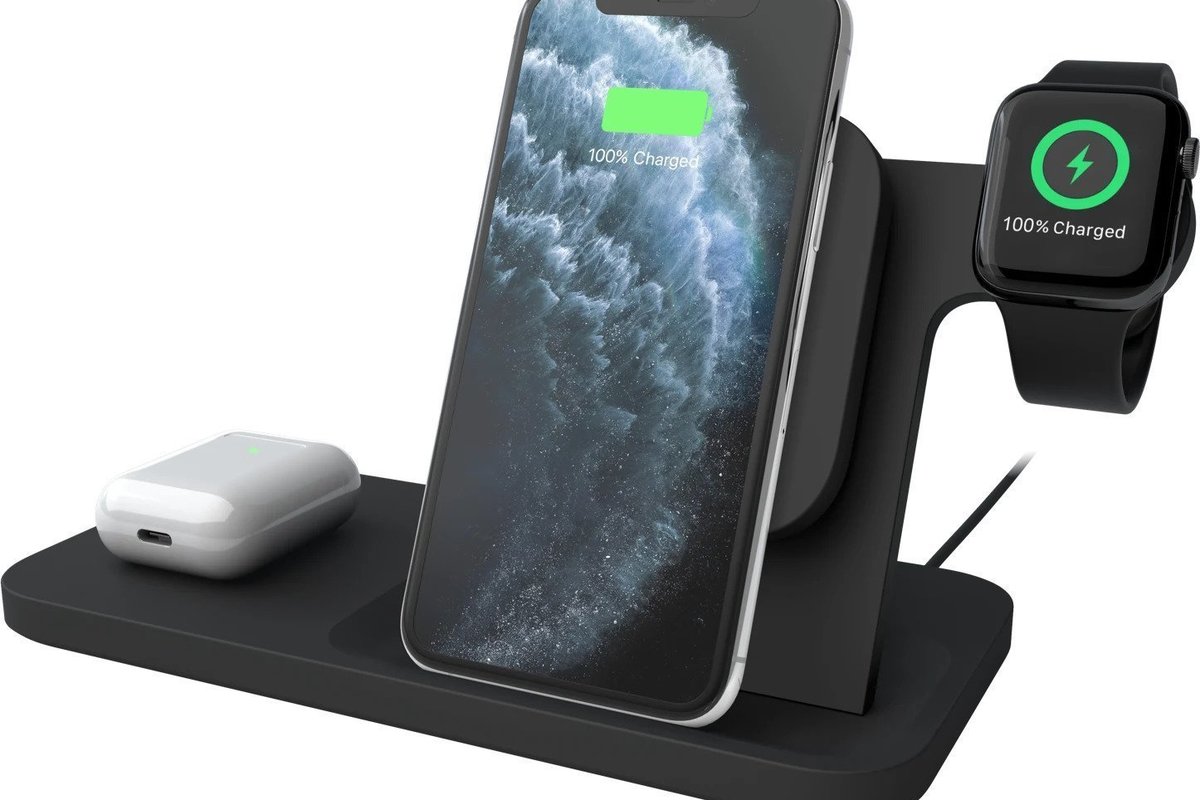 I just took a look at Logitech’s Powered Pad and found it to be a well-designed, respectable wireless charging pad. For the last month or so, I’ve been using the $130 Logitech Powered 3-in-1 Dock, the company’s multi-purpose wireless charging station built, primarily, with iPhone owners in mind.

Note: This review is part of our roundup of wireless charging pads. Go there for details on competing products and our testing methods for both Android phones and iPhones.

The Dock has three different wireless charging spots. There’s a stand, primarily designed for your phone; a pad where you can wirelessly charge your wireless earbuds, another phone, or anything else Qi-enabled; and a dedicated Apple Watch charger off to the side.

The stand and the pad each are capable of 10W wireless charging, while the Apple Watch connector is 5W. That’s 25W of total possible power, and Logitech doesn’t reduce or limit its output if you’re using all three stations at the same time.

Included in the box is a wall adapter with a barrel connector that plugs into the rear of the Dock to provide it power. The exterior of the Dock is covered in a soft rubber material. I received the black model, but there’s also a white version that looks pretty sleek.

It’s a simple but attractive charging station that looks great on a desk, and I’d have no issues putting it on my nightstand either.

As for performance, the Powered 3-in-1 Dock performed better in testing with an iPhone than it did with our test Samsung device. I tested the stand portion of the dock since that’s the primary spot for charging your phone. In three different tests of charging an empty iPhone 11 over the course of an hour, the iPhone’s battery was charged to an average of 39 percent. That’s actually better than Logitech’s Powered Pad by 5 percent, and roughly middle of the pack when compared to the rest of the pads I’ve tested.

Because the Dock uses the Qi standard for the pad and stand portion, you can charge any compatible phone or accessory on it. So I ran through our typical test with the Galaxy S8. On average, it took 3 hours and 21 minutes, or 201 minutes, total to charge the S8 from empty to full.

The average charging time for that test? 196 minutes. So not outstanding, but not terrible either.

At the end of the day, the Powered 3-in-1 Dock is a well-rounded, downright sleek, wireless charging station. If you’re heavily invested in the Apple ecosystem and have AirPods, an Apple Watch, and an iPhone—there’s little fault to find here.