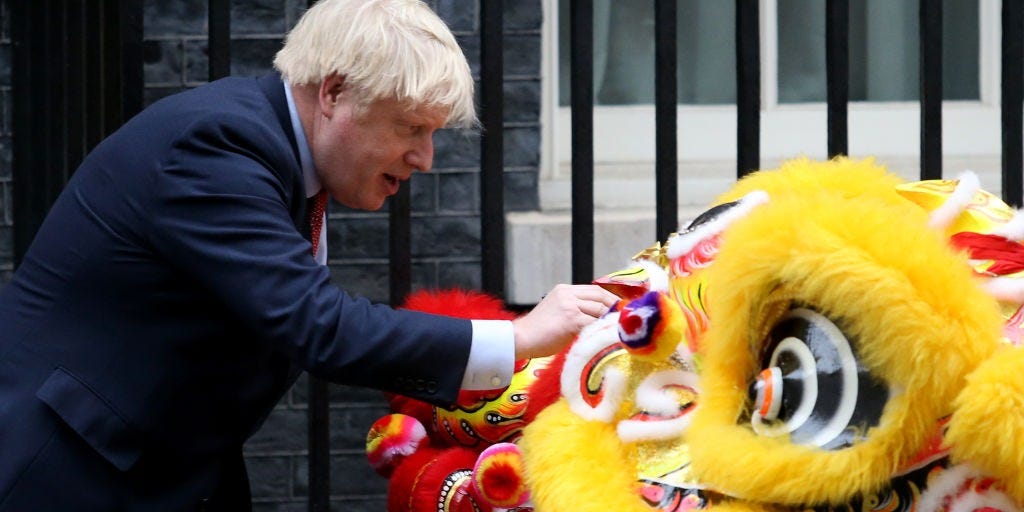 Boris Johnson is set to reduce Huawei’s role in developing Britain’s 5g network amid growing pressure from within his own party to scrap the current agreement with the Chinese telecoms firm.

The UK prime minister riled Members of Parliament in the Conservative party when he granted Huawei a limited but significant role in developing Britain’s 5g earlier this year.

In March, he experienced a rebellion from Conservative MPs — and the first real challenge to his power since winning the UK’s general election in December — when almost 40 voted against his government in Parliament.

Johnson also angered allies in the Trump administration, with the President hanging up on Johnson in an “apoplectic” phone call. The US warned that the deal with Huawei would give China a back door into western intelligence sharing.

However, the UK prime minister is expected to reduce Huawei’s involvement in Britain’s 5g, according to The Guardian, The Telegraph, and other outlets, by promising to bring the firm’s participation in the network down to zero by the year 2023. Under the terms of the current deal, Huawei’s role will be reduced to 35% by 2023.

Johnson is set to revisit the deal amid fears in his government that he would almost certainly lose an upcoming House of Commons vote on the matter. The Guardian newspaper says as many as 50 Conservative MPs were prepared to rebel.

Opposition to the deal with Huawei within Johnson’s party has grown since the first parliamentary vote in March.

Tom Tugendhat MP, who chairs the group, predicted that Prime Minister Johnson would revisit the controversial agreement in light of anger in the party over China’s handling of the coronavirus pandemic.

“I can’t see how it doesn’t change that. Clearly, it’s going to have implications,” he told Business Insider.

“It makes the Huawei position hard.”

The development comes amid a general hardening of feeling against China within the Conservative party, and anger over how Beijing has approached the coronavirus outbreak.

The First Secretary of State Dominic Raab, who deputized for Johnson while he recovered from the coronavirus, said that the UK’s relationship with China could not return to “business as usual” after the pandemic.

Dame Karen Pierce, the UK’s ambassador to the US, said in April there “definitely” needed to be an investigation into the origin of the COVID-19 virus.

China, for its part, has accused some UK MPs of wanting a “cold war” against China.

Liu Xiaoming, Beijing’s ambassador to the UK, earlier this month warned that British politicians could “poison” the UK’s relationship with China.

“Regrettably a few politicians in the UK have been addicted to the cold war mentality to compare China to the former Soviet Union and urge a review of the China-UK relationship, and even call for a new cold war,” he said.

“If they go unchecked, they will poison the China-UK joint effort, and even international solidarity just as it’s needed most.”