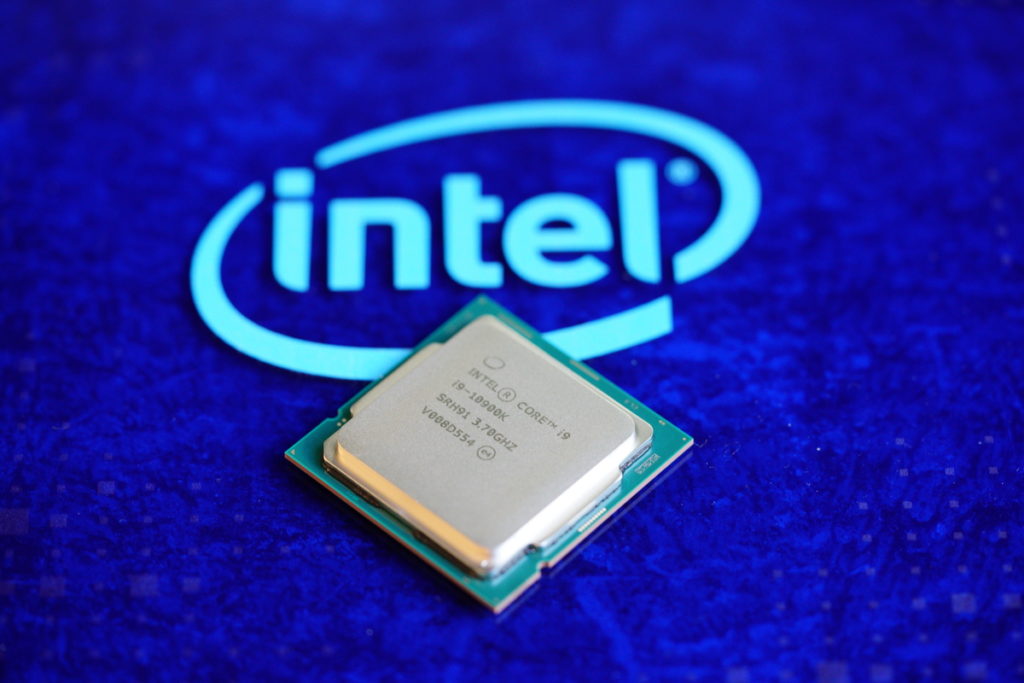 Intel’s problem has been weaknesses outside of gaming, and its overall performance value compared to AMD’s Ryzen 3000 chips. With the Core i9-10900K, Intel doesn’t appear to be eliminating that gap, but it could get close enough that you might not care.

Despite its 10th-gen naming, Intel’s newest desktop chips continue to be built on the company’s aging 14nm process. How old is it? It was first used with the 5th-gen Core i7-5775C desktop chip from 2015. Many tricks, optimizations, and much binning later, we have the flagship consumer Core i9-10900K, announced April 30. The CPU features 10 cores and Hyper-Threading for a total of 20 threads, with a list price of $488.

The Core i9-10900K does bring a few changes. Intel officials said the chip uses a thinner die and thinner solder thermal interface material (STIM) to improve thermal dissipation. Intel also had to make a thicker heat spreader (that little metal lid to keep you from crushing the delicate die).

Why make the die and STIM thinner, but the heat spreader thicker? The reason is cost. Intel said it had to keep the height of the heat spreader on all of its CPUs the same so they’d be compatible with existing cooling hardware. Intel officials did say the materials used for the heat spreader help compensate for that compromise, so overall the new chip is better at power dissipation.

The LGA1200 socket and new X490 don’t seem to change much. You still install the CPU almost the same way, and if you have an existing LGA1151 cooler, it’ll still fit. Sadly, rumors of PCIe 4.0 on the X490 proved untrue, leaving Intel at a disadvantage compared to Ryzen 3000 chips that have the faster interface for SSDs and GPUs.

Due to time and other constraints, we ran the boards with MCE and PBO set to Auto, and 2nd-level XMP and AMP profiles selected. While these factory settings are beyond what is stock, we think it’s close to what a consumer see will see out of the box.

We’ll kick this off where we normally do: Maxon’s Cinebench R20. It’s a 3D modelling test built on the company’s Cinema4D engine, and it’s integrated into such products as Adobe After Effects. Like most 3D modelling apps, more cores and more threads typically yield more performance.

Our results for the Core i9-10900K and Ryzen 9 3900X are fresh, but we decided to sprinkle in results from previous reviews for more context. Although those older results are not using the latest version of Windows, Cinebench is very reliable. The R20 version uses AVX2 and AVX512 and takes about three times as long to run as the older R15 version. That means any boost performance should matter less.

Remember these results, because for the most part it won’t change too much as we move through multi-threaded performance: Cores matter. The Ryzen 9 3900X’s 12 cores prevail over the the Core i9-10900K’s 10. If it’s any consolation, the latest Core chip fares noticeably better than the Core i9-9900K and Core i9-9900KS, which were both handcuffed by their “mere” 8 cores.

Switching Cinebench R20 to single-threaded performance, constrain the load to a single CPU core. The results are so close that no would or should care. We expected the Core i9-10900K to have a little more of an edge, but maybe it’s the luck of the draw.

Corona is an unbiased photo-realistic 3D renderer, which means it takes no shortcuts in how it renders a scene. It loves cores and threads, so the results here follow the trend, but the Core i9 finishes just 7 percent shy of the Ryzen 9. In Cinebench R20, the Ryzen 9 had a larger 15-percent advantage.

The Chaos Group’s V-Ray Next is like Cinema4D’s engine, and it’s a biased rendererer—it takes shortcuts to finish projects so you can, you know, win an Academy Award like the V-Ray has. It loves thread count, so guess what: The Ryzen 9 comes out about 14 percent faster than the Core i9.

Our last rendering test measures ray tracing performance using the latest version of POV Ray. The Ryzen comes in almost 17 percent faster than the Core i9. That’s pretty close to the thread-count advantage the Ryzen 9 has, which equals 20 percent more.

Switching POV Ray to single-threaded performance, the Ryzen 9 squeezes by the Core i9, which surprised us—we thought the Core i9 would take the lead.

Video encoding needs fast CPUs, too. That’s why we use the latest version of HandBrake to convert a 4K video short to 1080p using H.265. Using the CPU to finish the task, the 12-core Ryzen 9 finished with a 16-percent advantage over the 10-core Core i9. So far, that’s pretty much everything we’ve expected.

Our next test uses Cinegy’s Cinescore to assess CPU and GPU performance across several dozen broadcast industry profiles from SD to 8K, using codecs from H.264, to MPEG2, XDCAM and AVC Ultra as well as Nvidia H.265 and Daniel 2. It runs entirely in RAM to remove storage as a bottleneck. (Note: The version of Cinescore we use is older and no longer works without setting an older date on the PC—the version has timed out the codec license.)

While the Core i9 doesn’t win, it gets awfully close to the Ryzen 9. This could mean Cinescore and its CODECs don’t care that much about thread count, or the higher clock speeds of the Core i9 may be of more value. Sorry, Ryzen 9 fans.

Our next test is a video test, but not in a traditional sense. While standard encoding or transcoding isn’t all that smart in how it downsamples or upsamples video, Topaz Lab’s Video Enhance AI claims to look at every frame and use machine learning inferencing to decide what will make each frame look better on the upscale, based on studying other videos. For the test, we take a two-minute family video shot on a Kodak video camera and upscale it from 720p to 1080p, using the app’s Gaia HQ preset.

This upscale would typically be done on a GPU, where it would be significantly faster, but we ordered it to use the CPU cores for the upscale. Topaz Labs uses Intel’s own OpenVINO for the Deep Learning. Doing a frame-by-frame upscale isn’t easy and still takes literally hours to complete. The Ryzen 9 finishes with about a five-percent advantage over the Core i9. Too close for comfort, but a win is a win.

Moving on to compression and decompression performance, we first use RARLab’s WinRAR. As with prior Ryzen CPUs, the result is bad—a loss for the Ryzen 9 and a big win for the Core i9. The Ryzen architecture has long performed poorly here. In the built-in benchmark, the Core i9 is 82 percent faster.

Switching WinRAR to single-core performance, nothing changes except the Core i9’s win grows to a 194-percent advantage. We use WinRAR because it’s worth pointing out that some software will heavily penalize Ryzen’s microarchitecture. Intel has fielded software support to companies for much longer than AMD, and it shows.

The gap closes with the much more popular (and free) 7Zip. We set the built-in benchmark to use the number of threads available to the CPU—in this case, 24 for Ryzen 9 and 20 for Core i9. The first result is multi-core.

Intel didn’t call the Core i9-10900K ‘the best CPU for multi-threaded performance’ because it likely knew it wasn’t going to squeeze out the Ryzen 9 3900X. On the other hans, Intel’s chips have long led in gaming performance, ever since the first Ryzen was introduced.

Rather than have you scroll through 16 charts, we combined 16 results into one megachart, from a list of games run at varying resolutions and settings. We’ll run through it from top to bottom.

In Far Cry New Dawn we see the Core i9 vary from about 9 percent to about 14 percent over the Ryzen 9, depending on the resolution and game setting. As you jack up the resolution or the game setting, the test is increasingly GPU-bound.

Ashes of the Singularity: Escalation, long the poster child for DX12 performance, is hailed for actually using the extra CPU cores available to gamers today. For this run, we use the Crazy quality preset and select the CPU-focused benchmark, which is supposed to throw additional units into the game. The result: about a 7.5-percent advantage for the Core i9-10900K.

Chernobylite, an early-access game, features a benchmark to showcase its beautiful graphics. Set to high, where the game is not limited by GPU performance, we see that familiar 7.9-percent advantage for the Core i9 over the Ryzen 9. As we crank up the graphics from high to ultra, it becomes an increasingly GPU-bound test.

The only red (AMD) bar longer than a blue (Intel) bar is in Civilization VI Gathering Storms—but unfortunately for the Ryzen 9, this particular test measures how long it takes for the computer to make a move, and shorter time is better. The Core i9 is about 6.5 percent faster.