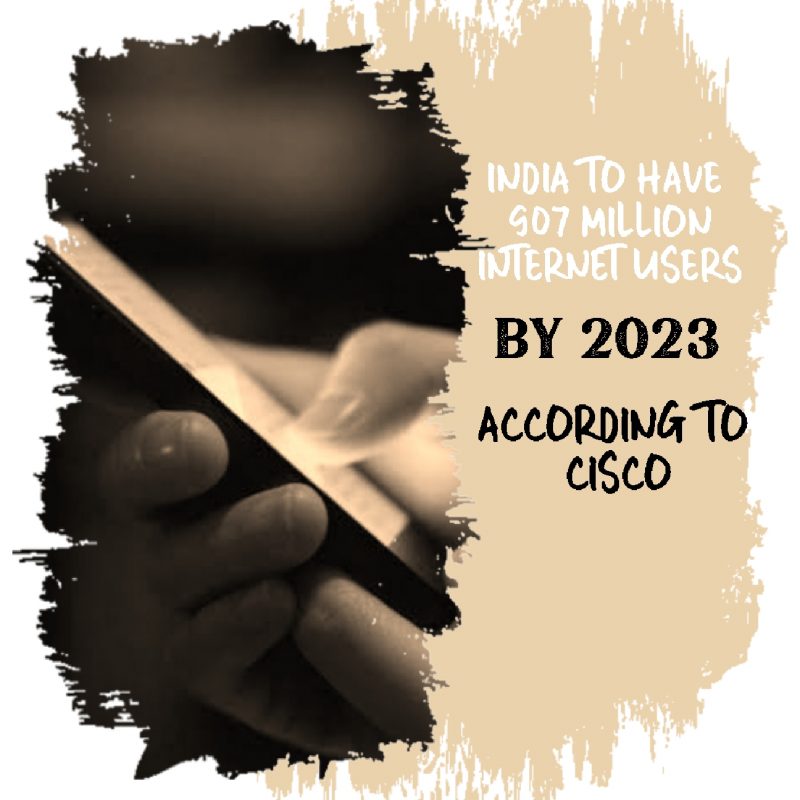 India is poised to have over 907 million internet users by 2023 according to the new Cisco Annual Internet Report. This accounts for around 64 per cent of the total population of the country. It has based these forecasts upon independent analyst forecasts and its own intellectual property.

The report states that there will be a 67.2 million total 5G connections by 2023, 4G connections will take the maximum share of the pie at 53.1 per cent and 3G or below will have a share of 38.7 per cent.