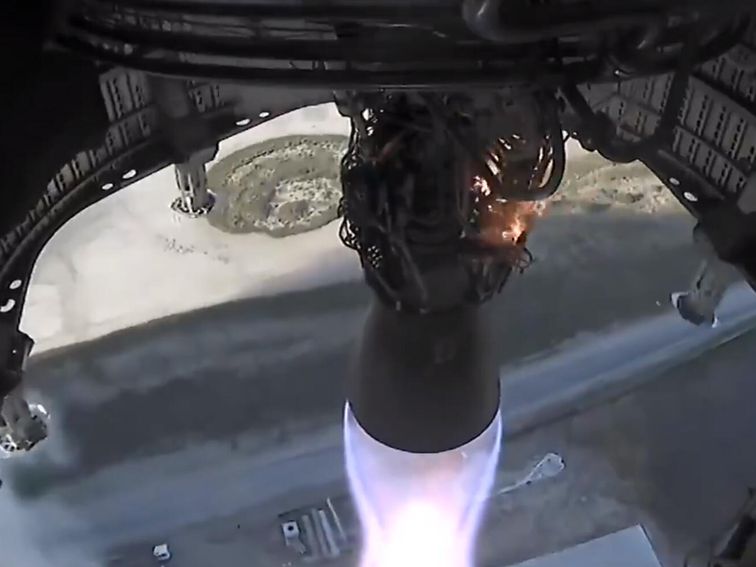 Elon Musk’s SpaceX shot a giant tin can into the Texas sky on Tuesday and while many viewed the event from livestreams provided by the rocket-watching community, no one had quite the view SpaceX cameras did. A 60-second video released by SpaceX on Tuesday shows the gentle ascent and descent of the Starship SN5 prototype like nothing else.

The silver grain silo rockets into the air as plumes of grey smoke whip at its base, the raptor engine wobbles as it descends back to the ground and prototype’s landing legs flip out, in perfect synchronicity, to allow the giant thermos to land.

Honestly, I could spend three years writing about what happens in the video of the first  “hop,” but I would never come close to doing the vision justice. It’s really quite a sight to behold.

“Mars is looking real,” tweeted Musk shortly after the flight.

SpaceX has had a monumental week. The spaceflight company’s Crew Dragon spacecraft successfully returned two NASA astronauts from the International Space Station on Aug. 2, with a successful splash down in the Gulf of Mexico. After analyzing data from the mission, known as Demo-2, SpaceX will begin to gear up for the first official flight of the crewed vehicle, potentially later this year.