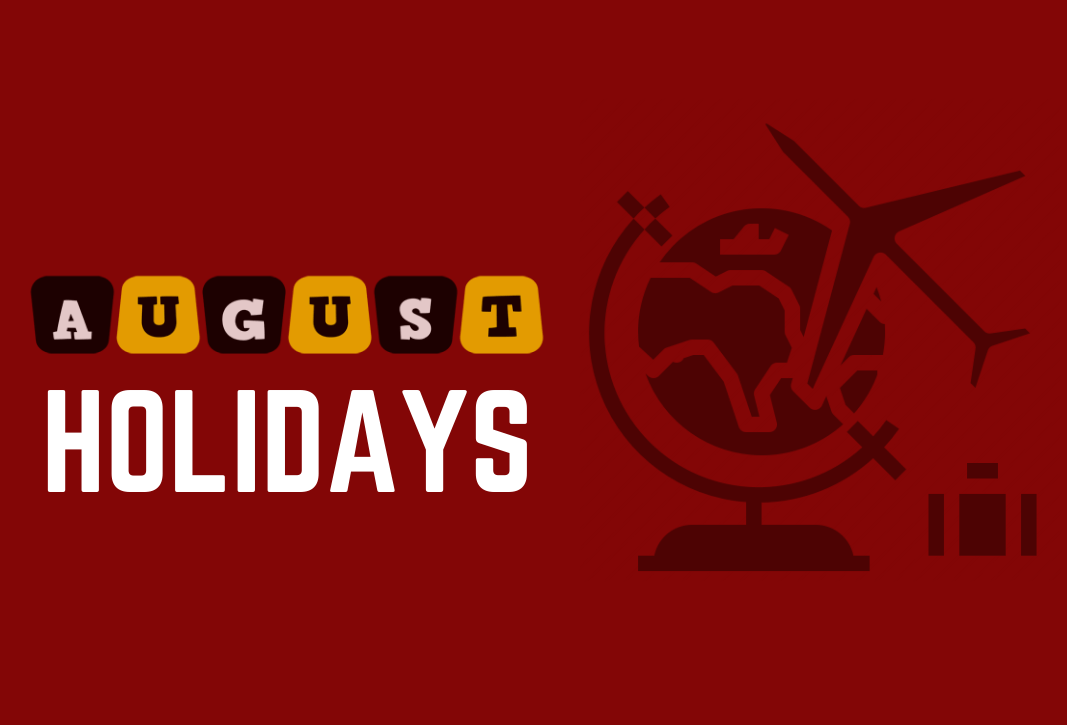 The month of August have regional, public, and bank holidays. To know more about the holidays in August 2020, checkout our list below.

Festivals and Events in India in August 2020

Raksha Bandhan or Rakshabandhan is a popular, traditionally Hindu festival that celebrates the sacred relationship between a brother and sister. The word “ Raksha” means protection and “ Bandhan” means to tie. It is celebrated on the full moon in the month of Shravan in the lunar calendar. On this day, sisters of all ages tie the Rakhi around her brother’s wrist, symbolically protecting them, receiving a gift in return, and traditionally investing the brothers with a share of the responsibility of their potential care.

This year, the festival of Rakhi will fall on 3rd August 2020. Rakhi is tied on the right hand of the brother. The festival of rakhi brings the entire family together and strengthens the bond of love and affection between the siblings. Students from all classes participated in the competition and made colorful rakhi’s. They used decorative threads, stars, mirrors, pearls, and flowers for making beautiful rakhi’s. The Raksha Bandhan festival is observed by other Hindus of Nepal during one of the days of the Tihar (or Diwali) festival. The festival is observed by Shaiva Hindus and is popularly known in the Newar community as Gunhu Punhi.

Janmashtami is a grand festival celebrated all over India to commemorate the birth of Lord Krishna, who is believed to be the eighth incarnation of Lord Vishnu. This year Janmashtami Or Gokulashtami falls on 11th August.  Sri Krishna is considered as one of the most powerful human incarnations of the Lord Vishnu. He was born around 5,200 years ago in Mathura. The legends tell us that Lord Krishna had drunk poisoned milk given by a demon when he was a baby and that had caused the bluish or black tinge in his skin. The occasion is observed especially in Mathura and Vrindavan (Brindaban), the scenes of Krishna’s childhood and early youth.

Independence Day is celebrated on 15 August annually. Independence Day marks the end of British rule in 1947 and the establishment of a free and independent Indian nation. It also marks the anniversary of the partition of the subcontinent into two countries, India and Pakistan.

On August 15, 1947, the first Prime Minister of India Jawaharlal Nehru, raised the Indian national flag at the Red Fort in New Delhi. Flag hoisting ceremonies take place and cultural programs are held in Govt. and Non-Govt. institutions all over the country on this day.

Ganesh Chaturthi is one of the widely celebrated Hindu festivals in the country. The blessings of this God are invoked at religious ceremonies since he is the one who can all difficulties to success, especially when people are commencing a new business or an enterprise. The Chaturthi Tithi in the Hindu month of Bhadrapada, Shukla Paksha is observed as the birth anniversary of Lord Ganesha.

In India, Ganesh Chaturthi is primarily celebrated at home and in public by local community groups in the central and western states of Maharashtra, Madhya Pradesh, Gujarat and Goa and the southern states of Karnataka, Andhra Pradesh, Telangana, Tamil Nadu, Kerala and eastern states of West Bengal, Bihar and Odisha.

The Indian states of Maharashtra, Telangana and Andhra Pradesh celebrate it over ten days. The festival activities conclude with the Visarjan of the deity on Ananta Chaturdashi.