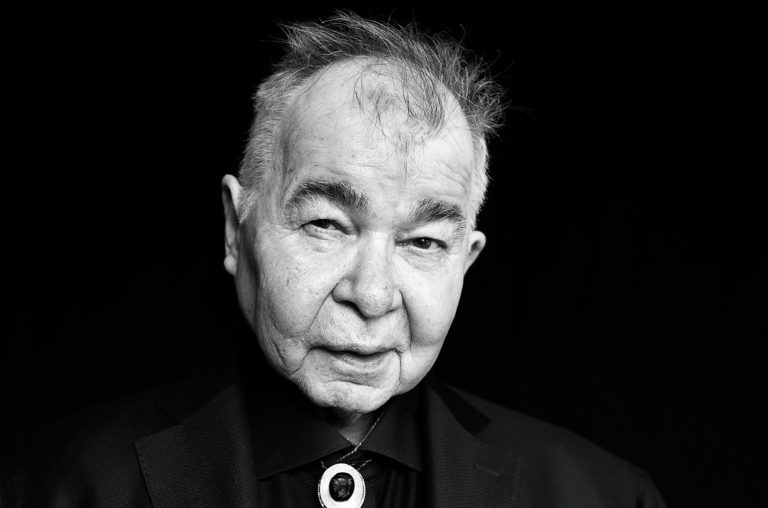 Prine’s family revealed his diagnosis on March 29. In a message posted to social media, his family let fans know that he had been in the hospital for several days and that his situation was “critical.” His wife, Fiona, gave an update April 2, stating that he was still “very ill,” yet she remained “hopeful.”

The Illinois-born Prine was the songwriters’ songwriter, getting his start in the Chicago folk scene in the 1970s, where his early champions included Kris Kristofferson, Bob Dylan and “Cowboy” Jack Clement, the latter of whom convinced Prine to move to Nashville in March 1980. Kristofferson is often credited with discovering Prine and invited him onstage at his own show at New York’s Bitter End in 1971. The following day, Prine would get a record deal offer from Atlantic Records.

As Prine detailed in an interview with Billboard in 2019 ahead of his induction into the Songwriters Hall of Fame, his early success and meeting with Kristofferson was “a Cinderella story.” Prine was performing in his home state of Illinois around the same time Kristofferson had a steady gig at a club in Chicago called the Quiet Knight.

“My friend Steve Goodman, who was playing all the folk clubs with me, he was opening for Kris,” Prine told Billboard. “Kris played four nights at the Quiet Knight, and every night Steve Goodman tried to get Kris to come over and see his buddy across town. And Kris couldn’t care less at the time. He was a pretty busy guy.”

Eventually, Goodman convinced Kristofferson to head to the other side of town where on a Sunday night at 2 a.m., he showed up at Prine’s gig. As Prine explained, “The chairs were on the tables, the waitresses were counting their tips, and I was waiting for my paycheck. And Kris came in with two other people. We got four chairs down and I got on the stage right in front of him and sang about seven songs. And then he bought me a beer and asked if I could get back up there and sing those seven again and anything else I wrote.”

Prine sang “Sam Stone,” “Hello in There,” “Paradise,” “Donald and Lydia” and “Illegal Smile” — most of the songs featured on his first record. Four months later, Prine went to New York with Goodman. As they got off the plane and looked in The Village Voice, they learned that Kristofferson was playing that night at the Bitter End.

“We get out of the cab and Kris and his band are walking from next door to do their second show at the Bitter End, and Kris says, ‘You guys are going up onstage for three songs apiece.’ All the people in the audience were either record company people or A&R people, and I sang three songs that night — ‘Hello in There,’ ‘Sam Stone’ and ‘Paradise’ — and Jerry Wexler was there and at 10 a.m. the next morning, Jerry Wexler calls. I hadn’t been in New York 24 hours,” he said. “It was really a Cinderella story, truly. Especially now that I’ve been in the business for so long and heard so many stories and told people my story.”

Well-known for his story songs with vivid imagery and indelible characters, whose humanity shone through their troubles, Prine had countless artists cover his tunes, including Johnny Cash (“Sam Stone”), Bette Midler (“Hello in There”) and Bonnie Raitt (“Angel From Montgomery”), as well as Zac Brown Band (“All the Best”), Miranda Lambert (“That’s the Way the World Goes Round”) and George Strait (“I Just Want to Dance with You”). He is also an uncredited co-writer on “You Never Even Call Me by My Name,” made famous by David Allan Coe and recorded by countless others.

Prine placed 15 albums on the Billboard 200 chart since his self-titled debut arrived in February 1971. His two most recent works, though, earned key career milestones: 2016’s For Better, Or Worse, an album of duets featuring classic country songs, marked the veteran’s first top 40 success on the chart, while The Tree of Forgiveness secured his first top 10 album, reaching No. 5 in 2018.

Prine was born in Maywood, Ill., on Oct. 10, 1946. He began writing songs as a teenager and was drafted in the Army in the summer of 1966, where he continued to pen songs while stationed in Germany. His first song during that period was “Paradise,” which has since been covered by countless bluegrass bands.

“My father and mother are from a little town in Kentucky and I used to go there a lot as a kid in the ’50s and ’60s. I got drafted in the Army in the summer of ’66, and my dad sent me an article he cut out of the paper,” Prine told Billboard. “I remember him telling me they tore town down his hometown, the coal company did, they stripped out the whole area. I was just starting to write songs again when I got into the Army. I’d taken a break, and my dad had told me earlier he didn’t think what I’d done were ‘real’ songs. I started writing songs again when I was over in Germany, so I wrote a song about his hometown, which I knew really well because I’d spent some summers there as a kid. I knew that if I wrote a song about him, he’d know I was a songwriter. He used to have me sing Hank Williams songs in our kitchen, so I tried to write a country song with him in it.”

Prine was honored by the Recording Academy as their 2020 lifetime achievement award recipient and was inducted into the Songwriters Hall of Fame in 2019, where he and Raitt performed “Angel From Montgomery.” He was highly regarded within the Americana scene, as he was named artist of the year by the Americana Music Association in 2017. Meanwhile, acts like Sturgill Simpson, Jason Isbell and Margo Price — who have previously toured with him — also revered Prine.

Prine’s life wasn’t without suffering. In 1998, doctors removed a cancerous tumor on the singer’s throat. When surgeons removed the tumor, they took some of Prine’s neck. As a result, his head was left permanently slumped. In early 2020, Prine was forced to cancel his Bluesfest performance in Australia following a hip injury.

The singer-songwriter’s last release was 2018’s The Tree of Forgiveness. The project marked his first set of new music since 2005’s Grammy-winning Fair & Square. Prine is survived by his wife, Fiona Whelan Prine, and three sons, Jack, Tommy and Jody.