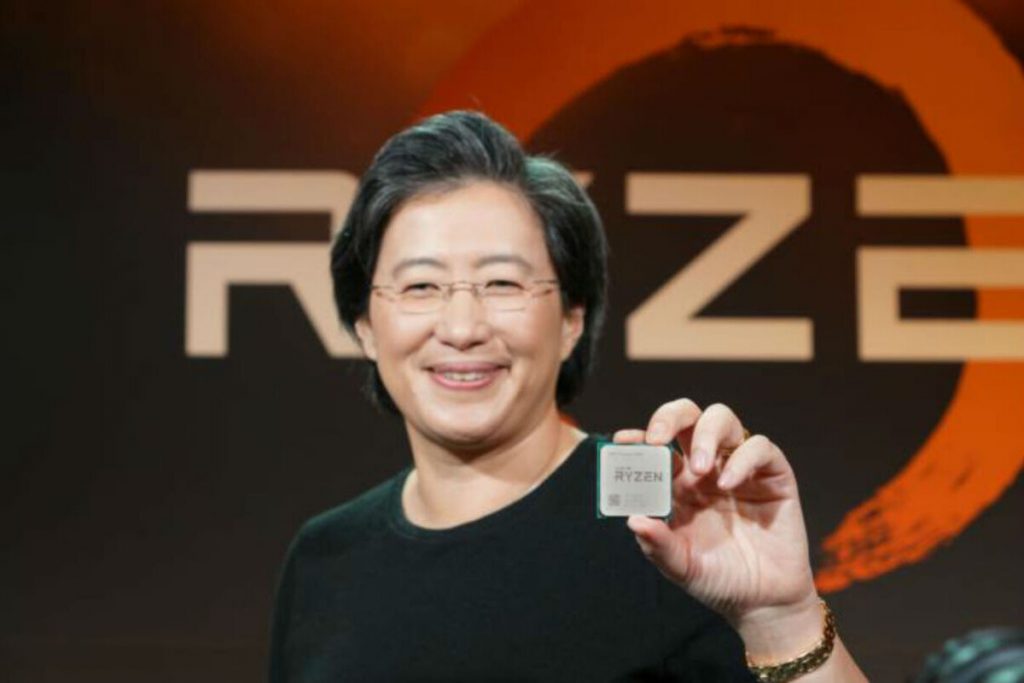 AMD’s only weak point was in its graphics business, where lower channel sales in desktop products offset a double-digit increase in mobile GPU sales.

Overall, AMD reported profits of $157 million, a sharp increase over the $35 million AMD reported a year ago, on revenue that climbed 26 percent to $1.93 billion. AMD’s Computing & Graphics segment, which includes its Ryzen CPUs and its Radeon GPU business, grew a whopping 45 percent over the previous year, to $1.37 billion.

AMD chief executive Lisa Su painted a rosy picture of the company’s outlook, as well. During the third quarter, AMD expects revenue of about $2.55 billion. While Su expects that the bulk of sales will come from the current Ryzen products and Epyc server sales, AMD also expects its next processors on its upcoming Zen 3 CPU architecture and RDNA 2 GPU (aka “Big Navi”) architecture to debut before the year concludes. AMD has also begun shipping its next-gen integrated CPUs for upcoming game consoles like the PlayStation 5 and Xbox Series X, and those sales will ramp as well, Su said.

“I think the most important thing for us is to execute our commitments to customers—and by the way, that’s been the same focus for us over the last few years, and will continue to be the same for the next few years,” Su said during the call. “I think consistency in roadmap, consistency in performance, expectations, being able to ramp—basically, what we’re asking is for people to trust us.”

Su said that AMD’s communications with its customers now allow it greater visibility into the second half of the year, where the company believes that it can gain share in PC processors. AMD saw a strong shift from desktops to notebooks as consumers have weathered the COVID-19 pandemic, and the Ryzen 4000 mobile processor has done “extremely well,” she said.

In fact, AMD delivered its highest client processor revenue in more than 12 years, Su said, and the company recorded quarterly notebook processor unit shipments and revenue. Mobile CPU sales from notebook PCs grew by double digits—AMD executives declined to clarify further—more than doubling from a year ago. In all, there are now 54 Ryzen 4000-powered notebooks on the market, and the company expects a second wave of more than 30 ultrathin, consumer, and gaming notebooks, plus commercial notebooks from HP and Lenovo using the Ryzen Pro 4000 processor, Su said.

AMD has said previously that it believes it’s underrepresented in commercial notebooks, and Su reiterated that. “Commercial notebooks is a big focus for us, and we’ll continue to invest and hopefully make progress,” she said.

The limiting factor, Su said, was AMD’s ability to make processors, not ship them.

“The full year raise is because demand has gone up from our initial expectations, and some of that is from the market, and some of that is due to the strengths of our product function,” Su said, referring to the company’s elevated “raise” in its financial guidance. “We are increasing capacity to meet those needs, but it is tight, and I would say that as we continue to increase capacity, we see opportunity there.”

AMD reported revenue of $565 million in its Enterprise, Embedded and Semi-Custom Segment, which encompasses both the Epyc server CPU and console businesses.  Sales dropped 4 percent due to lower semi-custom sales, though they’ll ramp quickly as new consoles begin selling, Su said. AMD has already begun manufacturing and selling chips to console makers to begin their ramp, she said.

AMD also hit an important milestone for the company: reaching double digits in server share. Microsoft, for example, uses the Epyc chips to power its Office Online servers. AMD’s “Rome” architecture will continue to be a strong growth driver throughout the year, Su said, while the next-generation “Milan” chip “looks good in the labs,” and will begin shipping later this year.

Su didn’t address any future transitions in the company’s manufacturing process technology, the key point in Intel’s recent call. AMD’s roadmap calls for AMD to move to 5nm as it transitions to its Zen 4 architecture, which will happen sometime before then end of 2022.