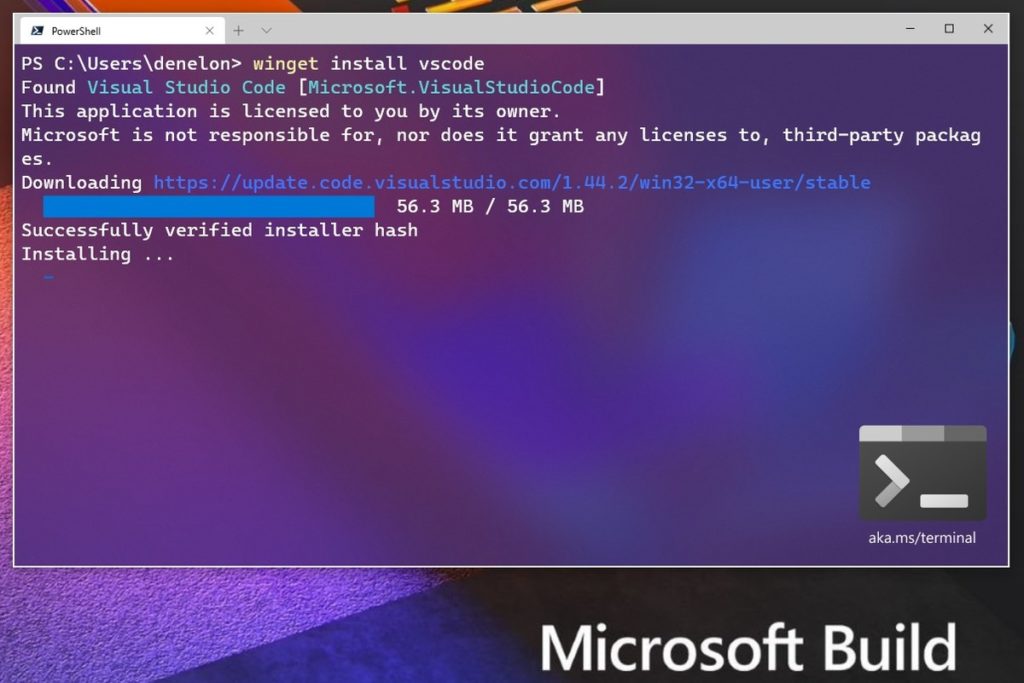 Windows 10 gets its own package manager

Microsoft (a little defensively) announced the App Installer package manager in a blog post that coincides with the opening of Microsoft Build, Microsoft’s developer conference. That’s significant, as developers have typically worked within a command line or text interface, writing thousands of lines of code. Package managers are also the preferred way of installing software under Linux, which manages the software and any dependencies that it requires.

In Windows, of course, software downloads are typically a single executable, .MSI package, or .ZIP file. Users can download them via a website, a service like Steam, the Microsoft Store, or other locations. Microsoft wants to make clear that all of those won’t go away.

But, for whatever reason, if you want to open a command shell and simply download the app you want without wading through the Microsoft Store or any of the other venues, you can. To be fair, other Windows package managers already exist, such as Chocolately. They’re an easy way to simply type one command and kick off an automated process to download and set up a pre-determined number of apps in the background.

Demetrius Nelon, the senior program manager at Microsoft responsible for the app, explained that it’s being provided as part of the Windows Insider beta rings. Once you’re signed up, you can then download the App Installer app from the Microsoft Store. (Warning: direct link.)

Nelon made clear that nothing will change for traditional Windows users. “What does this mean for the Windows store? It doesn’t mean anything for the Windows store,” Nelon wrote. “The Windows Package Manager is a command line interface, no marketing, no images, no commerce. Although we do plan on making those apps installable too.”

Nelon said that Microsoft looked at other Windows package managers and decided to go its own route. “What about insert any other package manager here? We think they are great. If they want to leverage our repository of validated packages, they can. If they want to see how we are doing it, it is open source. We’re open to feedback and suggestions.”

Unfortunately, not all apps in the Windows Store are available via App Installer, but more are apparently on their way.

Oddly, that wasn’t the only text-based interface to be launched at Build. A new PowerToys app, known as PowerToys Run, allows you to launch apps and documents by installing the software and then launching it via a Windows shortcut. Of course, the Win+R shortcut already allows you to do that, or you can simply type the Windows key, then the name of the app. Still, the first day of Build was apparently all about authoring diverse ways to do the same thing.