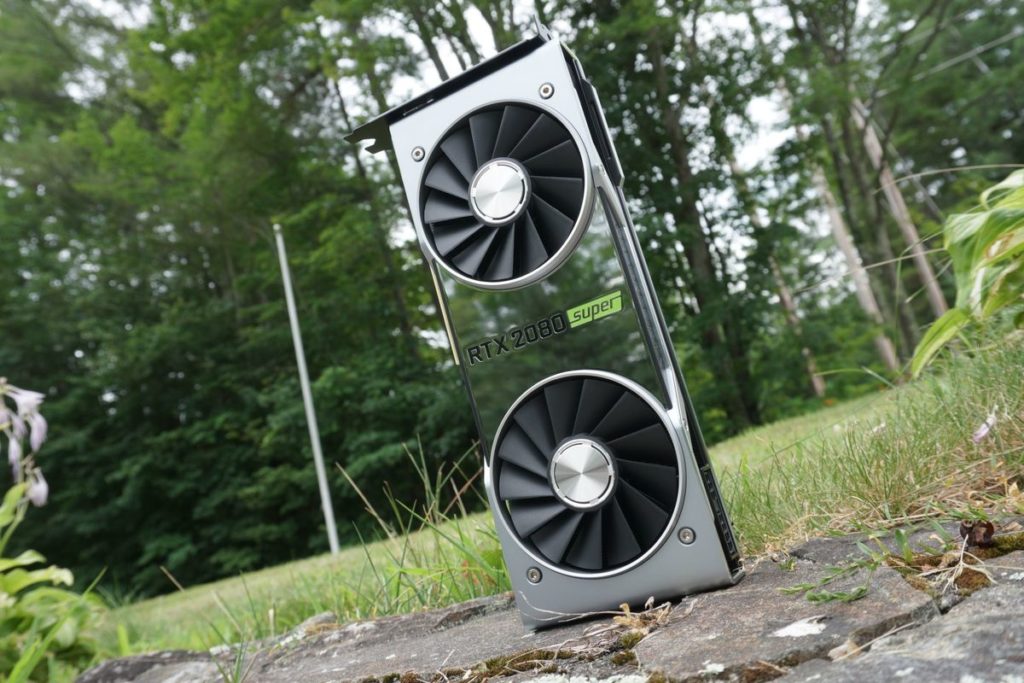 If you follow PCWorld’s The Full Nerd podcast, you might know that my general rule of thumb is that you should upgrade your PC’s components when they’re no longer performing as well as you need. Waiting for new hardware tends to be a fool’s game because in the technology world, faster and better things come out at relatively breakneck speed.

If you’re sniffing around for a new high-end graphics card, however, consider holding off on the purchase for a few months. It’s an awful time to buy one right now.

Don’t get me wrong: Current enthusiast-class GPUs like the GeForce RTX 2080 Super and 2080 Ti kick all kinds of ass. But while AMD and Nvidia haven’t announced any new consumer graphics cards just yet, there’s every reason to believe we’ll see new high-end hardware from each over the next few months. Splurging on a $500 graphics card now runs a high risk of leaving you with a severe case of buyer’s remorse in mere weeks.

Radeon graphics cards based on AMD’s upgraded RDNA 2 architecture will be out sometime before the end of the year. “The discrete graphics market, especially at the high end, is very important to us,” CEO Lisa Su stated at a CES roundtable with select journalists, including PCWorld. “So you should expect that we will have a high-end Navi, although I don’t usually comment on unannounced products.”

The RDNA 2 architecture brings real-time ray tracing into the AMD fold for the first time. It also delivers a massive 50-percent improvement in performance per watt over first-gen “Navi” RDNA GPUs found inside the Radeon RX 5700 series and RX 5500 XT. AMD doesn’t currently field any competition to Nvidia’s 4K-capable GPUs, topping out with the $400 Radeon RX 5700 XT. It’s great for 1440p gaming, but it requires visual compromises if you want to step up to higher resolutions.

AMD CFO Devinder Kumar hyped up Big Navi’s potential at the Bank of America Securities Global Technology Conference in early June, saying, “big Navi is a halo product,” and “enthusiasts love to buy the best, and we are certainly working on giving them the best.” Kumar also confirmed that Big Navi will be the first RDNA 2-based product for AMD. Because those next-gen consoles with AMD inside are coming this year, with the Xbox Series X slated for a November launch, this mysterious high-end Radeon graphics card will need to launch before then.

Nvidia, meanwhile, just revealed its next-gen “Ampere” graphics architecture in data center form. While some details remain murky, it looks like a doozy of an upgrade.

AMD’s current Navi GPUs are much more powerful and efficient than their predecessors, and part of the reason was moving to the smaller 7nm transistor process. Nvidia’s Ampere does the same. Current-gen Nvidia graphics cards with the “Turing” architecture were built on a 12nm process, so expect a generational leap forward in performance. Nvidia’s transition from the GeForce GTX 900-series’ 28nm process to the GTX 10-series’ 16nm process resulted in huge performance gains.

Moving to a smaller process lets Nvidia cram in a lot more graphics cores than before, and more cores means more performance. The Moore’s Law is Dead channel on YouTube claims that consumer GeForce GPUs based on Ampere will receive a huge 4X boost in ray-tracing performance, citing confidential sources. Always take rumors with a big pinch of salt—this channel doesn’t have a history for breaking GPU news—but it makes sense for Nvidia to use that extra space to try and maintain the ray tracing lead now that high-end Radeon GPUs and next-gen consoles with AMD ray tracing inside are on the horizon.

I expect to see a decent-to-substantial jump in traditional rendering performance as well. Nvidia’s GeForce RTX 20-series graphics cards got off to a sluggish start despite their ray-tracing innovations, and lackluster improvements in traditional games were a big reason why. “Compared to an overclocked GTX 1080 Ti out of the box, you’re paying a significant price premium for the GeForce RTX 2080 today, with no increase in traditional performance,” we said in our launch day review. Nvidia doesn’t typically make the same mistake twice.

Again, neither AMD nor Nvidia have formally announced new high-end graphics cards. But Phoronix spotted patches for an unknown “Sienna Cichlid” AMD GPU inside of Linux source code this week, and DigiTimes says that “AMD and Nvidia [are] set to launch their next-generation GPUs in September.” DigiTimes has spotty accuracy with iPhone leaks, but tends to have its ear close to the ground for the PC supply chain. The timing checks out compared to past Nvidia maneuvers, too. Typically, you’ll see new consumer GeForce variants a few months after a new architecture gets announced in a pricey data center GPU. The GeForce RTX 20-series will be two years old by September. It’s ripe for an update.

Listen: Enthusiast-class graphics cards are a significant investment. You don’t want buyer’s remorse after spending $500 to $1200 on a piece of PC kit. But a new breed of GPUs that appear much more potent could be right around the corner, and if you drop your cash now rather than waiting a couple of months, the shine might come off that fresh hardware pretty damned fast.

You’ll need to buy a graphics card if you’re building a rip-roaring new gaming PC from scratch, of course. But if you’re upgrading an existing battlestation, sit tight if you can. You’ve got ways to keep the good times rolling with older hardware while you wait. Dialing graphics settings back from Ultra to High can often provide a substantial boost in frame rates, as can lowering the game’s resolution. Overclocking can also help if you don’t mind drawing more power. If you have a solid Internet connection, streaming your games from the cloud with GeForce Now is another option if your chosen titles are supported. There’s a surprisingly robust free tier available.

If you’re looking for anything less than the absolute best gear, this warning probably doesn’t apply. Mainstream and low-end graphics cards with more modest versions of new GPUs tend to appear months after Nvidia and AMD put their best feet forward with enthusiast-class options. If you’re on the hunt for a great 1080p or 1440p gaming option, our guide to the best graphics cards can point you in the right direction.