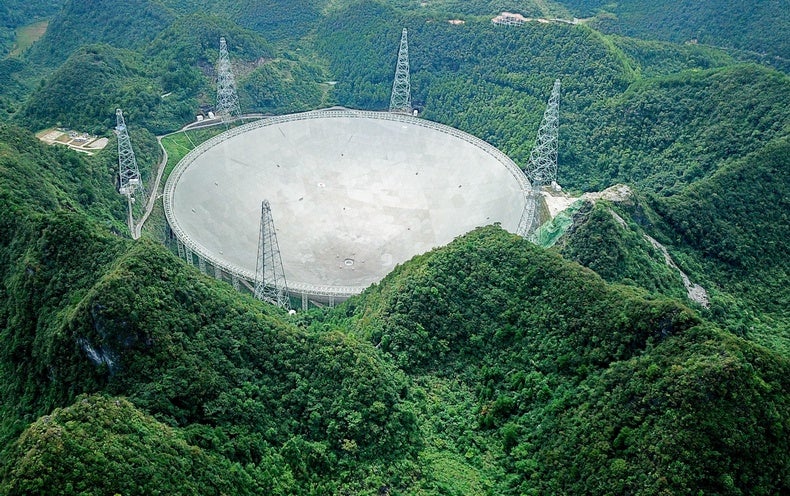 Want to Talk to Aliens? Try Changing the Technological Channel Beyond Radio 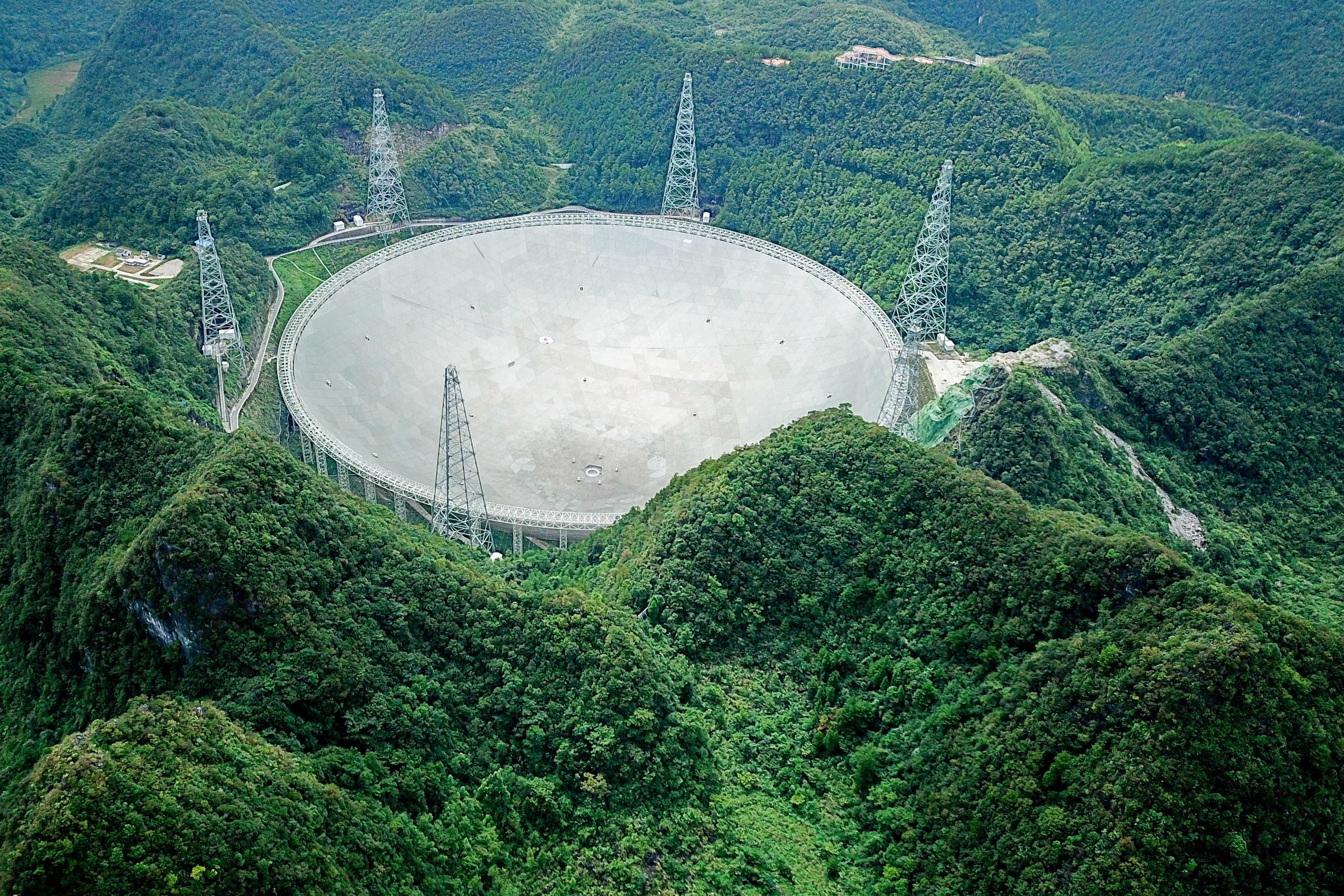 The endeavor known as the search for extraterrestrial intelligence (SETI) has long relied on radio telescopes to listen for broadcasts from potential alien callers. Yet in an expansive galaxy such as ours, how can we ever be sure that we have tuned in to the right station?

A new model simulating contact across the Milky Way suggests—perhaps unsurprisingly—that unless our galaxy is dense with long-lived intelligent species, the odds of stumbling across a signal are low. Yet the findings, which were published in the International Journal of Astrobiology, also point out that the probability of interaction could be greatest at the moment when a novel communication technology first comes online.

Along with providing fodder for imaginative scenarios—we flip the switch on some new listening device and, voilà, receive a transmission from E.T.—the results might encourage would-be alien hunters to innovate. Research efforts dedicated to discovering and developing new methods to communicate across cosmic distances may ultimately offer greater chances of making contact than long programs using a single technology.

For Marcelo Lares, the research began with a challenge. An astronomer at the National University of Córdoba in Argentina, Lares ordinarily works on data-rich statistical analyses involving stellar populations, the large-scale structure of the universe and gravitational-wave events.

Thinking about aliens offers no such informational abundance. “We have just one observation, which is that the Earth is the only known planet with life,” Lares says.

Scientific speculations about otherworldly life, intelligence and technology often rely on the Drake equation. This mathematical framework was first written down by astronomer Frank Drake in 1961. It estimates the number of communicating species by looking at the fraction of stars in the galaxy with planets, the percentage of those planets that develop life and the odds that such living creatures will grow curious about, and capable of, making interstellar contact with other beings.

Lares and his collaborators wanted something simpler. Rather than hazard guesses about the unknowns involved in life’s genesis and the development of intelligence and technology, they created a model with essentially three parameters: the moment when communicating species “awaken” and begin broadcasting evidence of their presence, the reach of such signals and the lifetime of any given transmission.

The resulting arrangement places a bunch of nodes—or intelligent message creators—at random throughout the Milky Way, where they sometimes broadcast and sometimes do not. “It’s like a Christmas tree,” says astronomer José Funes of at the Catholic University of Córdoba, who was Lares’s co-author. “You have lights going on and off.”

The team ran more than 150,000 simulations, each time with a different set of assumptions about these basic parameters, to see which scenarios favored interstellar contact. A galaxy full of technological aliens announcing themselves produced far more interactions than one where species were separated by vast distances or great amounts of time.

Such conclusions might not necessarily be shocking. “It’s just a statistical way of saying, ‘If you want to increase your chances of contact, you need greater numbers [of communicators] or have them last a long time,’” says planetary scientist Ravi Kopparapu of NASA’s Goddard Spaceflight Center, who was not involved in the work.

But Lares counters that quantifying our intuitive conceptions with mathematical models can be valuable, if only to serve as a reality check on our basic understanding. The findings set a kind of upper limit on the probability of contact under different circumstances, he adds.

In each case, the simulations showed that the odds of interstellar interaction are by far the largest just at the moment when a species “awakens” and figures out the right way to communicate. That result is because other nodes will have already come online and presumably found one another, essentially creating a large branch of “lit up” Christmas tree lights and increasing the chances of stumbling across this broadcasting network. But if the lights are flashing out of sync with one another or at vastly different times—a situation analogous to using the wrong contact technology or being separated by large time spans—intelligent species might never find one another.

After SETI’s historically preferred contact technology, radio waves, became commonly available in the early part of the 20th century, some discoveries were even initially thought to be alien transmissions. And in the 1960s, British astronomers Jocelyn Bell Burnell and Antony Hewish originally called the first detection of a pulsar, a rapidly spinning stellar corpse, LGM-1 for “little green men,” because the source’s pulses seemed too regular to be natural. Yet humanity has slowly been sending out fewer radio emissions over the decades as we have upgraded our technology to wired and fiber optic cables, which has lessened the chances that aliens might stumble across our leaking transmissions.

The new study’s authors see their findings as one possible answer to the Fermi paradox, which asks why we have not found evidence of intelligent aliens, given that in the long history of our galaxy, some technological species could have arisen and sent dispatches of its existence across space by now. The work suggests this absence is not very meaningful—perhaps E.T. is too far away from us in space and time or is just using some calling card that is unknown to us.

At the heart of the research is also an attempt to step away from some of the human-centric biases that tend to plague speculations about alien others. “It’s very difficult to imagine extraterrestrial communication without our anthropomorphic way of thinking,” Funes says. “We need to make an effort to exit from ourselves.”

Kopparapu concurs with this assessment. “Unexpected discoveries come from unexpected sources,” he says. “In our common-knowledge thinking, we are in a box. It is hard for us to accept that there could be something else outside it.”

SETI’s focus on radio waves developed under particular circumstances during a small slice of human history. Though the undertaking has sometimes tried other means to discover intelligent aliens, such as looking for high-powered laser beams or evidence of massive star-encircling artificial structures called Dyson spheres, any search still seemingly remains just as limited by the human imagination as it is by fundamental physics.

Yet looking for something as potentially fantastical as another cosmic culture requires the convergence of many disciplines, including physics, biology and even philosophy, Lares says. The effort to consider more creative messages, such as ones made by neutrinos, gravitational waves or phenomena that science has yet to discover, can help break down our parochial conceptions and give us a fuller understanding of ourselves.

Despite the small odds of contact, Lares is hopeful that attacking the problem in many ways will one day pay off. “I think that a SETI search is a high-risk bet,” he says. “The probability of success is actually very low. But the prize is really very high.” 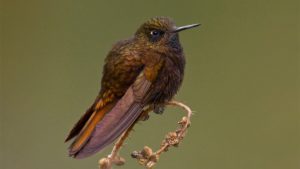 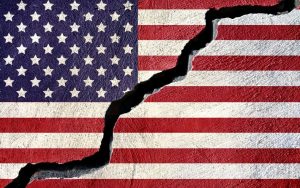 September 18, 2020
Earthquake Sounds Could Reveal How Quickly the Ocean Is Warming 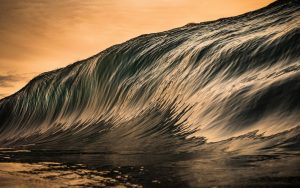