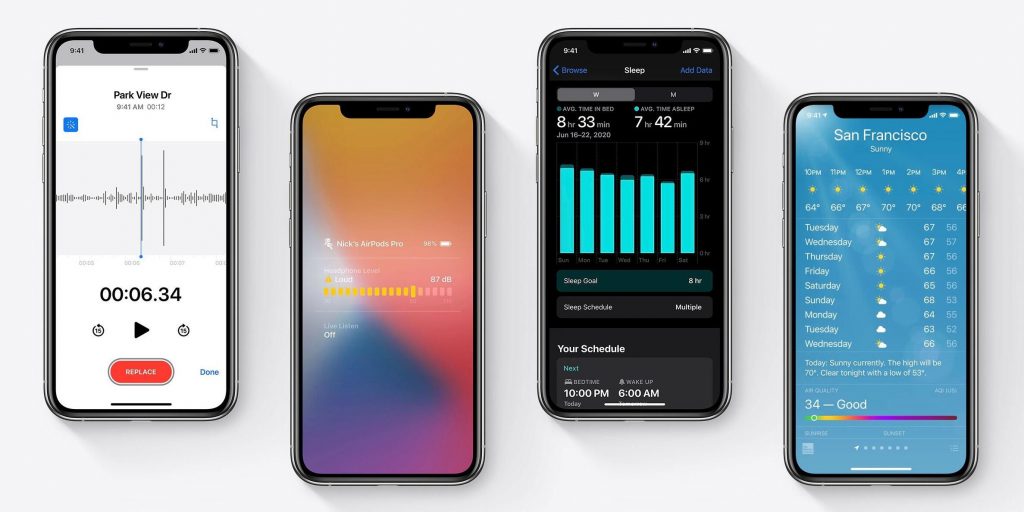 Apple hosted an online keynote for its annual Worldwide Developers Conference last month during which it announced iOS 14. The new iPhone operating system includes a major redesign of the iPhone’s home screen, picture-in-picture video, better widgets, a new way to automatically organize your apps called App Library and a new Siri interface. These features come alongside a new translation app and the ability to unlock your car with your iPhone.

But it was what Apple didn’t mention that caught my attention. As with previous WWDC keynotes, there were significant iOS features that Apple didn’t share for whatever reason. For example, in the Health app there’s a feature called Sleep that allows you to track and set goals for sleeping. So here are three iOS 14 sleeper features that I’m excited to try.

With iOS 14, you can set a third‑party app as the default email or browser app for your iPhone. This means you could make Firefox your default browser and Gmail your default email app. This is definitely something many of us have wanted from Apple for years.

The way it works is that a developer has to flag if their app is a browser or email app. This new feature will work on both iOS 14 and iPadOS, but it’s limited to email and browser. So there’s no way to set Google Maps as your default map app at this time.

2. iOS 14 lets you take photos faster on your iPhone

Apple’s website states that iOS 14 brings improvements to the Camera app for faster first shot and shot-to-shot performance. One feature that’s particularly exciting allows you to lock in your exposure separately from the focus. This means you can fine-tune your photo even before you capture it.

iOS 14 brings new tools for organizing audio recordings in the Voice Memo app. There is also an all‑new Enhance Recording feature that lets you improve the sound quality of your recordings, too.

I’m excited to try out all three of these features. For more WWDC, check out our first look for iOS 14 to learn about all the improvements and new features.