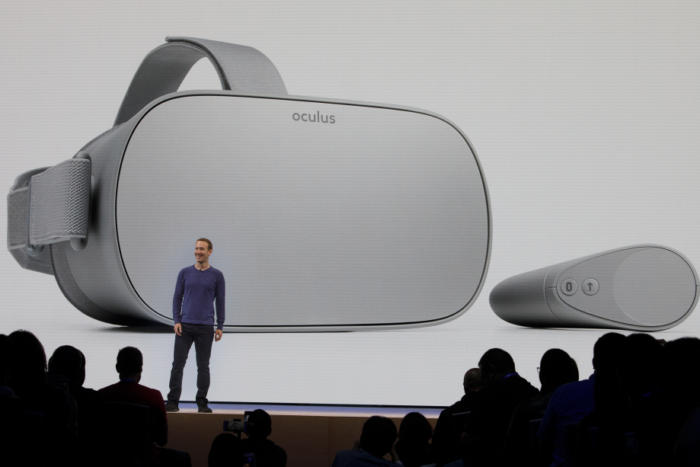 Oculus stopped selling its entry-level virtual reality headset on Tuesday, the Oculus Go. Usually this kind of announcement would be met with nostalgic retrospectives and beers poured on the floor. Much lamenting, and all that. Even the worst products usually get a rose-colored sendoff.

But virtual reality is better off without Go around, and so is Oculus.

You’ll get no eulogy from me. Not a fond one, anyway. Oculus Go was a play for the mass market that completely misunderstood the mass market. Staring down the barrel of the $600 Oculus Rift, the goal was to get people into virtual reality as cheaply as possible. Break down the barriers. Build the ecosystem.

That process began with the Samsung Gear VR. Using an existing Samsung phone to power a VR experience seemed novel circa 2015, when Gear VR debuted. There were no consumer-facing VR headsets at that point. The Rift and Vive were still a year out, and it was exciting to have a real product in-hand—and for cheap, if you already owned a Samsung phone. $100 for VR? Not a bad deal.

And it’s worth remembering that Gear VR didn’t seem so limited in those days. It didn’t have hand-tracking—but then, neither did the Oculus Rift at the time. Titans of Space, Dreadhalls, Esper 2, Keep Talking and Nobody Explodes, all the best of the early Rift games came over to Gear VR in some form because the platforms were fundamentally the same.

Then room-scale VR came along. Five years later it already seems like ancient history, but there was a time when Oculus didn’t believe in room scale. There was a time when every Oculus demo took place seated with an Xbox controller in-hand. The now-essential Oculus Touch controllers shipped nine months after the Rift, as Oculus retrofitted its tracking system to catch up with Valve and the HTC Vive.

Virtual reality changed. Not overnight, maybe, but it changed. I can’t remember the last time I played a major VR release sitting down with an Xbox controller. And yet that was still the experience offered first by Gear VR and then later by Oculus Go.

Released in 2018, Go basically repackaged the Gear VR concept without the need for a separate phone purchase. Not a terrible idea, perhaps. At $200, Oculus Go seemed downright affordable next to 2018’s Rift and Vive prices. And if all you wanted was to watch 360-degree videos? Sure, Go worked.

As I said, it was a play for the mass market. A play for Facebook’s “social VR,” perhaps. If your goal is to sell a billion VR headsets…well, you’re not going to do that by selling to people who play video games. Even the best-selling consoles top out around 100 million units. The (seemingly obvious) solution: Make an affordable headset that appeals to a different audience.

But as it turns out, it’s hard to sell people on virtual reality if you strip out everything that makes virtual reality special. Even by 2018 standards, Oculus Go provided a dismal experience. Seated, with a lackluster display and a mediocre battery, Go’s only strength was its lack of cabling. Like Gear VR, that made it great for demoing to first-timers. You could take Go anywhere, and a hell of a lot easier than you could drag your Rift to a friend’s place.

Buy one, though? That was harder to recommend. Rift games no longer made it over to Oculus Go. There was no Lone Echo on Go, nor even the potential for it. The platforms were fundamentally different. Look at the Top Selling Oculus Go games, and it’s remarkable how many of them are still games released for Gear VR in 2015. The Rift struggled for years to produce a solid software lineup even with enthusiastic developers behind it. Oculus Go never had a chance.

Besides, Oculus Go didn’t feel like a gaming device. As I said, this wasn’t aimed at the same people as the Rift and Vive. Maybe you’d play Angry Birds or Thumper, but Go was primed for media consumption. Ostensibly that meant viewing 360-degree videos of the Grand Canyon and the White House and such. Realistically, I’m guessing a lot of people used the Go for *ahem* adult viewing.

Virtual vices aside, there simply wasn’t much to do with Oculus Go. It had no room for growth, no real potential. It was a snapshot of VR circa 2015, frozen in time.

And it muddied the waters. Trying to convey to potential buyers that no, the Oculus Go experience was nothing like the full Rift/Vive experience? That no, the hype they’d heard didn’t apply to Go? That was tricky. People bought Go thinking they’d finally “get into” VR, just as Facebook and Oculus intended—but Go gave them little reason to explore or be excited about the platform.

It was a dead end.

Just a year later Oculus Quest released, and Go’s death was all but inevitable. At $400, Quest wasn’t “entry-level” like Go—but it replicated the full room-scale desktop experience. It had hand-tracking. It had top-tier Rift games like Beat Saber and Tilt Brush and Vacation Simulator. Oculus won over the mass market—not by churning out cheap headsets that captured the barest glimmer of VR’s potential, but by catering to enthusiasts in a new form factor.

Production shortages mean it’s still near-impossible to buy Quest. And with Quest constantly sold out since November, Oculus Go’s presence became even more of a nuisance. I don’t know how many times this past holiday I had to tell people not to buy Go, that no, it wasn’t just a cheaper version of Quest. That yes, they look pretty similar, but I promise you won’t be happy with Go! Over and over and over again.

It was high time Oculus Go died. Go would’ve been a brilliant piece of hardware in 2015, but it was mediocre by the standards of 2018 and downright anachronistic in 2020. This funeral is nothing but a formality—and one that arguably should’ve coincided with Quest’s release last year, when Go’s death would’ve felt more like a natural stepping stone between Gear VR and Quest and less like some vestigial third vertical few people embraced.

Oculus is certainly trying to position it as the former, writing that “Oculus Go made new experiences possible for people around the world, and it laid the groundwork for Oculus Quest.” But really this feels more like the end of an era, the end of an earlier Oculus with earlier ideas about VR’s future. Three paths diverged in the forest—Go, Quest, Rift—and only two of them were worth following.

Oculus Go was an experiment worth trying though, if only to prove the hurdle holding virtual reality back wasn’t price so much as quality. With Quest still sold out, at least Oculus can take solace knowing it eventually stumbled on the right path forward.