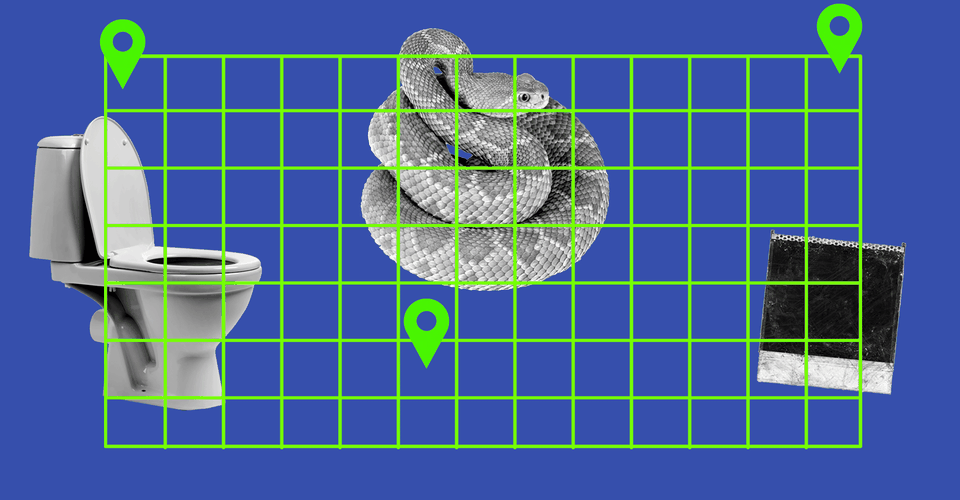 The App of the Summer Is Randonautica

I decided to try the app because of that video. As did Jennifer Costello, a 32-year-old true-crime fan from Vancouver, who was the lucky finder of a plastic bag full of hundreds of photos of moldy bread, which she uncovered in the woods during a rainstorm. She was able to identify where the photos came from—the nearby city of Abbotsford—based on a handful of graduation photos that were mixed in. There were also photos of a mushroom farm, but there are a lot of mushroom farms in Abbotsford, she told me, so she was unable to narrow her search any further. Still, she is grateful for her “creepy treasure,” she said, and plans to go randonauting again when the app stops crashing every time she opens it.

Other randonauts, reporting their adventures on Reddit, Twitter, YouTube, and TikTok, have seen plenty worth documenting. None of the sights is so strange, really. That is, until it’s cut out of context, presented as the finding of a device that is somehow in cahoots with the universe: a window covered with a grid of Post-it Notes. A coyote standing in a cemetery at noon. Bones, snakes, toilets. But also a sheep, a bookshelf in the desert, a car wash with rainbow lights.

The randonauting community (and the term randonauting) existed before Lengfelder launched his app, and the generation of random coordinates used to take place with the help of a custom bot in the messaging app Telegram. (Lengfelder was part of the group that built that bot.) The randonauts subreddit was created in March 2019, and currently has more than 114,000 members. There, stories are incredibly wholesome—usually focused on rescuing injured animals or stumbling across meaningful locations that remind users of loved ones or their salad days. It’s the TikTok randonauts who want to see spooky stuff and catch aliens. They tend to trespass and many of them film unhoused people, sometimes calling them “creepy”—neither of which is in line with the “9 Tenets” of randonauting.

Still, the mainstream attention has been welcomed. The official randonauts Twitter account, which currently has more than 20,000 followers, recently claimed that the world is approaching a “paradigm shift, where the extraordinary will become ordinary,” as more and more people begin to believe in the possibility of minds influencing machines.

The basic premise of Randonautica—that your brain can influence a random-number generator—comes from controversial research conducted at Princeton beginning in 1979. There, the late engineer Robert G. Jahn spent decades exploring the largely derided hypothesis that people could use “micro-psychokinesis” to affect machines in very small ways. This theory—which has generally been dismissed by other scientists—is cited on the official Randonautica website, and extrapolated to suggest that a person can focus on any kind of specific feeling or noun and then be led to coordinates that somehow correspond to it. Brenda Dunne, Jahn’s lab manager for many years, told me in an email that this seemed possible to her: “I would predict that the results produced with the Randonautica app would demonstrate meaningful correlations only occasionally, but more often than might be expected.” Though, she added, the app has a “psychological aspect” that would prime users to notice coincidences and mystery.