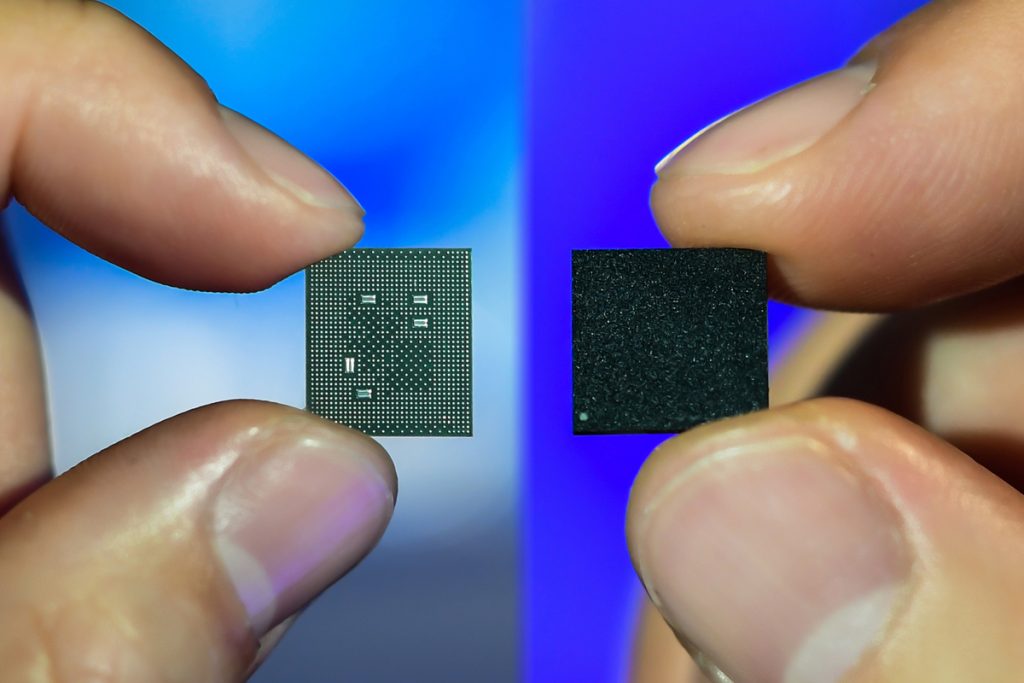 If you’re spending time poring over Android phone spec sheets when deciding which phone to buy, then you know there are basically two processors to look for: the latest Qualcomm Snapdragon chip—right now, that would be the Snapdragon 865 or slightly faster 865 Plus—and everything else. Smartphone processors move so fast that even the previous flagship processor’s speeds are old news.

That’s changed this year. Along with the high-end Snapdragon 865 that powers flagships like Samsung’s Galaxy S20 and the Snapdragon 865 Plus for even higher-end gaming phones, Qualcomm is also selling the Snapdragon 765 and 765G chips, which raises the middle tier substantially. While mid-range phones have typically run Snapdragon 6 and 7 Series chips, the 765 is a different animal.

For one, it has an integrated 5G modem. For another, it’s significantly cheaper than the 5G-enabled Snapdragon 865, so 765-based phones won’t cost anywhere near four figures. In fact, the first Sanpdragon 765G phone to launch in the U.S. is the LG Velvet and it costs $599, considerably less than the crop of 5G phones from Samsung and Oneplus that launched earlier in the year.

But how does it measure up to those phones? I recently got my hands on the LG Velvet and ran it through a battery of tests and came away very impressed. While it’s still bested by the Snapdragon 865, as it should be, the gap isn’t nearly as wide as the previous mid-range processor, and it could make a phone like the Pixel 3a feel remarkably fast. Let’s dive in.

First, let’s set a baseline. The predecessor to the Snapdragon 765G is the 730, with a 2.2 GHz Kryo 470 Octa-core CPU. It’s a different sort of chip for a much cheaper class of phone (mostly because it doesn’t have 5G), but it’s roughly similar to the 765’s 2.3 GHz Kryo 475 CPU. I don’t own a phone that uses this chip, but a smattering of tests on NotebookCheck gives a good idea of what to expect:

To start my testing, I turned to the LG V60 with a Snapdragon 865 processor to keep it in the family as well as the Galaxy S20 Ultra, which has the same chip but way more RAM (8GB vs 12GB). All phones were updated and restarted, and I ran the same tests as above: Geekbench 5’s CPU tests, PCMark’s Work 2.0 Performance tests, and Browserbench’s Speedometer 2.0 test (over Chrome), which measures the responsiveness of Web applications.

Those are really really good scores, as you should expect from phones that cost this much. Even though the V60 is substantially cheaper than the S20 Ultra ($950 vs $1,400), the Snapdragon 865 chip inside both of them performs better than most Android phones you can buy at any price.

Next up is the Asus ROG Phone 3, which is the latest decked-out gaming phone with all of the performance bells and whistles, including a slightly faster Snapdragon 856 Plus processor. I had oddly low results from Speedometer 2.0 with this phone so I’m not including them, but overall, the 865 Plus is as advertised: a little faster than the standard 865. Asus also has a battery-sucking performance mode that cranks the chip even higher:

Finally, I grabbed two of last year’s flagships, the Galaxy S10+ and Pixel 4 XL to test the older Snapdragon 855.

To round things out, I ran the Galaxy S9 with the Snapdragon 845 through the same tests:

I expected the Snapdragon 765G in the LG Velvet to be roughly similar to the Snapdragon 730, but the 765G is actually a good deal quicker and not all that far off from the 855. It particularly struggled with the PCMark Work 2.0 score, but that could have more to do with LG than the chip itself since the V60 also considerably trails the Galaxy S20 Ultra in that test.

I was most impressed with the Speedometer score. Android phones have long lagged Apple’s iPhones with its web performance scores—the iPhone SE, for example, clocked a 166 in Speedometer 2.0—but the Velvet shows impressive gains for a mid-range chip. That’s practically double the scores I got with the Snapdragon 845 and 855, Qualcomm’s previous two flagships.

That’s an all-around improvement over the Snapdragon 730 and 845, and not far off the 855, which is still bring sold in thousand-dollar phones. Yes, it’s slower than the 865 in benchmarks, as it should be, but when you consider the price difference between the Velvet and other 5G phones such as the Galaxy S20 Ultra and the OnePlus 8, the Snapdragon 765G processor should bring some exciting releases later this year at even more attractive price points. (Though to be fair, LG’s phones are at the mercy of carriers, which tend to inflate MSRPs to make discounts look more enticing.) Battery life will need to be tested as well, but initial impressions are strong.

For example, the recently launched OnePlus Nord, which isn’t releasing in the U.S., is priced at 399 Euros or around $450 in U.S. dollars. That’s even cheaper than the Velvet and a tremendous value for a 5G handset. And when you factor in the speeds it can deliver, OnePlus’s premium Android phones—which cost twice as much—don’t seem quite so premium anymore. I’ve only been using the Velvet for a few days, but nothing about it feels slow or laggy, and it’s impossible to tell the difference between it and the V60 in day-to-day usage.

There’s even talk that Google might be using the Snapdragon 765 in the upcoming Pixel 5 instead of the 865, which makes a lot of sense to me. Google has always had a hard time competing with the Galaxies and iPhones of the world, but with a lower price thanks to the 765 processor, that could change. The Snapdragon 765 opens up a world of opportunity for Android OEMs and consumers alike and for the first time in a while, the future of phones that aren’t running the most powerful Qualcomm chips is very promising. Mid-range cameras and displays have been catching up to their premium counterparts for years, and now the 765 looks to bring performance closer to the higher-end of Android as well.

Premium phone prices might not be falling anytime soon, but with the Snapdragon 765, we might not actually need to buy them anymore.