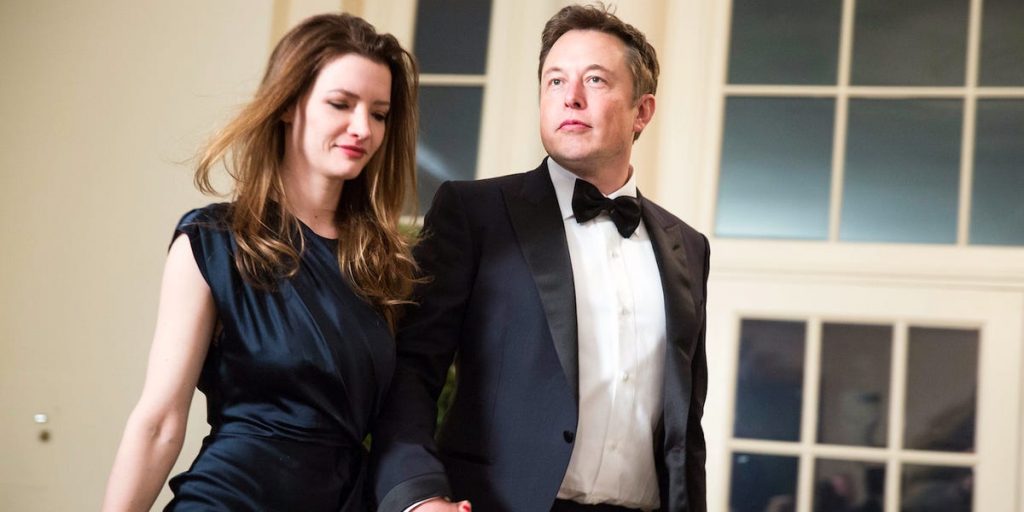 British actress Talulah Riley has addressed bizarre rumors that she was procured as a “child bride” for her ex-husband, Tesla billionaire Elon Musk, by Jeffrey Epstein’s associate Ghislaine Maxwell.

Riley published a statement on Twitter on Saturday after a photograph of Musk standing next Maxwell at a Vanity Fair party began to re-circulate.

Maxwell was arrested by the FBI on Thursday, and charged with helping Epstein to procure underage girls to abuse. Her arrest has fueled speculation of which other high-profile figures may have known of Epstein’s behavior.

“To my knowledge, I have never met Ghislaine Maxwell,” Riley said in her statement.

The picture was taken at a 2014 Oscars after-party thrown by Vanity Fair, where Riley said she was present. “It is possible I was briefly introduced to her, but not in any way that I can remember.”

Riley also addressed rumors she’d seen on Twitter that she had been procured for Musk by Maxwell as a “child bride.”

“Again, I don’t know Maxwell. Elon and I met when I was 22 and he was on a business trip to London. It was a chance meeting, engineered by no one,” she wrote.

“I’m distressed by something so truly awful being thrown around this court-of-Twitter. I hope that every victim of Epstein’s finds justice and peace, and that any person involved in harming underage girls is punished to the full extent of the law.

The photo of Elon Musk standing next to Ghislaine Maxwell was brought to light in 2019, and a spokesperson for Elon Musk told Business Insider at the time that Maxwell “simply inserted herself behind him in a photo he was posing for without his knowledge.”

The photo began recirculating on Twitter after Maxwell was arrested by the FBI on Thursday. Musk tweeted on Thursday that he did not know her, saying she “photobombed” him.

In her statement, Riley said that she went together with Musk to Epstein’s house once as part of “an itinerary of appointments.”

He said: “Several years ago, I was at his house in Manhattan for about 30 minutes in the middle of the afternoon with Talulah, as she was curious about meeting this strange person for a novel she was writing. We did not see anything inappropriate at all, apart from weird art. He tried repeatedly to get me to visit his island. I declined.”

In January of this year two sources told Business Insider Jeffrey Epstein set up Musk’s brother Kimbal Musk with a woman in an attempt to get close to Elon Musk. Epstein and members of his entourage were given a private tour of SpaceX’s California facility in 2012, the sources said. Musk denied this on Saturday.

“To the best our knowledge, he never toured SpaceX. Don’t know where that comes from,” Musk tweeted.