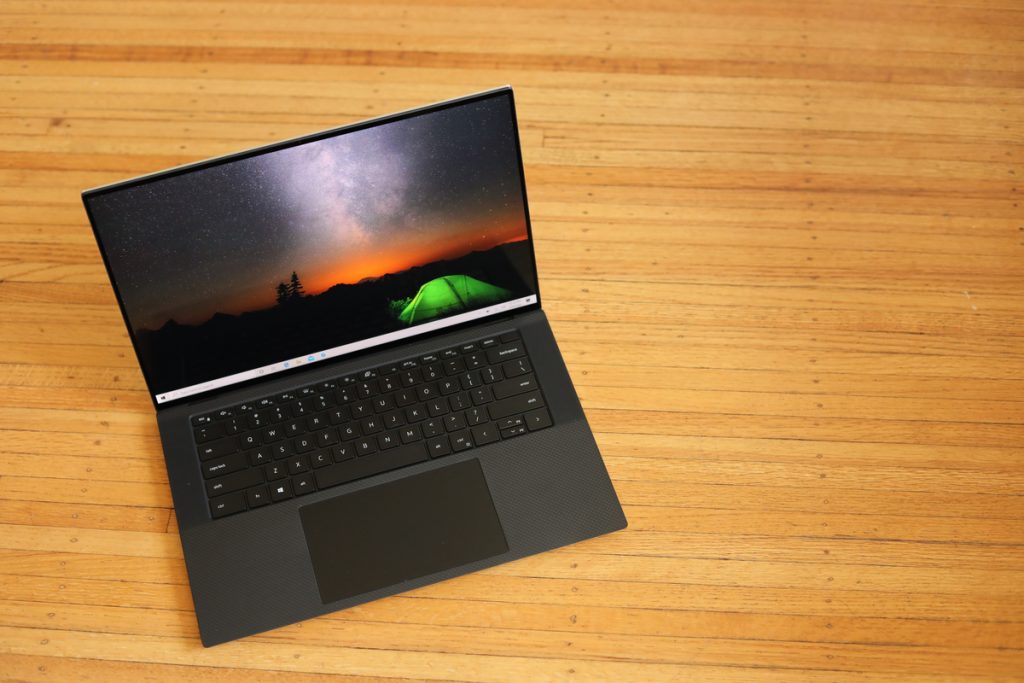 Timing is everything in the PC business, and the Dell XPS 15 9500, an overdue refresh to the company’s high-end workhorse, arrives just in time for it to be truly considered the “MacBook Pro killer” it’s always aspired to be.

Yes, we know “MacBook Pro killer” is overused Internet clickbait. But with Apple’s decision to throw in the towel on x86-based laptops, anyone buying a Mac today is basically volunteering to stand on the deck of the Titanic and wave as the last lifeboats pull away.

This review is part of our ongoing roundup of the best laptops. Go there for information on competing models and how we tested them.

Some laptop refreshes can be fairly minor. For the XPS 15 9500 ($2,254 at Dell.com), it’s a complete redesign of a laptop that’s changed little since 2015, when it first adopted its “InfinityEdge” bezels.

On this model, gone is the 16:9 display aspect ratio that was prevalent for some years—fine for watching YouTube, not so great for productivity. In its place is a 16:10 aspect ratio, 15.6-inch panel running 4K+ with HDR400 and Dolby Vision support. The result is a stunning all-screen look that is likely to set the style for other laptop makers to emulate.

The Dell XPS 15 9500 wouldn’t be a Dell XPS 15 without top-shelf parts. As you can see from the spec list that follows, it’s first-class all the way. Note that the eval unit we tested has a Core i7 CPU, which we think is a better choice overall than the 9th-gen Core i9 in the Dell XPS 15 7590 we tested last fall. The Core i9 chip seemed to push that laptop’s thermals over the edge.

Ports: For ports, pictures tell the story best. On the left side of the laptop you get a wedge-shaped lock port and two Thunderbolt 3 ports.

The right side of the XPS 15 9500 gives you a SuperSpeed USB 10Gbps Type-C port that can hit 10Gbps transfers and support USB Power Delivery charging and DisplayPort (with and adapter). You also get a UHS-III SD card reader and an analog audio jack.

Yes, there’s no square USB-A port on the XPS 15 9500, which is sure to chap some hides. We’ve complained about this since Dell jettisoned the USB-A on the XPS 13, but to no avail. Dell’s official reason has been to reduce the thickness of the laptop without adding drop-down jaws or port bulges. The unofficial reason, we suspect, is that if Apple gets away with it, why not Dell? When we mean “get away with it” we mean, people still buy Apple and Dell laptops by the truckloads, so maybe it’s just us.

Beyond the loss of the USB-A though, is an overall trend to lose concurrent port use. The previous XPS 15 7590 featured two USB-A, one Thunderbolt 3, a full-size HDMI port, headset jack, SD Card slot, lock port and dedicated charging port. That meant you could charge the older model with an HDMI monitor plugged in as well as a USB keyboard and USB mouse. With the XPS 15 9500, one USB-C port will always be occupied by the charger. A monitor (with adapter) would take another port. Suddenly you’re down to a single USB-C port for everything else.

Fortunately, Dell mitigates this a little by including a USB-C dongle with a USB-A and HDMI adapter in the box. Dongles are yet another accessory to juggle, but a free dongle is better than none at all. You can guess what Apple does.

Because the XPS 15 9500 is aimed at content creators, Dell spends valuable real estate to integrate an SD card reader into the laptop. Dell specs it as a UHS-III-capable slot, which means in theory, it can hit 600MBps if you have a fast-enough card. Actual UHS-III SD cards are still nearly impossible to find, though, so for our test we used a 128GB SanDisk Extreme Pro card rated for 300MBps reads and 260MBps writes. We ran CrystalDiskMark 7.0’s standard test on the XPS 15 9500 and compared it to the results of a SanDisk Extreme Pro UHS-II USB reader.

The XPS 15 9500’s SD card slot outperformed a fast USB reader by 21 percent in reads and 18 percent in write speeds. If you’re copying over 100GB of video files you just shot, that’s a significant difference.

Webcams are no longer the throwaway feature they were last year. In the XPS 15 9500, it’s a 720p-resolution unit (as are the vast majority) that’s integrated into the top bezel. The module also supports infrared and works with Windows 10’s biometric Windows Hello feature. If you don’t want to use your face to login, there’s also a fingerprint reader built into the power button.

Overall, the webcam delivered image quality similar to that of most current laptops in normal lighting. Unless you’re doing a video conference in a cave with Colonel Kurtz, it’s just fine.

Laptop speakers generally run the gamut from medicore to worse. Sometimes, like in the case of the MSI GS66 Stealth, you almost wonder if there are speakers inside–or the world’s smallest Kazoo band.

With the XPS 15 9500, Dell actually integrates four speakers: two side-firing in the base, and two speakers that fire up through 4,532 holes drilled through the keyboard deck. This gives the XPS 15 9500 legitimately the best audio we’ve heard in a small laptop in a while. No, this won’t match the annoying beat coming from the back of a lowered Honda Civic, but it gets decently loud with a good balance of highs, mids and lows. It could use a touch more bass, but we suspect that’s asking too much of a laptop this thin. As it is, the laptop is loud enough that you can feel the vibrations through the keyboard deck on your palms if it’s turned up to moderately high volume. (We’re not sure what could be done except add vibration insulation, which would make the laptop thicker and heavier.)

The speakers are branded Waves NX. Dell says they were tuned by an Academy-Award-winning producer to improve its immersive sound. Whether that’s just marketing fluff we can’t say, but it does indeed sound very immersive, thanks to the combination of the sound coming at you from the top and the sound reflecting off a surface.

The parts of the laptop you touch most are the keyboard and trackpad. On the XPS 15 9500, you thankfully get a standard butterfly switch instead of the company’s MagLev keyboard. That means good travel and fairly stable keys when depressed.

Much like the MacBook Pro, the trackpad is now huge. It supports Microsoft’s Precision drivers for Windows 10’s gestures and is fairly smooth, though not as buttered-glass smooth as MSI’s GS66 Stealth. With its size, we were concerned about sending the cursor flying with our fat palms. But even when trying, we could not get our palms to move the cursor.

There were reported issues with loose and wobbling trackpads on early XPS 15 9500 units. Dell reportedly has said it identified the issue, which has been corrected on newer units. Any laptops already in the field will be fixed.

So is a large trackpad better? That’s hard to say. A larger trackpad means you don’t need your finger to be as precise or as focused in its movements as it would have to be on a smaller surface area. Your fingers also physically have to move farther. Overall, Dell has done its homework on tuning the trackpad.

The trackpad is still a physical clickpad as well, with a hinge design placing the pivot point at the top near the keyboard. That means it’ll get progressively harder to click the trackpad as you move farther up the surface. In comparison, Apple’s MacBook Pro series doesn’t physically move, instead simulating clicks with haptic feedback.

Which is better? Apple’s system will bug those who want their trackpads to actually move. Because the clicks are fake, however, there’s no need to increase pressure near the top of the keyboard. To each their own.

Keep reading to see the amazing display, and performance benchmarks, of course.