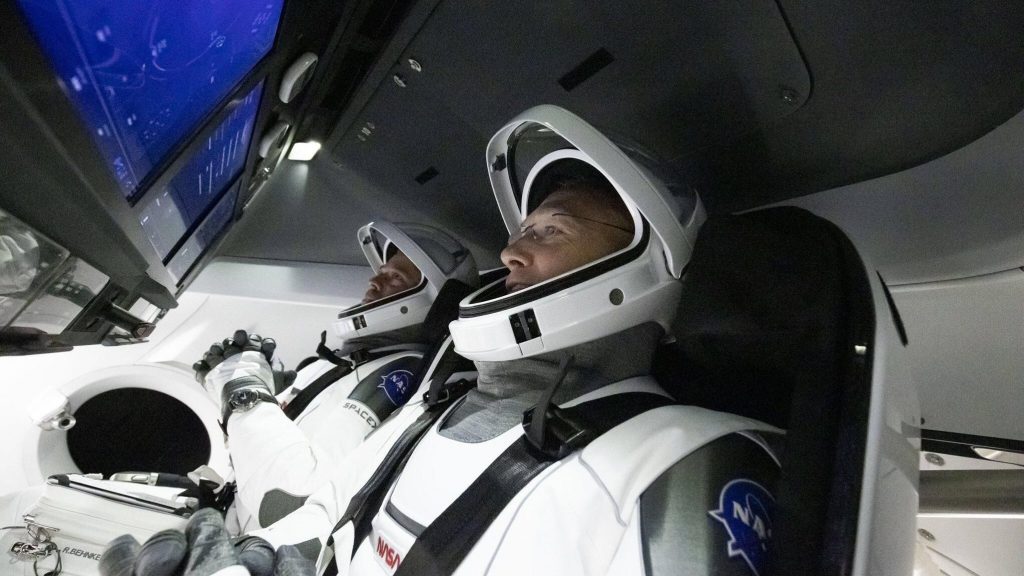 The first return of a commercially built and operated US spacecraft carrying two NASA astronauts from the International Space Station made waves Sunday when it splashed down in the Gulf of Mexico right as scheduled at 11:48 a.m. PT.

Crew Dragon undocked from the ISS at 4:35 p.m. PT on Saturday, kicking off the crucial final leg of the crewed test mission that’s meant to prove SpaceX is ready to carry astronauts back and forth to the ISS on a regular basis. Crew Dragon had previously aced its uncrewed Demo-1 test flight back in March.

NASA TV livestreamed the crew capsule’s return and was scheduled to broadcast a follow-up news conference at 1:30 p.m. PT on Sunday.

Behnken and Hurley arrived at the ISS in late May after a smooth launch. The return schedule was initially uncertain due to the arrival of a major storm along the Florida coast.

Crew Dragon had seven potential splashdown sites in the Gulf of Mexico and Atlantic Ocean to choose from. A spot off the coast of Pensacola, Florida, won the honor. The weather held out nicely, giving the astronauts calm waters to land in.

From the lab to your inbox. Get the latest science stories from CNET every week.

A SpaceX recovery ship named GO Navigator was on location to retrieve the capsule, crew and parachutes. In a news conference on Friday, Behnken and Hurley said they would have bags ready in case they experienced seasickness while waiting for pickup by the recovery crew. The astronauts reported they were doing well after splashdown.

The splashdown followed a tense reentry process that put a lot of heat and stress on the spacecraft. Crew Dragon’s parachutes deployed as it closed in on its target and brought it gently down into the sea. Scorch marks on the capsule were a testament to the rigors of its return journey.

There was a delay in opening the Crew Dragon hatch on board GO Navigator as the recovery crew purged toxic vapor fumes from around the capsule.

Hurley and Behnken were taken to a medical facility on the ship for initial checkups as part of the standard return procedures. They were scheduled for a helicopter ride back to shore.

“To anybody who has touched Endeavour, you should take a moment to just cherish this day,” said Hurley during the exit from Crew Dragon.

If the Demo-2 mission assessment goes smoothly, then NASA and SpaceX will move forward with the first operational Crew Dragon mission, which is scheduled to launch later this year.

The safe return of Behnken and Hurley opens up a new future for US spaceflight. It fulfills the promise of NASA’s Commercial Crew Program and its quest to end the space agency’s dependence on Russian spacecraft to carry its astronauts to the ISS.