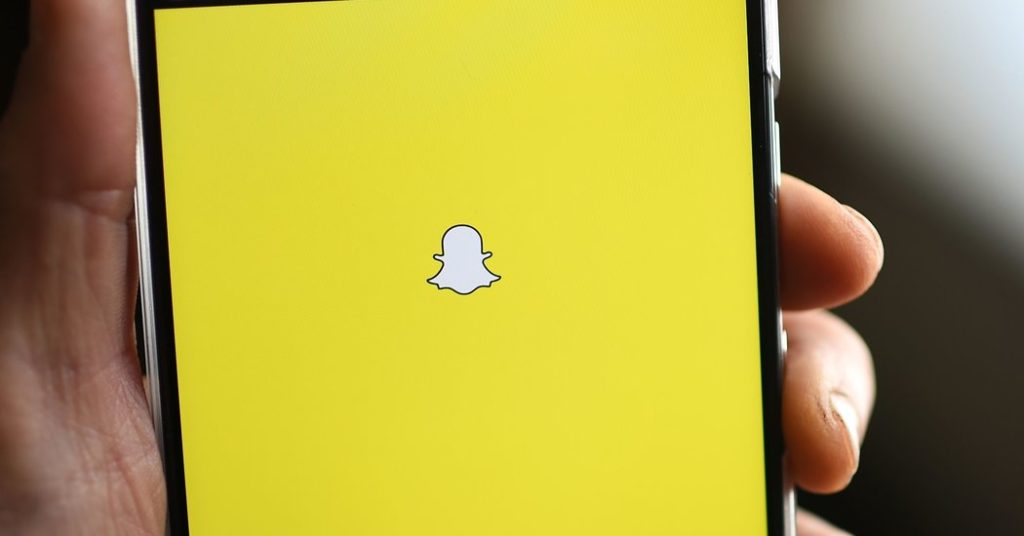 WASHINGTON — Snap said on Wednesday that it had stopped promoting the Snapchat account of President Trump after determining that his public comments off the site could incite violence, in another hardened stance by a social media company against the president.

Snap, which makes the Snapchat app that is popular among young users, said Mr. Trump’s account would remain intact but would not be promoted on its Discover home page for news and stories. Mr. Trump’s account was previously regularly featured on Discover, along with the accounts of other high-profile users like the celebrity Kim Kardashian, the actor Kevin Hart and Gov. Andrew M. Cuomo of New York.

Snap’s move is part of a toughening position by social media companies against Mr. Trump’s posts, which are often aggressive and contain threats and inaccuracies. Over the past week, Twitter has labeled several of the president’s tweets for giving misinformation on voting and glorifying violence. In contrast, Facebook has not touched Mr. Trump’s posts, arguing that they are newsworthy and should remain up in the name of free speech.

Snap said it had decided to stop highlighting Mr. Trump’s account because of tweets, posted on Saturday, in which he threatened to send “vicious dogs” and “ominous weapons” into the protests that have erupted across the nation after the death of George Floyd, an African-American man who was killed in police custody in Minneapolis. The comments did not appear in Mr. Trump’s Snapchat account.

“We will not amplify voices who incite racial violence and injustice by giving them free promotion on Discover,” Rachel Racusen, a Snap spokeswoman, said.

After Mr. Trump’s comments, Evan Spiegel, Snap’s chief executive, addressed them in a lengthy message to his employees.

“We will make it clear with our actions that there is no gray area when it comes to racism, violence and injustice,” Mr. Spiegel said in the memo that was posted on Snap’s blog on Monday. “We simply cannot promote accounts in America that are linked to people who incite racial violence, whether they do so on or off our platform.” But the company would not remove accounts, he added.

Mr. Spiegel said he had reached his decision while thinking about the future of the country and his company’s role in it, musing in his letter to employees about the intentions of the founding fathers and reflecting on the time he spent studying in South Africa.

White House representatives did not respond to requests for comment. Brad Parscale, the manager of Mr. Trump’s 2020 campaign, accused Mr. Spiegel of liberal bias and said, “Snapchat is trying to rig the 2020 election.”

Mr. Trump has been embroiled in a confrontation with social media companies since Twitter began labeling some of his tweets last week. He immediately accused Twitter, his preferred social media platform, where he has more than 81 million followers, of stifling his speech and meddling in the November presidential election.

In an apparent act of retaliation last Thursday, Mr. Trump signed an executive order intended to chip away at legal protections that internet companies rely on so that they are not liable for the content posted on their sites.

Twitter and others have denounced the executive order. Twitter has since pressed ahead in labeling more tweets by public officials, while Facebook has faced criticism for doing nothing about Mr. Trump’s posts. Mark Zuckerberg, Facebook’s chief executive, grappled with a virtual walkout on Monday by hundreds of his employees over the issue, but has continued defending his decision to leave Mr. Trump’s messages untouched.

Social media companies are entitled to enforce their own standards on speech, said First Amendment and social media speech scholars.

Snap’s decision “shows that companies increasingly understand that they do not need to be in the binary leave-up or take-down dynamic,” said David Kaye, a law professor at the University of California, Irvine, and the United Nations special rapporteur on freedom of opinion and expression. “They have multiple tools to deal with the dynamics of the spread of hateful content, disinformation, harassment and other kinds of content.”

But the impact of Snap’s action is likely to be modest, said Kate Klonick, an assistant professor at the law school at St. John’s University.

“The president doesn’t need to be promoted by Snap, or Twitter or Facebook,” she said. “His speech is amplified by social media organically.”

Mr. Trump has a following of about 1.5 million people on Snapchat, according to Bloomberg. On the account, he currently features video and images of his photo op in front of St. John’s Church in Washington, along with a screenshot of one of his tweets.

Mr. Trump was regularly promoted on the Discover feature, which is curated by people and algorithms and allows publishers and public figures to reach new Snap audiences.

People have been spending more time on Snapchat since the coronavirus pandemic began. Snap reported in April that its number of daily active users had grown more rapidly than expected, reaching 229 million people. Communication between friends was 30 percent higher in the last week of March than in the last week of January, Snap said.