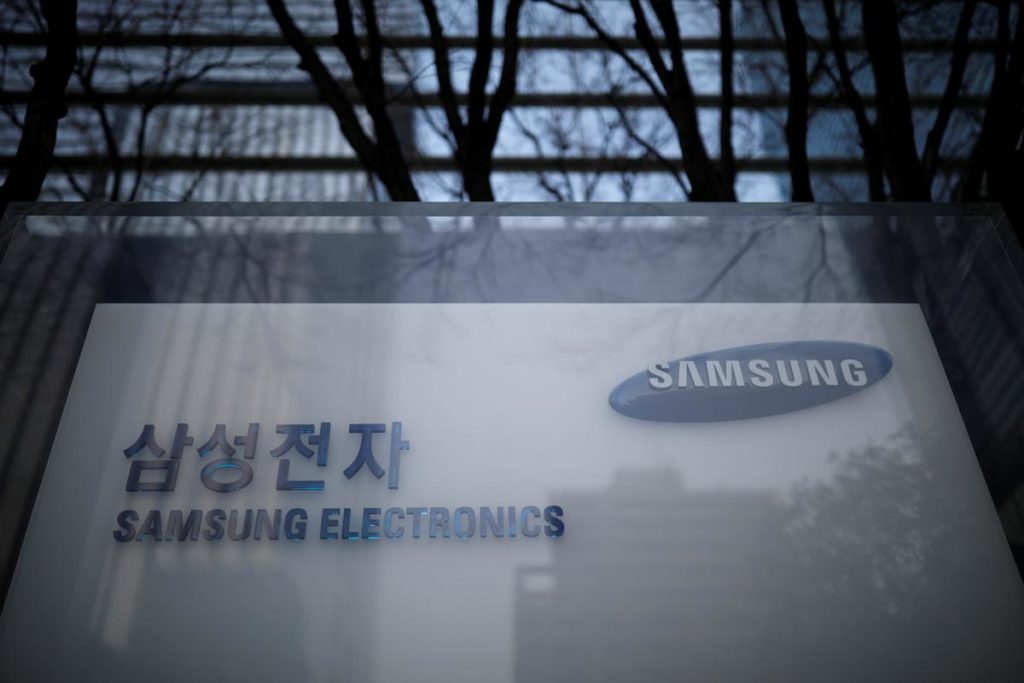 SEOUL (Reuters) – Samsung Electronics Co Ltd has begun work on a sixth domestic contract chip production line, the company said on Thursday, to make logic chips for mobile phones and computers as it looks to cut reliance on the volatile memory chip sector.

FILE PHOTO – The logo of Samsung Electronics is seen at its office building in Seoul, South Korea, March 23, 2018. REUTERS/Kim Hong-Ji

The South Korean firm is taking on bigger rival Taiwan Semiconductor Manufacturing Co Ltd (TSMC) in the contract manufacturing business, where it competes for orders from customers such as Qualcomm Inc.

“This new production facility will expand Samsung’s manufacturing capabilities,” the company said in a statement on Thursday.

Samsung is targeting the second half of next year to start producing advanced 5 nanometre chips, using extreme ultraviolet (EUV) technology, on the added line in its plant in Pyeongtaek city, within a two-hour drive of the capital, Seoul.

“This is Samsung’s effort to narrow the gap with TSMC, as it still lags behind TSMC in the contract chip making market,” said Park Sung-soon, an analyst at Cape Investment & Securities.

TSMC, the world’s biggest contract chipmaker, plans to build a $12 billion factory in the U.S. state of Arizona, it said last week.

Samsung now operates five foundry lines in South Korea and one in the United States.

This month, President Moon Jae-in said he aimed to nurture the non-memory industry in his agenda to foster economic growth.

South Korea’s chip exports for the first 20 days of May soared 13.4%, while exports of mobile devices and cars collapsed 11.2% and 58.6% respectively, customs data showed.