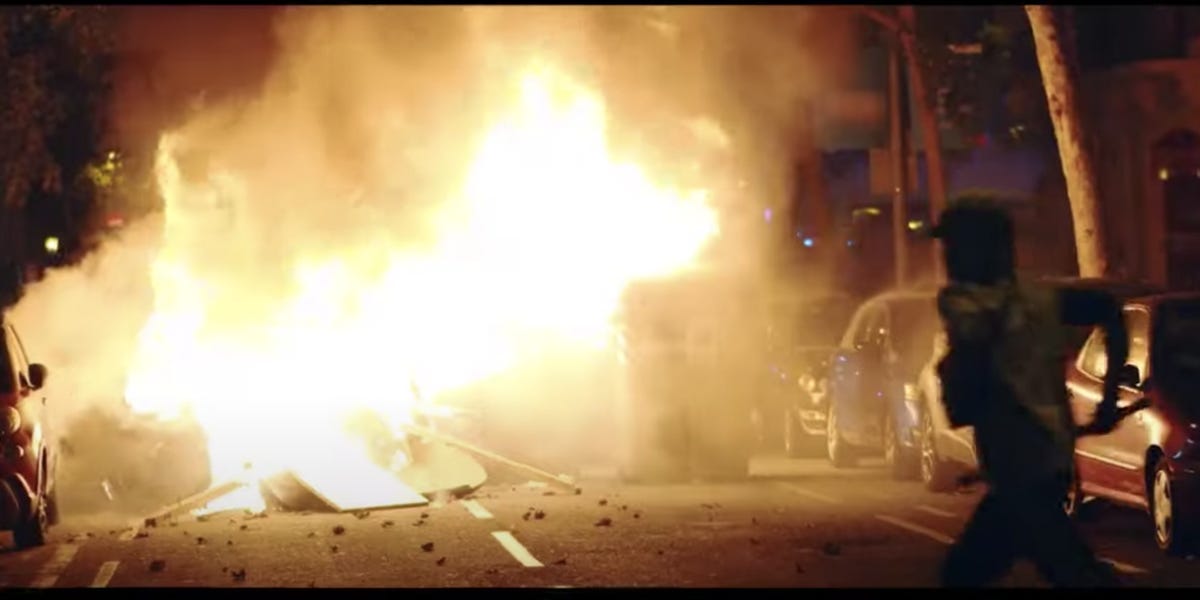 RNC used video of Barcelona in video about US protests

The Republican National Convention, which took place in a mostly-virtual format Monday through Thursday, used stock video footage of an October 2019 protest in Barcelona, Spain, while the video’s narrators alluded to ongoing anti-racism protests in the United States.

As NBC News reported, the video that aired Monday and has since been uploaded to President Donald Trump’s YouTube channel featured Catalina and Madeline Lauf, a pair of conservative sisters, who spoke about their beliefs and support of President Trump.

The clip appears four minutes into the video and shows a bright fire as a person runs across the screen holding a baton. But, as NBC News reported, the footage came from stock video and the image service Shutterstock.

“This is a taste of Biden’s America,” one of the video’s narrators said, as several photos and videos of various protests flash on screen. “The rioting, the crime. Freedom is at stake now and this is going to be the most important election of our lifetime.”

As NBC News reported, the original Shutterstock video — titled “Young rebel riot revolutionary anarchist” — did not contain information about where and when the footage was taken. However, corresponding imagery from Getty Images showed that the firey clip was not filmed this year in the US, but was recorded last year in Barcelona, according to the report.

The Republican National Committee did not immediately return Business Insider’s request for comment,

Anti-racism and anti-police brutality protests erupted across the US toward the end of May following the police killing of 46-year-old George Floyd in Minneapolis, Minnesota. Floyd, a Black man, died after an officer held his knee on Floyd’s neck for more than eight minutes while Floyd called for his mother and said he couldn’t breathe.

While protests were most widespread in late May and early June, demonstrations have continued for months and have recently been reinvigorated by more reported instances of police violence faced by Black Americans. While the demonstrations have typically been peaceful, destructive and sometimes violent actors have also dominated headlines and drawn the ire of the president and other members of the GOP.

“You won’t be safe in Joe Biden’s America,” Vice President Mike Pence said during his speech at the RNC on Wednesday.

While the Biden campaign has been sympathetic toward the protesters, it has spoken out against the looting and other destructive behavior and has not supported calls to defund the police, despite President Trump’s repeated claims.