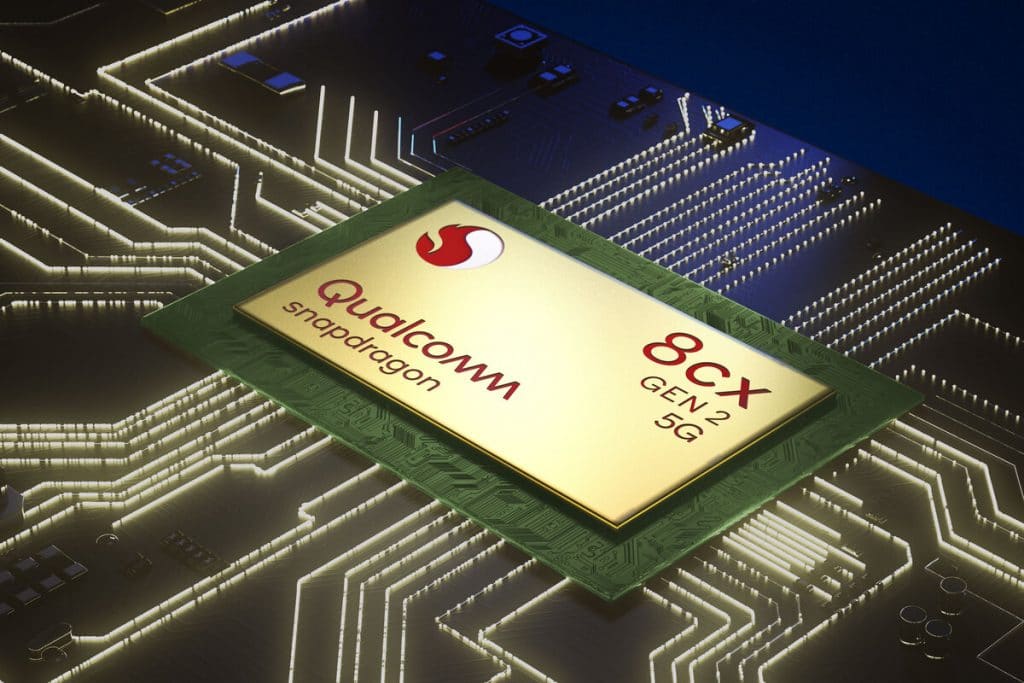 The Acer Spin 7 14-inch convertible laptop will be the first announced with the new chip—which, as its name suggests, can be used with the X55 5G modem that Qualcomm manufactures. Although Qualcomm was uncharacteristically mum on battery life, Acer isn’t: The laptop maker says the Spin 7 will offer “multi-day” battery life, which certainly implies more than 24 hours. HP will also build a business laptop based upon the platform, the companies said.

Battery life has always been Qualcomm’s strength, however. Performance limitations continue to dog the platform, while consumers wrestle with the lack of emulated 64-bit Windows apps. Users are starting to find workarounds to solve the latter issue—somewhat, anyway.

Qualcomm believes that the Snapdragon 8cx Gen 2 can outperform a 10th-gen Core i5 at 15W by 18 percent. Whether the 10th-gen Core i5 was from the 14nm, productivity-minded Comet Lake family, or the 10nm, graphics-oriented Ice Lake family, Qualcomm doesn’t say. Neither does it identify the app it’s using to make those claims.

Unfortunately, we’ve heard these boasts before. Qualcomm claimed that the first-generation Snapdragon 8cx would outperform Intel’s 8th-gen Core i5-8250U in the PCMark 10 Apps benchmark, which uses real-world Microsoft Office applications. Qualcomm predicted its own performance accurately, but woefully underpredicted the Core i5-8250U’s performance. In our review of the Snapdragon-powered Galaxy Book S, the rival Lenovo ThinkPad X1 Tablet (3rd Gen), powered by a Core i5-8250U, scored about twice what Qualcomm predicted. That it put the Galaxy Books S well behind a tablet that was already a year old at the time.

Still, the pandemic has tweaked Qualcomm’s value proposition. Are people taking day-long flights? Well, possibly to a remote cabin for distance learning, where cellular connectivity and long battery life are more precious than anything else.

The integrated Spectra ISP supports up to 32MP user-facing cameras and 4K HDR—key upgrades for home workers stuck on Microsoft Teams, though the Spin 5’s press materials didn’t even mention the webcam. (To be fair, Microsoft Teams doesn’t yet have a native version for Windows on Arm, and Zoom’s Windows on Arm version doesn’t appear to be quite ready.)

Qualcomm said it expects devices using the Snapdragon 8cx 5G to ship in late 2020, which would be when we’d expect Acer’s Spin 7.