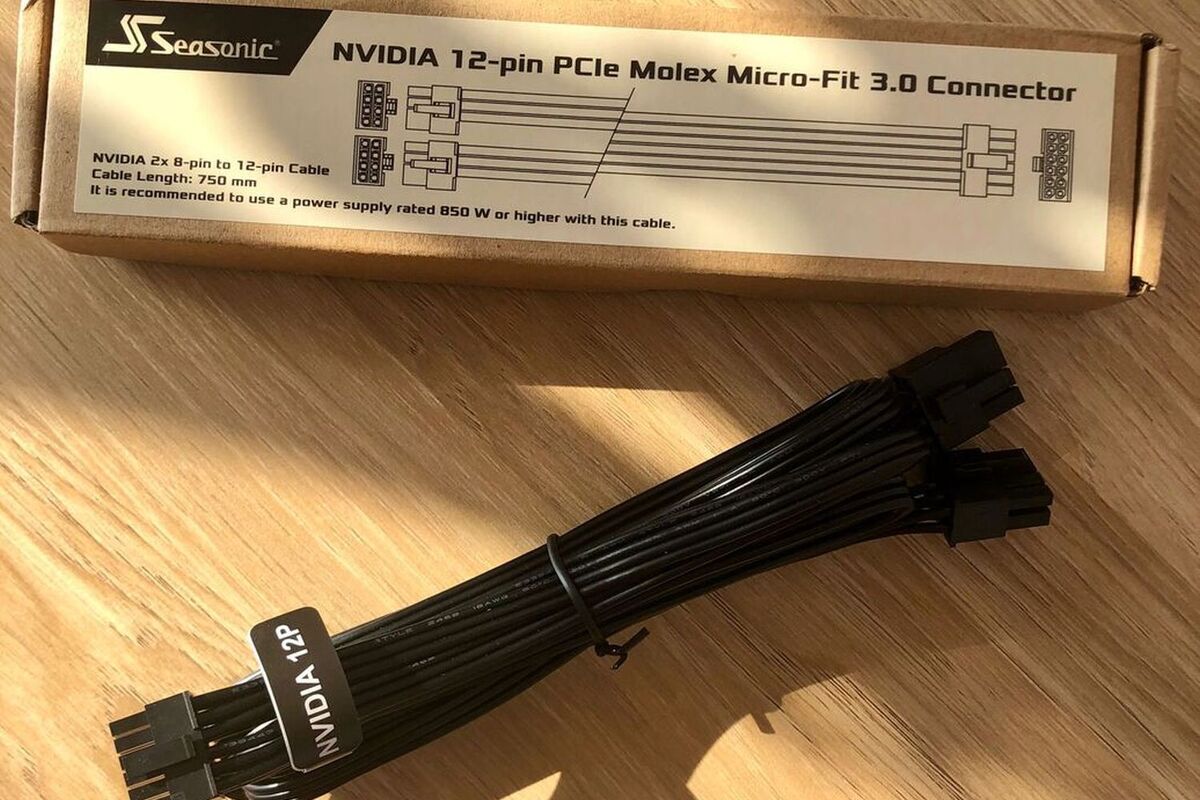 When rumors of an Nvidia-specific power connector for the rumored GeForce RTX 3090 surfaced last month, it sent hardware nerds into a tizzy that the cable would be a major turn off. If you need a fresh cable or power supply to run a new Ampere GPU, after all, that could push you toward the competition. But in pictures revealed by German site Hardwareluxx.de, the 12-pin connector makes a pretty compelling case for why it might be preferred.

Hardwareluxx.de actually got a hold of a cable from power supply maker Seasonic (which also spilled the beans about these connectors on Chinese social site bilibili). Editor Andreas Schilling posted a tweet showing the new 12-pin connector next to the standard dual 8-pin connectors used on high-end graphics cards.

When Nvidia’s 12-pin connector broke cover last month as a rumor, it was mostly pitched as an OEM-only part. PC OEMs often break standards to improve production line speed or to improve on a specification they believe is holding back PCs.

Nvidia’s tiny 12-pin connector is also expected to supply a beefy dose of wattage—648 watts, according to Tom’s Hardware. If true, that means a single cable plus the power from the PCIe slot should be plenty for Nvidia’s new “Ampere” GPU-based GeForce RTX 30-series graphics cards.

Moving to smaller connectors on a graphics card’s PCB opens more room for a beefy heat sink. The cabling doesn’t shrink much so there’s still a lot of cord to wrangle, but a single 12-pin for the cards would mean no longer having to deal with figuring out the occasionally finicky combo plugs in use today.

With standard power cable designs, you have to convert 6+2 pins into 8 pin (or back) when installing the GPU. A single 12-pin eliminates the time wasted, and the potential for confusion among builders.

The 12-pin plug also means if a card required it—and there’s no evidence it does—a dual 12-pin connector would occupy the same board space as a dual 8-pin connector. While there’s no indication yet that Nvidia’s upcoming boards will need a dual 12-pin configuration, such a design should be possible in theory. That paves the way for over the top designs such as this limited-edition ROG GeForce GTX 580 Asus Mars II that featured three 8-pin connectors.