Mail-Sorting Machines Are Crucial for the U.S. Postal Service 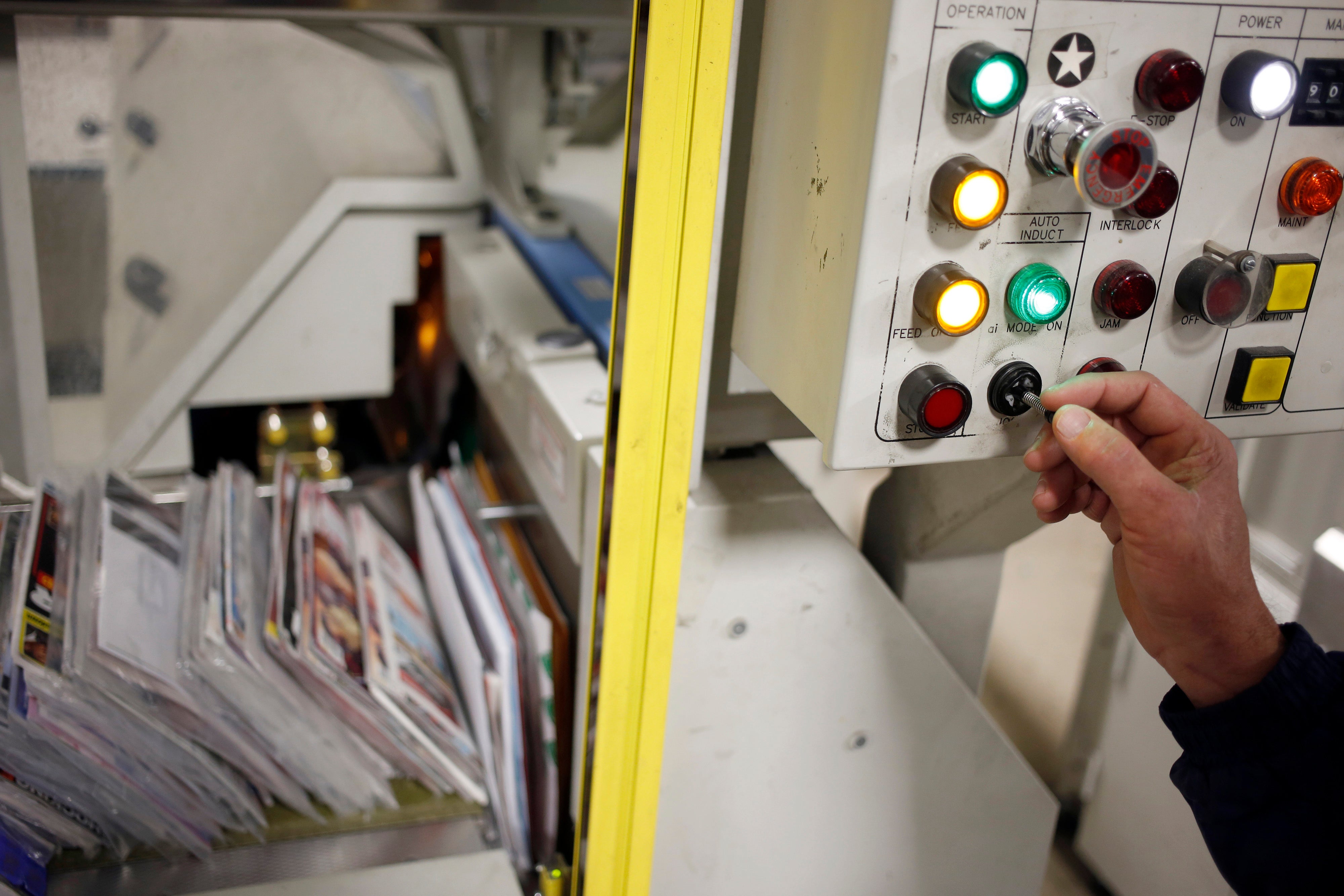 This summer the American Postal Workers Union filed a grievance against the U.S. Postal Service over the agency’s plans to decommission 671 mail-sorting machines at facilities across the country. Although a few such machines are normally replaced each year because of wear and tear, this mass removal would involve a significant percentage of the more than 8,500 pieces of automated processing equipment that the USPS uses nationwide.

The move also coincided with new USPS cost-cutting measures—instituted by Louis DeJoy, a former Republican Party fundraiser whom President Donald Trump appointed postmaster general earlier this year—which have been blamed for mail backlogs and delayed deliveries. The situation, coming just ahead of a general election in which coronavirus precautions will lead many Americans to vote by mail, could potentially affect the outcome: the USPS has announced that it may not be able to deliver mail-in ballots to voters on time if they are requested later than 15 days before the election.

Automated machines such as the ones being decommissioned greatly speed up the mail-sorting process for the USPS, which delivers what amounts to roughly half the world’s mail. Its equipment can postmark and sort up to tens of thousands of pieces of mail per hour, performing what is “essentially a mechanized and automated version of the same process that was done in the 19th century,” says Daniel Piazza, chief curator of the Smithsonian Institution’s National Postal Museum in Washington, D.C. Of course, this process goes much faster than it did when a sorter was “a person standing in front of an enormous wall of cubbyholes, reading the address and putting it in the right box for the right city,” he adds. Scientific American spoke with Piazza about how mail-sorting machines work and why they are so crucial to today’s postal service.

What are the automated processes that a letter goes through in today’s mail system?

The first stage is something that’s called acceptance—the process of the postal service taking possession of your mail and bringing it into the system. You can drop a letter in a corner mailbox, bring it to the counter [to] hand it to a clerk or leave it in your own mailbox for the carrier. Or a big mailing firm might pull a tractor trailer up to a big sorting and bulk-distribution center.

The next step, generally, is that [the mail will] go through “facer-canceler machines,” which bring in the letter, orient it the right way and check for postage. The cameras on the machine can read tagging (phosphorescent or ultraviolet ink that’s incorporated into U.S. postage stamps) under UV light and know that there’s postage on your letter. And then it cancels the [stamp] and applies the postmark. Cancellation is what obliterates the postage stamp so it can’t be used again; [it’s replaced with a] postmark that has information such as the place and date of mailing. If there’s no postage on the letter, then it’ll be kicked out of the machine for a human to actually review. But those cases are pretty rare.

Once the mail has been canceled, it goes into the sorting part of the machine. The optical character reader will read the address and spray a bar code on the front of the of the mail piece that indicates [where it should go]. Most people don’t realize that their actual zip code is, I think, up to 17 or 19 digits now. There’s the five- or maybe nine-digit zip code that you include on the envelope, but that bar code that’s sprayed on the envelope contains within it about 17 or 19 digits that code the mail—at least to your block and sometimes to your house. All that can be placed on planes or trucks and sent out of the sorting-and-distribution center to the local post office for delivery.

When the letter arrives at the local distribution-and-processing center, it gets put into machines that sort mail now—not by city or by zip code but by actual carrier route within the city. In many cases, it’s prearranged in what’s known as walk order, the order in which the carrier is going to walk the route. And that automates a whole other process: carriers used to have to get to the post office, I’d say at five or six o’clock in the morning, and do all of that sorting of the mail for their route before they went to deliver mail. Now [when they] arrive in the morning, the mail is already delivered from the distribution center to the local post office, sorted in that walk order.

When did the postal service start relying on these machines?

The first part of the mail-processing workflow to be automated was the canceling of postage stamps, which had been done by hand almost exclusively up until around the turn of the 20th century. But that still required a person to handle every piece of mail: orient it the right way to go through the canceling machines, make sure that the stamp is in the upper right-hand corner, and so forth. It remained almost totally manual until the late 1950s—in a sense, we figured out how to sort the mail and put a man in space at about the same time. The Transorma machine that’s introduced in 1957 and the multiposition letter-sorting machines that are introduced a little after that, they still relied on the model of a human operator sitting in a chair. These were essentially conveyor belts or other mechanisms that would put a piece of mail in front of that operator. The operator would read the address and, through some keystrokes, would code that mail to its destination. And then the machine would take that mail and deposit it in the appropriate bin.

Then you have the introduction of optical character recognition, [or OCR], that can actually read handwritten, as well as typewritten, addresses. Much of that technology was developed in the 1960s and the early 1970s by private industry but under contract to the postal service. This technology is on your computer today. When you scan in documents, letters or a book and then tell Adobe Acrobat or whatever program you’re using to perform OCR, that software that you’re using on your computer is directly related to these postal contracts and the postal applications of it. Despite how accurate the OCR is and how far it’s progressed in the past 50 or 60 years, there’s still a certain percentage of the mail that’s unreadable by the machines. Maybe something is obscuring the address, or the handwriting is particularly bad. In those cases, those letters are still read and reviewed by a human operator. But nowadays much of that is actually done remotely, [at] what’s called a remote encoding center. Mail-sorting equipment all over the country is transmitting images of the mail that it can’t read to this handful of remote encoding centers.

And then it progresses to the situation we have today, which is: now there are enormous machines that can do all of this in one process. They can arrange all the mail pieces in the same direction, cancel the mail, read the address and sort it to its destination. Most of the mail that goes through the mail system is never even really seen or handled, during the processing phase, by a human employee.

When did the machines start sorting packages as well as letters?

The mechanizing of parcels was a separate process and much more tricky, from an engineering and mechanical standpoint, because of the tremendous variety of the size and dimensions of parcels that are handled through the mail. What’s happened over time is: the volume of letter mail, or first class mail, has declined tremendously. And the volume of packaged mail has increased tremendously—particularly over the past three to five months, with COVID-19 and more people being indoors and ordering things that come in small parcels.