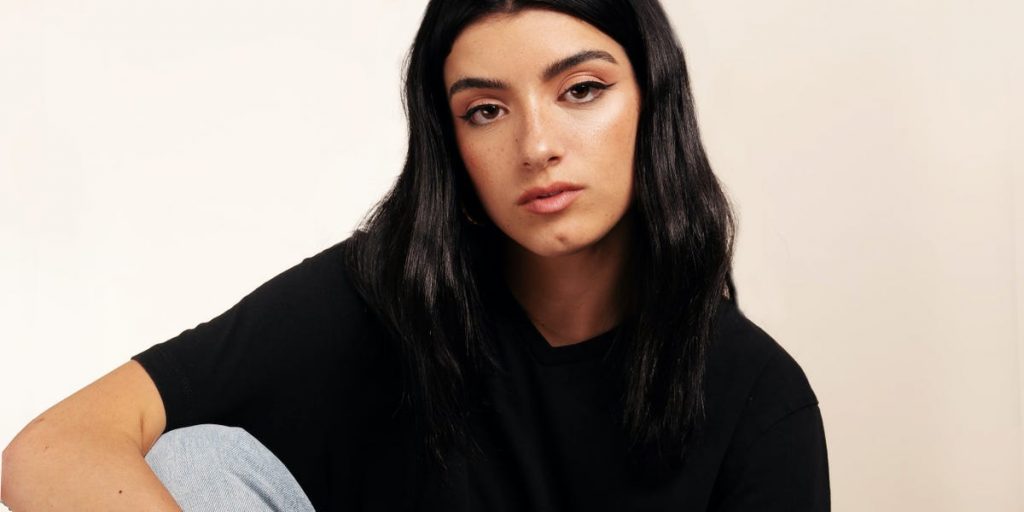 TikTok star Dixie D’Amelio and her internet-famous family aren’t betting on an established record label for her introduction into the music industry. Instead, they are counting on the massive fanbase their family has built across social media.

At the end of June, Dixie released her first single titled “Be Happy” under her family-owned label, DAM FAM Recordings. The song reached over 1 million Spotify streams within its first weekend and at the beginning of July, Dixie made Billboard’s list of Emerging Artists.

She first teased to the song on TikTok in June, singing an a capella rendition of it for her 30 million TikTok followers. The music video, which was released on July 1, has 52 million views on YouTube.

With millions of followers across many social-media platforms, Dixie and her family are a powerhouse in the influencer industry. Her sister Charli is TikTok’s most followed creator with 73 million followers (that number will have likely changed by the time you read this), and their parents Heidi and Marc also have large followings online.

Outside of TikTok, the sisters have landed traditional Hollywood roles (Charli is the voice of a character in a new animated film), spent time with celebrities like Jennifer Lopez, and are the face of new product collabs with companies like Hollister and Morphe Cosmetics.

To make it all happen, the D’Amelios are comanaged by the firms Outshine Talent and Manncom Creative Partners, and represented by United Talent Agency for larger business ventures, like going on tour, or a possible reality TV show which the family has teased recently.

Barbara Jones, who is the founder of Outshine Talent, and Billy Mann, the founder of Manncom Creative Partners, weren’t initially brought on to help the family with music projects. But as they discovered Dixie’s interest and talent, they were able to create a plan using the deep knowledge of the industry they shared from past experiences working at top record labels.

For Dixie, the launch of her new song is the start of a larger strategy, Jones said. It will rely on the family’s celebrity-level team and the massive distribution funnel the D’Amelios have built across TikTok, Instagram, and YouTube, rather than a traditional record label.

Business Insider spoke with Jones and Mann about developing the song and their plans to work with more talent on music going forward.

Inside developing the song

The idea to work with Dixie on a song came after her dad Marc shared a video of her singing at a school event with Mann and Jones late last year.

“We have to remember, a year ago Dixie was in school and the parents were carpooling to dance class,” Mann said. “She can really sing and has her own style and her own manner of singing which is a lot harder to come by. There’s a distinct character to her voice.”

The song was recorded in Mann’s private home studio earlier this spring, he said.

Mann said he sent Dixie dozens of songs to look over and they would spend hours talking about them over FaceTime.

She eventually choose “Be Happy,” which was produced by Christian Medice (who has worked with Halsey) and was cowritten by Medice, Samantha DeRosa, Joe Kirkland, and Mann.

“It felt like Dixie,” Jones added. “This was a good song for her style and her range. There’s nothing wishy-washy about Dixie.”

Days before the song was released, Mann told the family that given her audience online, and the fact that she was a brand new artist, Dixie could expect between 100,000 and 250,000 streams within the first week.

But like most everything the family does online, the song was instantly trending and received widespread interest across many social-media platforms.

How the team behind Dixie’s music came together

Both Mann and Jones have worked for a variety of record companies over the years.

In 2007, Jones was the head of marketing for Columbia Records in New York, and she later started her own influencer-marketing agency. She shifted her business to talent management after meeting and signing the D’Amelios as talent.

Mann has been writing and producing for over 25 years, has worked with artists like P!nk, and has cowritten songs nominated for a Grammy. He met Jones over a decade ago while they were both working at Columbia Records, and Jones reached out to him last year looking to see if he would be interested in managing the family together.

The D’Amelios are also represented by UTA agents Greg Goodfried and Ali Berman, who cohead the digital talent department, and music agent David Klein, who also played a role in the song development.

Since working with the family, Jones and Mann have constantly scoured social-media for new talent, and they are “always texting each other links to potential talent,” Mann said. They want to continue to work with digital clients who sing and dance on new projects.

“We aren’t interested in one lane,” Jones said. “We are looking for people who want a well-rounded career.”