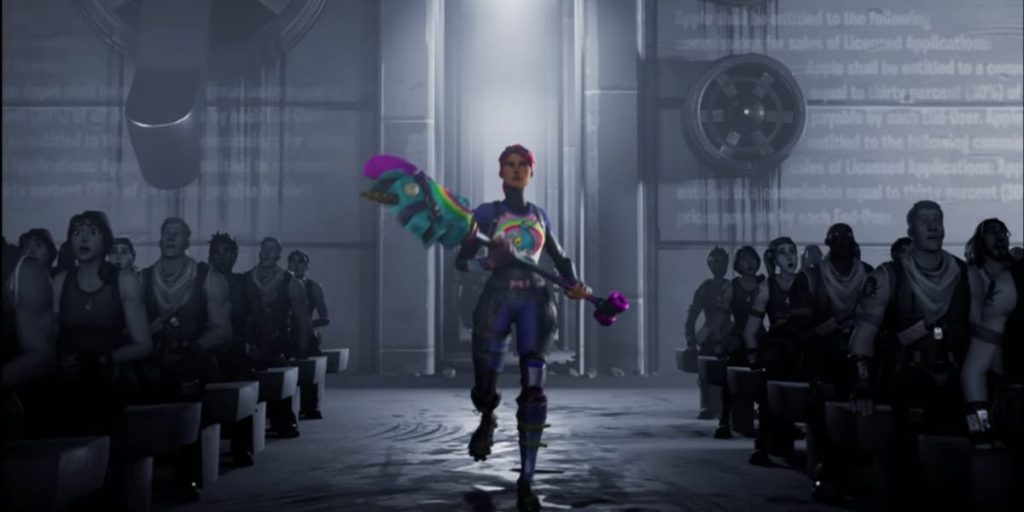 The legal battle between Apple and “Fortnite” maker Epic Games got another wrinkle on Monday: Epic Games filed a temporary restraining order against Apple with the intention of getting “Fortnite” back on Apple’s App Store.

If granted by a judge, the restraining order would legally stop Apple from “removing, de-listing, refusing to list or otherwise making unavailable the app ‘Fortnite,’ including any update thereof.”

In short: It would put “Fortnite” back on the App Store, and stop Apple from blocking updates to the app.

Moreover, the filing revealed the potentially far-wider impact of Apple and Epic’s legal fight. Epic will lose access to Apple’s Developer Program by August 28th, the company said, if its app doesn’t comply with App Store guidelines. This would mean that all of Epic’s apps in the iOS App Store would be pulled from listing. Importantly, Epic says, getting booted from the program would also mean it can’t access certain Apple technology for developers.

Beyond “Fortnite,” Epic also creates the Unreal Engine software suite – a set of software that’s used to create games, including the smartphone versions of “PlayerUnknown’s Battlegrounds.”

Without access to Apple’s developer technology, Epic says that it would be unable to issue updates to the Unreal Engine on iOS or Mac, which would in turn mean that any developer using the software to would be unable to update their own games to support the new versions of iOS and Mac OS coming this year.

In its filing, Epic and CEO Tim Sweeney indicate that this would cause big problems for Unreal Engine users, who would have to undergo the significant challenge of retooling their games on iOS and Mac, as well as for Epic itself, which would have to discontinue support for Apple’s platforms in the software.

“Fortnite” was pulled from Apple’s App Store and Google’s Play Store late last week following an update issued by Epic that allowed users to bypass Apple and Google’s digital payment systems. Instead of buying in-game virtual money (“V-bucks”) through Apple or Google, players could buy them directly from Epic – at a 30% discount, no less.

Epic Games, anticipating as much, filed suits against each company. Epic also published a parody of Apple’s infamous 1984 advertisement, albeit within the “Fortnite” universe:

When reached for comment regarding Monday’s filing from Epic Games, an Apple representative reiterated the statement issued last week.

“Epic enabled a feature in its app which was not reviewed or approved by Apple, and they did so with the express intent of violating the App Store guidelines regarding in-app payments that apply to every developer who sells digital goods or services,” the statement from Apple said. “Epic agreed to the App Store terms and guidelines freely and we’re glad they’ve built such a successful business on the App Store. The fact that their business interests now lead them to push for a special arrangement does not change the fact that these guidelines create a level playing field for all developers and make the store safe for all users. We will make every effort to work with Epic to resolve these violations so they can return ‘Fortnite’ to the App Store,” Apple said in its statement.