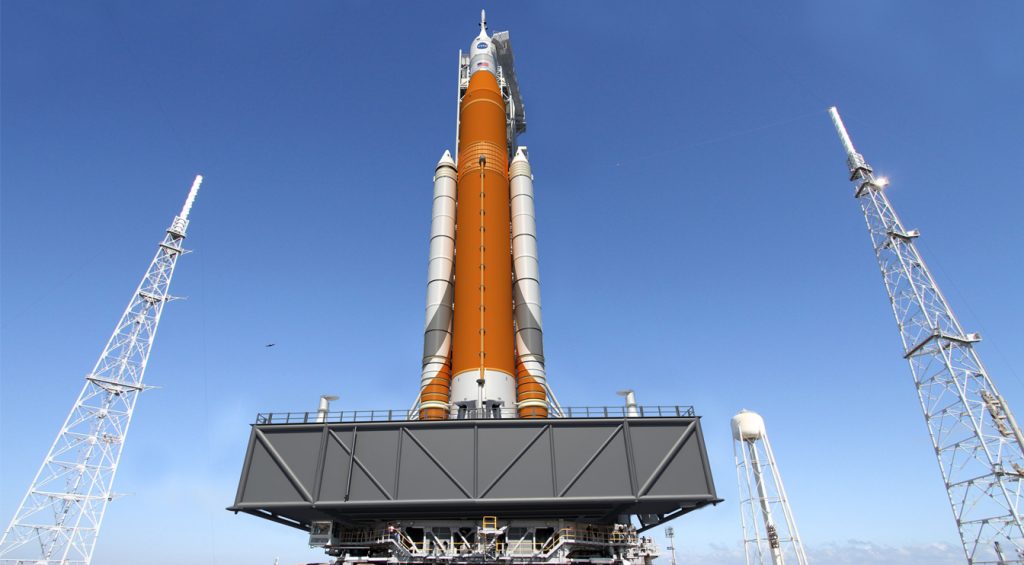 Charlie Bolden ran NASA from 2009 until early 2017, and before that, he went into space four times as an astronaut. So, when he talks about the Space Launch System (SLS) he oversaw at the agency, you can trust he knows what he’s talking about. In a new interview, Bolden spoke of the incredible advances made by commercial spaceflight companies like SpaceX. In fact, he sees a day when the SLS could be mothballed in favor of a more advanced commercial super-heavy-lift rocket.

Bolden has been supportive of the SLS program in the past, which is what you’d expect from the NASA administrator. As recently as 2016, Bolden said that companies weren’t ready to take on super-heavy-lift designs that can lift payloads to the moon and beyond. The SLS was initially set to launch in 2017, but delays have pushed that date back repeatedly. Now, NASA expects to get the massive rocket airborne in late 2021.

In the new interview, Bolden admitted that “SLS will go away” as large rockets from commercial entities get better over the next four years. “They are really going to build a heavy-lift launch vehicle sort of like SLS that they will be able to fly for a much cheaper price than NASA can do SLS. That’s just the way it works,” Bolden said.

The SLS, which borrows heavily from the Shuttle program, is a single-use rocket with enough power to send huge payloads into Eaarth orbit or slightly less huge ones to the moon and outer planets. It’s the heart of NASA’s Artemis program to return humans to the moon, but it’s expensive. The total program cost is creeping up on $20 billion, and each launch will cost about $2 billion. Afterward, the rocket will be discarded.

Starship launches may cost as little as $2 million, which is 1,000 times less than the SLS.

The Falcon Heavy is currently the only commercial super-heavy launch vehicle. While it can’t match the capacity of the SLS, it shows commercial spaceflight is capable of building larger rockets. Both SpaceX and Blue Origin agree that rockets need to become reusable to move spaceflight forward, and the SLS is living in the past.

You can imagine a world in which SpaceX finishes the next-generation Starship and Super-Heavy launch platform while NASA is still burning through $2 billion for each SLS vessel. SpaceX CEO Elon Musk has said Starship launches could cost as little as $2 million once everything is up and running. And Bolden is right — one of these approaches seems much better than the other. If the SLS goes away in favor of commercial rockets, it could be NASA’s last in-house heavy-lift design.