Skip to content
Home SCIENCE Deep-Sea Mining: How to Balance Need for Metals with Ecological Impacts

Deep-Sea Mining: How to Balance Need for Metals with Ecological Impacts 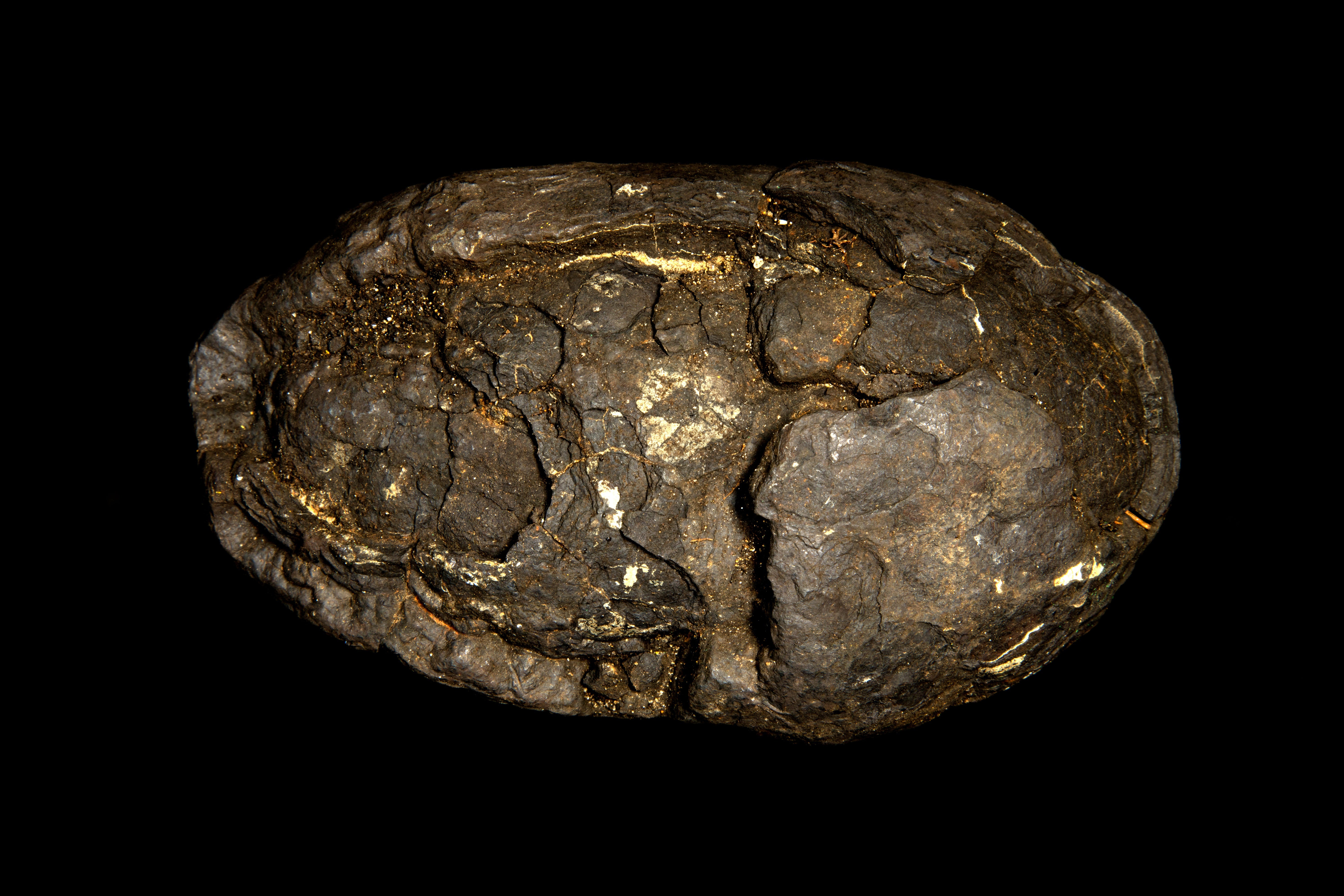 Slashing humanity’s reliance on fossil fuels will require billions of kilograms of metal: a single wind turbine can contain more than a metric ton of copper, and electric car batteries demand heaps of cobalt, nickel and manganese. Most of these metals now come from terrestrial mines—often at the cost of deforestation, water pollution and human rights abuses. But a vast trove of metals on the deep-sea floor could soon provide an alternative source.

Though companies have been eyeing this possibility for decades, engineering challenges and unfavorable economics have kept work in the exploration phase. There has also been a lack of international rules to govern the nascent industry. But that is poised to change soon: The United Nations–chartered International Seabed Authority (ISA) has been finalizing regulations for commercially extracting deep-sea metals in international waters. These rules could emerge within a year. The inherent tension in setting them lies in balancing economic interests in metal production with another consideration: the potential for environmental damage.

Proponents say deep-sea mining can avoid a few of the ills of land-based extraction and cut the costs of renewable technology. But some scientists caution against jumping from exploration to exploitation too quickly, given how little we know about the deep-sea environment and the life it supports. “I generally don’t think it’s possible for us to objectively assess all the risks involved right now,” says Jeff Drazen, a marine biologist at the University of Hawaii at Manoa. “This is the poorest-described ecosystem on the planet.”

Enticing Prize at a Vast Depth

Interest in deep-sea minerals focuses largely on one particular resource: polymetallic nodules. These potato-sized deposits are rich in manganese, copper, cobalt and nickel. They form over millions of years as dissolved metals precipitate around the nuclei of organic materials—often ancient shark teeth, according to Antje Boetius, a marine biologist at the Max Planck Institute for Marine Microbiology in Bremen, Germany. She says these nodules are scattered in many areas across the global seafloor. They are especially plentiful in a vast swath of the ocean’s abyssal plain that stretches from Hawaii to Mexico and is called the Clarion-Clipperton Zone (CCZ). Nodules in the CCZ alone contain more nickel and cobalt than all known land-based reserves of those metals.

Retrieving such nodules from their resting places—often more than three kilometers below the surface—is still a theoretical proposition, though most plans follow a similar blueprint: First, dump-truck-sized collection vehicles would scour the seafloor for nodule-bearing sediment. A vertical “riser” pipe would then whisk the material up to ships equipped with sorting facilities, which would pluck out the valuable nodules and flush unwanted sediment back into the ocean.

But this mining method would necessarily disturb the marine environment, altering deep-sea ecosystems that scientists are still working to understand. In a 2016 study in Nature, researchers found seven new species (including four representing new genera) living among the CCZ’s nodule beds. “There are millions of species out there that have yet to be described,” says Lisa Levin, a marine biologist at the Scripps Institution of Oceanography, who was not involved in the study.

Even as researchers piece together the basics of these ecosystems, recent studies have sought to understand how mining might impact them. Work by Boetius and her colleagues, published this past April in Science Advances, found that collection vehicles can have long-lasting physical and biological effects on the seafloor. Her team revisited a site in the Peru Basin where, in 1989, researchers had simulated effects of collection vehicles by cutting tracks into the seafloor with a blade-mounted plow towed by a ship. The plow tracks were plainly visible decades later. Initially, “we were absolutely shocked,” Boetius says. But she explains that in the stable environment of the deep sea—with weak currents and low rates of sediment dropping to the seafloor—it takes much longer for an area to recover than it would in shallower waters or on land. In the old vehicle tracks, microbes were 30 percent less abundant than in a nearby unplowed region. Animals such as worms and sea cucumbers were also less numerous. “You have such compacted sediments that no one can enter anymore,” Boetius says. “Our experiment really shows that such physical processes will stop animals and microbes from returning to repopulate that habitat.”

Mining impacts could reach well beyond the seafloor. The plumes of sediment that sorting vessels flush back into the water have been compared to inverted smokestacks sticking below the ocean’s sunlit surface layer. Scientists estimate a single nodule-mining operation could release 50,000 cubic meters of sediment-laden water each day—enough to fill 10 Goodyear blimps. But Thomas Peacock, a mechanical engineer at the Massachusetts Institute of Technology who studies plume behavior using computer models and field trials, has found that turbulence dilutes the plume, quickly bringing sediment concentrations close to background levels.

Still, even a small bump in sediment concentration could harm deep-sea dwellers such as plankton and jellyfish, which evolved in a habitat nearly devoid of sediment, Drazen says. Many of these creatures feed by filtering tiny organic particles out of the water. If caught in a sediment plume, “they’re going to have a ton of mud to sift through,” he says. “This may clog their filtering apparatus, or it may make it hard for them to choose the good stuff from the bad stuff.”

In a peer-reviewed opinion paper published in June in Proceedings of the National Academy of Sciences USA, Drazen and more than a dozen co-authors highlighted this and other risks mining poses to deep-sea waters. The authors also warned that the practice could interrupt animal communication: noise pollution from sediment rattling up riser pipes could jam acoustic signals among whales and other cetaceans, while sediment plumes could cloud the bioluminescent signals that creatures such as squid and jellyfish use in the darkness of the deep ocean. “The animals are just blinking on and off,” Drazen says. Piloting a submarine through them is “like falling through the stars.”

While Drazen and others have identified some types of harm mining could inflict on deep-sea life, they cannot yet pinpoint how much damage might be done: available information is still scant, and the industry is in its early stages. This uncertainty has led many scientists to adopt a precautionary approach. The ills of terrestrial mining do not justify a headlong rush to dig up the ocean floor, says Diva Amon, a marine biologist at the Natural History Museum in London. “We would essentially be creating damage in an ecosystem we don’t yet understand,” she says. Groups such as the nonprofit Conservation International have called for a 10-year moratorium on deep-sea mining to give scientists and policy makers more time to examine the potential environmental harms.

But others see the emerging industry as a moral imperative, given metals’ crucial role in the renewable-energy technologies needed to curtail global warming—and the environmental and social costs often linked to existing mining practices. “I started looking at the footprint of terrestrial mining, and it is horrific,” says Gregory Stone, chief ocean scientist at DeepGreen, a mining company with exploration agreements in the CCZ. He points to sometimes deadly health impacts on workers and to child-labor violations, both of which are often associated with terrestrial mining of minerals such as cobalt. With deep-sea mining, “the disruption to the planetary system will be a lot less,” Stone contends. He adds that a multiyear environmental assessment prior to commercial extraction—which the ISA could require in its final regulations—could help minimize damage. For example, it could do so by placing the most environmentally sensitive areas off-limits to mining.

The ISA is using the growing body of scientific research in the CCZ “to identify the best measures required to protect the marine environment” as the group creates the first ever deep-sea-mining-exploitation code, according to a written statement from its secretary-general Michael Lodge. These regulations will be adopted if all 168 ISA members (167 countries plus the European Union) agree on them, he said. This summer, the organization’s annual assembly was postponed because of COVID-19, but regulations could be adopted next year. Lodge did not comment on the possibility of regulating the specific potential environmental harms identified by researchers so far.

Scientists from all sectors—industry, academia and conservation—are closely following the ISA’s efforts. Boetius says that in recent years, the ISA has convened discussions about protecting organisms ranging from bacteria to octopuses. “The [regulatory] system has gotten more ecologically friendly and concerned than it was 20 years ago,” she says. Boetius and others, including an international network called the Deep-Ocean Stewardship Initiative, have provided expert input to help ensure sufficient environmental precautions. “There have been huge strides made during this process of drafting regulations,” says Amon, who works with the network. “But there’s still much more to be done.”

Levin agrees and raises the question of how much of the finalized ISA rule book will consist of enforceable mandates—versus mere suggestions. “A lot of the environmental components are just guidance right now,” she says. Levin stops short of calling for a moratorium but says she is not fully convinced of the need for deep-sea mining; she does not think it will simply replace terrestrial operations. “It would almost certainly add to [them],” Levin says. She also notes that future improvements to metal recycling and product life spans could reduce demand for a new source of virgin metals. “My number-one question is ‘Do we really need minerals from the bottom of the ocean?’” Levin says.