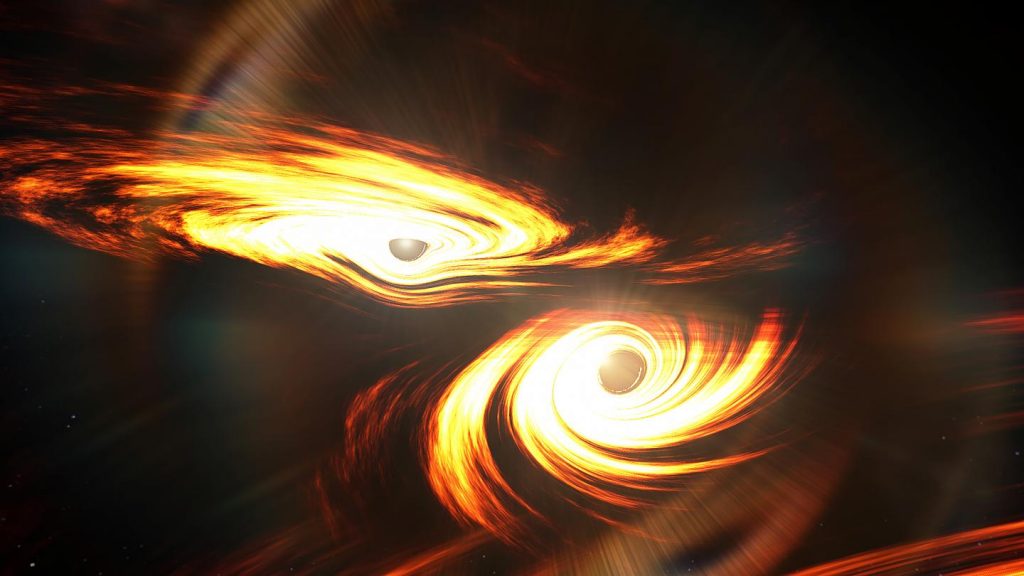 We still don’t understand a lot of things about black holes, which hover at the very edge of our scientific knowledge. We do know that black holes seem to fall into two categories; those that result from the collapse of a single large star and supermassive black holes that have millions of billions of solar masses. So-called intermediate-mass black holes (IMBH) between the two extremes have been elusive — until now. Scientists with the LIGO and VIRGO Scientific Collaboration report spotting an IMBH billions of light-years away thanks to peculiar gravitational waves.

We have a reasonably good understanding of how stellar-mass black holes form. When a star several times larger than the sun runs out of nuclear fuel, its own mass compresses it into a singularity from which not even light can escape. Supermassive black holes are less well-understood, but the leading theory is that they grow from smaller black holes by pulling in matter and merging with other black holes over many eons. These objects are 100,000 solar masses or more with such strong gravity they can anchor a galaxy. Our galaxy has a supermassive black hole in the center known as Sagittarius A* (pronounced Sagittarius A Star).

Scientists have spotted several candidate IMBHs, but the LIGO and VIRGO projects provide the best evidence yet. These instruments use laser interferometry to detect gravitational waves from catastrophic events like the collisions of neutron stars and black holes. Scientists can also trace the waves back to the objects that produced them. Recently, the team detected gravitational wave GW190521, which began its journey toward Earth 7 billion years ago when two mid-sized black holes collided.

This discovery raises a few interesting lines of investigation. Since both of the colliding black holes were larger than a stellar-mass black hole, where did they come from? Could they be the result of past collisions? Will this new IMBH continue growing now that it has enough gravity to vacuum up more material? All we can say right now is these “impossible” black holes do exist. We just don’t know why yet.