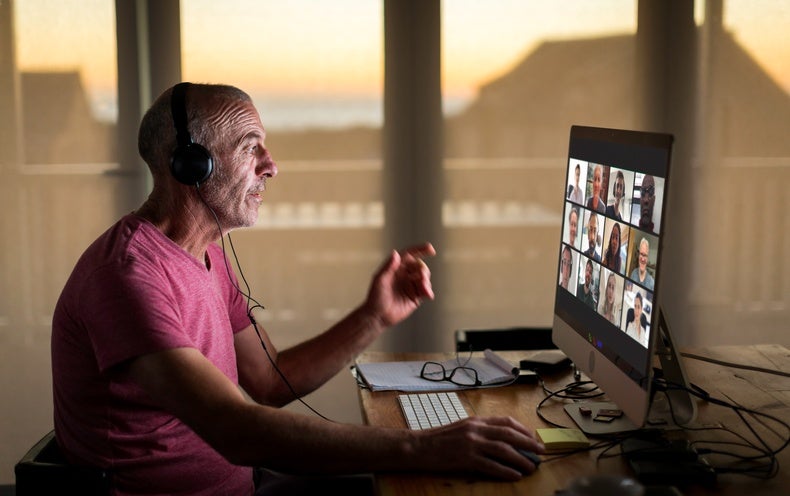 As COVID-19 forced many workers across the U.S. to move from downtown office towers to spare rooms and kitchen tables, their commutes shrank from an average of almost 30 minutes (often in bumper-to-bumper traffic) to a few steps down the hall. A May survey of 2,500 Americans found that 42 percent were teleworking full-time—one of many dramatic changes wrought by the novel coronavirus. Though experts studying the pandemic’s economic and environmental consequences are clear that there is no silver lining to a disease that has killed more than half a million people and upended the lives of millions of others around the world, some believe the resulting lockdowns may offer lessons to apply to another, slower-moving crisis.

If remote work, for example, remains a permanent fixture for more people in a post-COVID-19 world, it could help put a dent in one of the U.S.’s largest sources of planet-warming emissions. “Transportation is a huge contributor to greenhouse gas emissions, as well as other [regulated air] pollutants, so anything we can do to reduce such emissions is good for all of us,” says Patricia Mokhtarian, an engineer at the Georgia Institute of Technology, who studies travel behavior and telecommuting.

But the extent of the emissions reductions that can be gained from remote work in any particular city depends on a number of factors, from whether most commuters drive cars or take public transit to what electricity sources the city uses. The inadvertent teleworking experiment in response to COVID-19 has offered a unique look at these trade-offs, which can otherwise be hard to separate from other things that affect emissions. The graphic below looks at how these factors play out in the three largest U.S. cities by population. It suggests telework could be more of a boon in fighting climate change in some places than in others.

Over the past few months the pandemic has had a marked impact on energy use in the U.S. as a whole. Gasoline consumption dipped by 30 percent between late March and early June, compared with the same period in 2019, according to an analysis published in Joule. There was also a “very fast and distinctive decline in electricity consumption as the shutdowns were occurring,” says Steve Cicala, an economist at Tufts University and a nonresident scholar at the Energy Policy Institute at the University of Chicago. (He tracks electricity consumption to monitor the pandemic’s early economic impacts but was not involved in the Joule paper.) The graphic clearly shows that in March electricity usage dropped precipitously in New York City, Los Angeles and Chicago, relative to the projected consumption without the pandemic. Across the country, such usage declined by roughly 7 percent through April and May. This reduction resulted from “a very substantial” drop in industrial and commercial electricity consumption—tempered by an increase in residential demand, which could rise further as air conditioner use increases during the summer, Cicala says. (As the graphic shows, there was already an indication of both residential and commercial air conditioning pushing up electricity demand during spring.) These and other shifts in energy consumption led to an estimated 15 percent reduction in the U.S.’s daily carbon dioxide emissions, the authors of the Joule paper found.

To work out the emissions impact of teleworking, researchers have to consider several factors that can vary from city to city: how people get to work on a normal commute, how far they travel, how much commercial and residential electricity use changes and what power sources are involved, says Constantine Samaras, director of the Center for Engineering and Resilience for Climate Adaptation at Carnegie Mellon University. Working remotely is more likely to have a benefit where it replaces commuting by car, for example. On the electricity side, if teleworking leads to more electricity use in an area and requires additional coal-fueled power plants to come online, it could outweigh the emissions reductions from not driving, says Kenneth Gillingham, an environmental and energy economist at Yale University and lead author of the Joule analysis. On the other hand, if that added electricity comes from renewable energy, telecommuting could offer more significant emissions reductions.

In the U.S., Los Angeles might be one of the places most likely to see a benefit from increased telecommuting, Gillingham says. According to data from the 2018 American Community Survey, roughly 70 percent of the people who worked in the city drove alone in their commute; only about 9 percent took public transit. The climate in the area is relatively moderate, suggesting that home workers’ summertime demand for electricity-guzzling air conditioning could be lower than in some other cities. And though there is still some coal in Los Angeles’s power mix, its municipal utility plans to phase that fuel out by 2025. Other cities in California —with similarly comfortable climates, relatively clean electricity and high numbers of car commuters—could see benefits from telework as well.

In Chicago, a higher portion of people (34 percent) commuted by public transit than in L.A. But a significant number—47 percent—still drove alone to work. At the same time, the utility company that provides electricity to a large portion of northern Illinois, including Chicago, has a higher reliance on fossil fuels. Electricity demand for home heating and cooling might also be higher in Chicago because of its large seasonal temperature swings. The combined effect could potentially offset some of the benefits of getting drivers off the road, Gillingham says, adding that he could see telework being somewhat less effective as a climate strategy in the Windy City.

In New York City, meanwhile, 58 percent of commuters took public transit. Though that might imply fewer potential gains from remote work, the 23 percent of commuters who tended to drive alone still accounted for more than a million cars on the road—a higher number than in Chicago—suggesting there may still be opportunities to reduce emissions if those drivers telecommuted instead. For electricity, New York relies on less coal and more on natural gas than the other two cities. Thus, the carbon intensity (or the amount of greenhouse gases emitted per unit of power generated) of its power grid probably falls somewhere between Chicago and L.A. (as would the potential for telework to reduce emissions), Gillingham says.

It could take months of digging through detailed data from this forced experiment in remote work to get a clearer picture of its potential to reduce transportation-generated greenhouse gas emissions. Researchers would also have to collect information on how far people commute, how many jobs can reasonably be done from home full-time, whether downtown office towers will still draw pre-COVID-19 levels of electricity, and how energy demand and sources change by season and time of day. Broadly speaking, though, Samaras says, telework could “play a big role, because transportation is now the largest source of U.S. greenhouse gas emissions—and it’s growing” at the same time the electricity sector is “getting cleaner.”

Mokhtarian does not think the recent levels of remote work will continue after the pandemic, because “home isn’t a conducive place to work for everyone.” But she does expect to see an increase from pre-COVID-19 levels. And she would like the option for telework—even if it is just part-time—to be available to more people in the near future. This approach may not immediately offer companies much in the way of savings on commercial real estate. But when it comes to emissions, she says, “every little bit helps.”