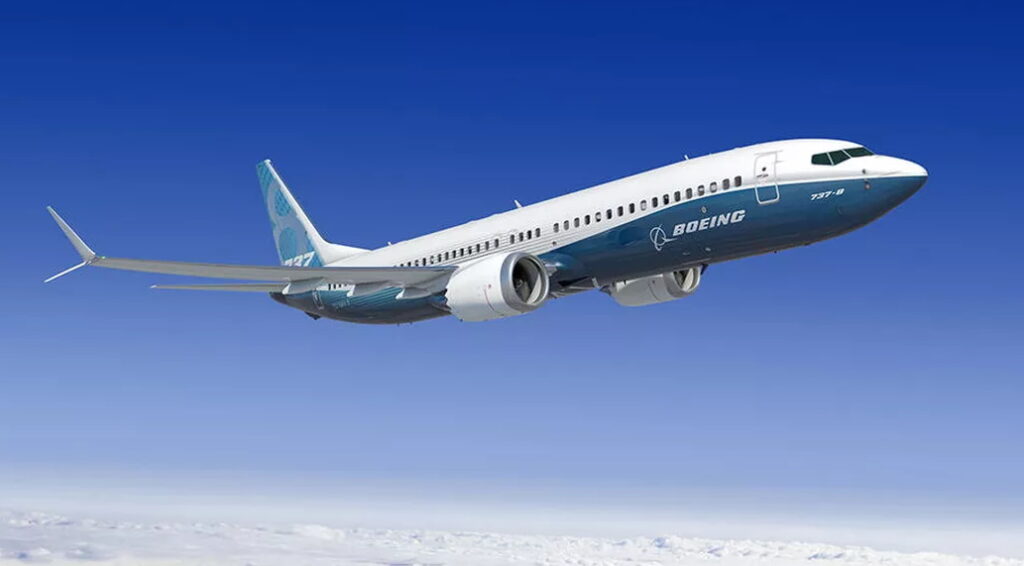 The Boeing 737 Max flew for the first time yesterday since the FAA grounded the aircraft in the wake of crashes by Lion Air 610 and Ethiopian Airlines Flight 302. Bloomberg reports that a Max 7 landed at 2:16 PM in Seattle with an FAA pilot sharing a cockpit with a crew member from the company.

Originally, the 737 Max was supposed to be back in the air in a matter of months (or at least, that was Boeing’s line). Once investigators started pulling the plane apart, additional problems began to surface. After the twin crashes, the source of the problem was isolated to the MCAS (Maneuvering Characteristics Augmentation System). When Boeing designed the 737 Max, it was facing steep competition from Airbus in the medium-range, mid-sized jet segment. Rather than building an all-new aircraft, the company opted to once again refresh the aging 737, which originally debuted in the 1960s.

But in order to bring the 737’s efficiency up to par with Airbus, Boeing had to fit the aircraft with much larger engines than it was designed to carry, and change the aircraft design to compensate. These changes left the aircraft with a tendency to pitch upwards in certain circumstances, potentially causing a stall. Boeing decided to design a system intended to keep this from happening. MCAS was the result.

What we know now is that the system as designed was riddled with failures, some of which Boeing absolutely knew about and deliberately brushed under the rug. The MCAS system depended on a single point of failure. Boeing changed the design in significant ways after receiving FAA approval to modify it, leaving the FAA under the impression that the system operated differently than it actually did in the field.

Most damningly, Boeing refused to train pilots on MCAS and actively discouraged airlines from training their pilots in simulators, insisting that any pilot who had qualified on the 737-NG would also qualify to fly the Max. Chillingly, one of the airlines that had requested simulator time was Lion Air. When the Singapore and Ethiopian jets crashed, it was common to see people implying the reason the crashes had occurred was due to poor training policies from one or both of these companies. We now know that Boeing employees privately mocked Singapore Air for requesting simulator time.

It’s not a great look. Especially not when multiple engineers declare they need “forgiveness from God:”

Or, alternately, that they’ll never lie to the FAA again:

Turns out, however, there didn’t need to be much lying to the FAA. Between the Ethiopian and Lion Air crashes, the FAA performed an analysis of expected 737 Max crashes over the lifetime of the plane. That analysis found that the risk of dying in a 737 Max crash was equal to the risk of dying in a 757, 767, 777, 787, and the latest 747 models combined, bearing in mind that some of these planes flew when the rate of airline crashes was much higher than it is now.

Having discovered this jaw-dropping fact, the FAA did nothing. The 737 Max was allowed to remain in the air until it killed another 157 people. Eighteen experts at the FAA were overruled by a manager.

Having pushed back the 737 Max’s reintroduction date repeatedly due to problem after problem, the plane is apparently finally ready to fly (or at least, Boeing things it is). Ironically, Norwegian Air Shuttle just notified Boeing today that it was terminating its previous order for 97 737 Max jets.

This has far more to do with the devastating impact of the coronavirus than any reaction to the Max itself, but Boeing faces a steep climb to win back trust. On June 15, the US Air Force refused to accept delivery of a KC-46 aircraft due to debris being found in the plane after rework. The Air Force had previously halted all deliveries of KC-46 aircraft due to fuel tank debris in March 2019.

Boeing has good reason to restart Max production as quickly as possible; the company has literal parking lots full of aircraft it already built and it needs to move them out. It can’t do that so long as the plane isn’t allowed to fly. At the same time, given how 2020 has played out thus far, putting the 737 Max back in the air seems a wee bit like tempting God when he’s already proven to be in a smiting mood.

Now that it’s received all this rework and special attention, the 737 Max ought to be one of the least crash-prone, least-buggy planes in the air. Boeing is presumably aware that having a third aircraft attempt to become the world’s worst drill would kill the product. Also, killing a bunch more people looks bad, too.