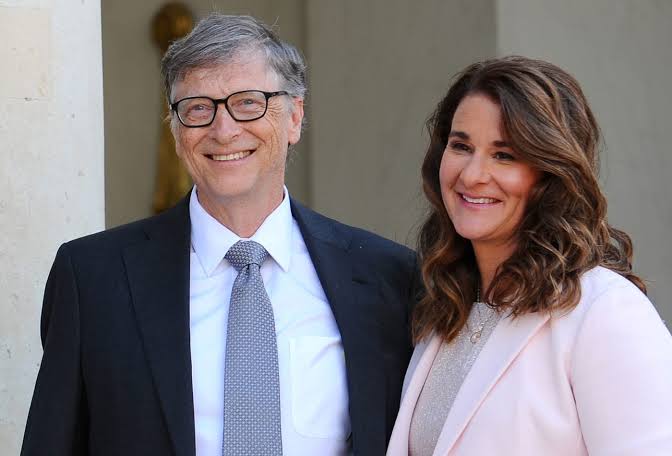 (Disclaimer: Microsoft is a client of the author and says Bill Gates saved his job as a first-year analyst. But he also says Gates never gave him a promised tour of his house.)

Bill Gates resigned from Microsoft’s board of directors last week, pretty much ending his official ties to the company he co-founded. He says he’s still available as a technology adviser to CEO Satya Nadella and other Microsoft leaders, but otherwise he’s devoting himself completely to his other pursuits, like philanthropy.

Gates and the company he started very nearly 45 years ago with Paul Allen transformed the computing landscape. Throughout the period of Microsoft’s early growth and maturation, Gates was at the helm as CEO, demonstrating business leadership and competitiveness that, even more than technology, were keys to the company’s success.

The competitiveness eventually led to Microsoft’s antitrust issues. The technology world was changing (I’ll go through some of that history in a bit), and the leader who had made Microsoft a tech giant was perhaps no longer tuned in to the changes as he once had been. That happens a lot with founders. What rarely happens is that the founder sees the writing on the wall and takes a step back. But Gates did. He resigned as CEO, staying on as chairman of the board.

Not everything Gates did was brilliant. By the time the internet had become a force in the tech world, Gates and Microsoft had made a series of missteps that almost made the company irrelevant. And in resigning as CEO, Gates left Steve Ballmer in charge. Ballmer clearly had earned the right to lead Microsoft as CEO, but he wasn’t right for the job, and Gates eventually had to remove him. The men had always been close, and it couldn’t have been easy to do it, but he did.

This is the third step back from Microsoft that Gates has taken. He dropped his day-to-day duties as CEO in 2006, and gave up ultimate oversight as chairman of the board in 2014. Now he has relinquished his seat on the board.

This is actually a remarkable record. Founders have extraordinary power at a company, and they often don’t know when to step down, sometimes doing the company so much harm in their later years that the firm doesn’t recover. Even if they step away from day-to-day activity, they often step in and exert their influence at critical times, undermining the sitting CEO and setting the company up for failure. As chairman, Gates seemed to have refrained from that sort of thing, until the day came when Ballmer had to go.

As long as a founder is around, people will seek out their advice. When things go badly, people will beg for the founder to return and take action, not accepting that the founder likely has aged out of the skills that made him or her successful. When I worked at IBM, I and my fellow employees felt strongly that if Thomas Watson Jr. were to return, he would right the company. He didn’t come back, though, and I now appreciate that he couldn’t. The market had moved on, his skills had become obsolete, and his interests had changed. He finally made it clear that he wasn’t coming back, and the company moved to recovery.

As long as Gates remained part of Microsoft, Nadella was to some extent fettered. But it has been clear for some time now that the younger man no longer needs training wheels and is more than capable of going it alone. Now Nadella is more free to mold Microsoft into his vision of the future without the shadow of Bill Gates hampering execution.

The end of an era

Nonetheless, this departure marks the end of an era. In its early days, Microsoft shrewdly got a sort of sponsorship from the unargued tech leader of the day, IBM, by getting its MS-DOS operating system onto every PC IBM built. Eventually, it replaced IBM as the most powerful company in the technology world, and then it went on to repeat some of IBM’s most painful mistakes, and so pass market leadership on to Google, which proceeded to make similar mistakes. Though only IBM nearly went under because of its mistakes, you could argue that both Microsoft and Google were more foolish, since they had an example to look to and didn’t do it.

During the Gates era at Microsoft, the market pivoted from mainframes to PCs and servers, the internet launched, and IBM went from dominating the technology market and being unbeatable to having a negative brand value (where people preferred white-box products to IBM products). By the time Gates left Microsoft, the company was under an antitrust cloud, IBM was recovering, Google was just about to become a thing, and Apple, with the return of Steve Jobs, had begun a substantial move from being on life support to being the most valuable company in the world.

The future of Microsoft

With Gates out, Microsoft will undoubtedly get even more creative with its Surface hardware line, and, I expect, its new smartphone/tablet efforts will increasingly leverage the cloud and virtual Windows to create a model that is far more similar to the old mainframe world than what we now have.

Microsoft will more aggressively move forward on its cloud-centric strategy and execute a purer version of Nadella’s vision for the company. I see few signs of the arrogance that once defined Microsoft. Today, in a change many of us in the early 2000s thought impossible, Microsoft has become one of the most open-source-oriented, customer-focused companies in the technology segment. I also expect we’ll see some new initiatives shortly that will again have us thinking of Microsoft very differently.

But it couldn’t have gotten where it is and where it is going without the foundation that Gates and, yes, Ballmer, built for the firm.