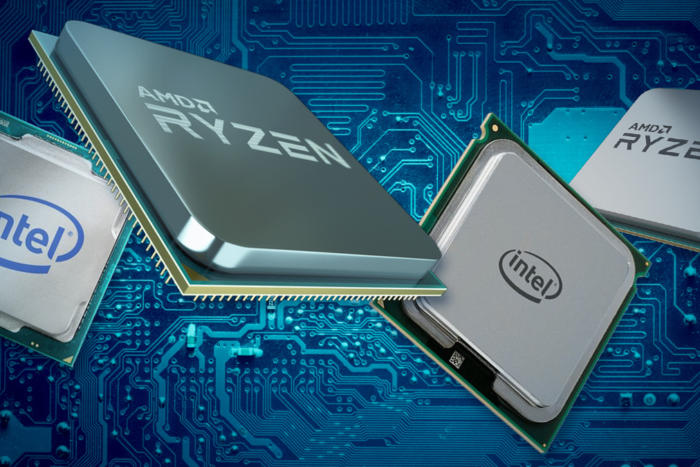 Buying a processor for a gaming rig isn’t as hard as it used to be. Now that Ryzen 3000-series and Intel’s 10th-gen Core CPUs come with more performance and cores than ever before, it’s hard to buy a stinker these days—especially because most games favor graphics firepower over CPU oomph. All that said, there are specific chips that stand out from the horde as the best gaming CPUs due to their price, performance, or nifty extras.

Whether you’re on a budget or willing to pay for sheer face-melting speed, these are the best CPUs for gaming PCs that you can buy.

Editor’s note: We updated our picks and news throughout the article on May 26, 2020 after the release of Intel’s 10th-gen Core processors and AMD’s Ryzen 3 CPUs.

Intel just launched its 10th-gen Core desktop processors, while AMD recently released its affordable 3rd-gen Ryzen 3 processors. Both earned spots in our overhauled picks below. AMD also said that its B450 and X470 motherboards will support next-gen “Zen 3” processors, in a reversal of controversial earlier plans. If you want a modern B550 motherboard to go with your new Ryzen 3 chip to unlock blazing-fast PCIe 4.0 storage speeds, look for those to arrive on June 16.

Intel’s ruled the gaming roost for seemingly time eternal, but in 2019, AMD seized the mainstream crown. Overall, the $200 to $235 Ryzen 5 3600X is the best gaming CPU for most people, though Intel’s rival 10th-gen Core processors compete much more fiercely than 9th-gen chips did. The $275 Core i5-10600K is a bit faster than the AMD chip at gaming, but costs significantly more overall. You can’t go wrong with either chip. Meanwhile, the $175 Ryzen 5 3600 provides outstanding value.

AMD bestows its Ryzen parts with simultaneous multi-threading, giving the six-core Ryzen 5 3600X a full twelve threads. That gives some serious productivity chops for a mainstream CPU. But for the first time in recent memory, AMD’s mainstream chip hangs tough with its Intel counterparts, too. AMD infused its third-gen Ryzen chips with massive instructions-per-clock (IPC) improvements and faster clock speeds, with the 3.8GHz Ryzen 5 3600X capable of boosting up to 4.4GHz.

Together, those gains help propel the 3600X past Intel’s Core i5-9600K in Tom’s Hardware’s testing, and the beloved Core i7-8086K in Tech Radar’s testing. Most AMD motherboards support overclocking for the adventurous if you want to try your hands at even better performance.

You can find the Ryzen 5 3600X for $235 at Amazon, and often for as little as $200 online, down from a $250 launch price. Better yet, AMD tosses in three free months of Microsoft’s superb Xbox Game Pass for PC with every Ryzen purchase. That’s a lot of free gaming goodness to go with a great gaming processor.

The newer 6-core, 12-thread, $275 Core i5-10600KRemove non-product link puts up a tougher fight against AMD’s chip than its predecessor, thanks to its high clock speeds and the reintroduction of Hyper-Threading. Intel’s chip is actually faster than AMD’s at 1080p gaming overall in reviews at TechSpot, Digital Foundry, Gamers Nexus, and Anandtech, though the Ryzen 5 3600 wins a handful of comparisons, and the performance gaps shrinks substantially as you go up in resolution. Intel’s chip especially rocks in esports titles. If you won’t accept anything but the fastest mainstream gaming performance, the Core i5-10600K is your chip. It’s on a par with last gen’s Core i9-9900K flagship, and Intel’s best 10th-gen offering.

That said, the Ryzen 5 3600X hangs with Intel’s Core i5 for practical gaming purposes—reviewers say the performance difference is close enough that you won’t see much change with your naked eye, outside of competitive gaming scenarios. We give the edge to AMD due to its lower overall cost: The Ryzen 5 3600X costs $40 to $75 less on the street, and it comes bundled with a Wraith CPU cooler. You’ll need to spring for your own cooler with the Core i5-10600K, and the Z490 motherboards you’ll need to plop it into tend to cost more than established AMD AM4 motherboards. Plus, if you want to spend up for a newer 500-series AM4 motherboard, the Ryzen chip supports blazing-fast PCIe 4.0 storage. Intel hasn’t jumped onto that bandwagon yet.

If you want to spend a little less cash, or don’t mind overclocking, consider the AMD Ryzen 5 3600 instead. The non-X version costs $175 at Amazon. It packs the same six cores and twelve threads as the 3600X but runs a little slower, with a 3.6GHz base clock and 4.2GHz boost clock. The reduction in clock speeds drops the Ryzen 5 3600’s gaming performance a bit. The chip trades blows with Intel’s Core i5-9600K in gaming benchmarks at TechSpot and GamersNexus, but it’s close. Both sites give the Ryzen 5 3600 a hearty recommendation. It’s an outstanding value.

If you want a gaming CPU that won’t break the bank, look no further than the $100 Ryzen 3 3200G if you want modest game-ready graphics included with your chip, or the $120 Ryzen 3 3300XRemove non-product link if you plan to BYO graphics card.

The four-core, eight-thread Ryzen 3 3300X achieves performance equal to or better than Intel’s former Core i7-7700K flagship at a fraction of the cost, delivering “unprecedented value” per Digital Foundry. Gamers Nexus is just as glowing in its review, stating that “an R3 is enough for gaming.” It’s only a few paces behind the Ryzen 5 3600 in most games, so if you don’t need the more expensive chip’s extra cores for productivity tasks, this is a great value for the money.

There’s never been a low-budget gaming chip with performance this competitive. Better yet, AMD tosses a cooler into the box, the chip can be overclocked, and compatible B450 motherboards are both cheap and plentiful. Alternatively, if you want to future-proof your system with a pricier 500-series AM4 motherboard, the chip can support PCIe 4.0 storage, though you’ll probably want to wait for B550 motherboards to roll out in mid-June if you’re going that route.

The step-down Ryzen 3 3100 costs $100Remove non-product link, but it’s less compelling. Due to a technical difference in how its CPU cores communicate, it tends to lag behind the Ryzen 3 3300X in both productivity and gaming. Save up the extra $20.

Another option would be to invest $100 in our other budget gaming pick, which can let you game even if you can’t spend extra on graphics. The continuation of AMD’s “APU” strategy, the $100 Ryzen 3 3200G blends four Ryzen CPU cores with eight of AMD’s powerful Radeon Vega compute units. The end result? A solid-performing chip that can play PC games without the need for a graphics card.

It’s built using 12nm Zen+ cores rather than the 7nm Zen 2 cores in other third-gen Ryzen processors, but the Ryzen 3 3200G should still deliver enough punch for basic gaming. Its predecessor, the Ryzen 3 2200G, handled e-sports titles like Fortnite, Dota 2, League of Legends, and Rocket League with ease and turned in surprisingly good frame rates even in AAA games like Destiny 2 and Rise of the Tomb Raider. You might need to alter some graphics settings and maybe dial the game resolution back to 720p for the best results, but you can get the vast majority of games running between 30 and 60 frames per second with some tinkering.

If you’re buying a Ryzen APU, though, make sure your chosen motherboard includes an HDMI port. Without a graphics card inside your system, you’ll be reliant on it for video output.

If you can find one, this 10-core, 20-thread processor comes clocked at 3.7GHz base and can fly all the way up to 5.3GHz under the right conditions. It came out ahead of the Ryzen 9 3900X across all but one gaming test we threw at it. The wins usually come in the form of a single-digit percentage performance lead, but it earns more substantial victories in Far Cry: New Dawn and Gears 5.

The Core i9-10900K is the world’s fastest CPU for gaming, full stop—and thanks to the increased core count, it can now hang near AMD’s high-end Ryzen chips in productivity tasks, too.

It might not be the most practical option for most people, though—even gaming enthusiasts with deep pockets. The blazing-fast clock speeds start to matter less when you pair the 9900KS with a high-end graphics card at 1440p or 4K resolutions, which shifts the performance bottleneck over to the GPU in most games. You’ll get the most out of Intel’s ludicrously fast flagship at 1080p resolution. Because of that, and some other considerations, AMD and Intel both offer some very intriguing alternatives.

It might not be the most practical option for most people, though—even gaming enthusiasts with deep pockets. The blazing-fast clock speeds start to matter less when you pair the Core i9-10900K with a high-end graphics card at 1440p or 4K resolutions, which shifts the performance bottleneck over to the GPU in most games. You’ll get the most out of Intel’s ludicrously fast flagship at 1080p resolution. The chip also chugs down a lot of power and lacks support for cutting-edge PCIe 4.0 storage. Because of that, and the sky-high cost of the 10900K, AMD and Intel both offer some very intriguing alternatives.

Let’s start with Intel’s options. If you’re on the hunt simply for an optimal gaming experience and don’t need a legion of cores and threads for productivity, the 8-core, 16-thread $425 Core i7-10700KRemove non-product link might be worth considering. It’s just as fast as the pricier Core i9-10900K in gaming loads, per Gamers Nexus and TechSpot, but costs significantly less. But the Core i5-10600K discussed previously is essentially as fast for over another $100 less, however, and Intel’s Core i7 chip gets fiercely outmatched by comparable AMD processors in productivity tasks, especially when it comes to performance per dollar.

Gaming isn’t all most people do on their computers, of course. If you do a lot of work on your PC, especially resource-intensive tasks like streaming or media editing, one of AMD’s third-gen Ryzen chips is probably a better option. AMD’s been making aggressive price moves around Intel’s 10th-gen launch to be more competitive. Ryzen 3000-series chips also hold an edge in power efficiency and PCIe 4.0 support.

“In the end, AMD still makes it a better choice and a better deal for most, but for those who want higher clock speeds and more performance on lighter workloads, Intel’s 10th gen Core i9-10900K and its sibling at least are worth considering,” we said in our 10900K review. “That, frankly, is a victory from the situation it has been in.”

The $750 Ryzen 9 3950X is by far the most powerful consumer desktop processor ever, sporting a whopping 16 cores, 32 threads, and the highest clock speeds of any Ryzen chip. Even the $410 Ryzen 9 3900X comes loaded with 12 cores and 24 threads, outstripping Intel’s options despite costing over $100 less than the Core i9-10900K after a steep price cut.

Better yet, AMD infused its third-gen Ryzen chips with significant IPC and clock speed improvements, putting the 3950X and 3900X just barely behind Intel’s fearsome 9900K in 1080p gaming benchmarks. The divide shrinks even further if you play at 1440p or 4K resolution, as those shift more of the bottleneck onto your system’s graphics card. Third-gen Ryzen chips burn rubber in gaming, especially at higher resolutions that systems with high-end parts like these usually run. The Ryzen 9 pairing absolutely pounds Intel’s lineup in multi-threaded tasks.