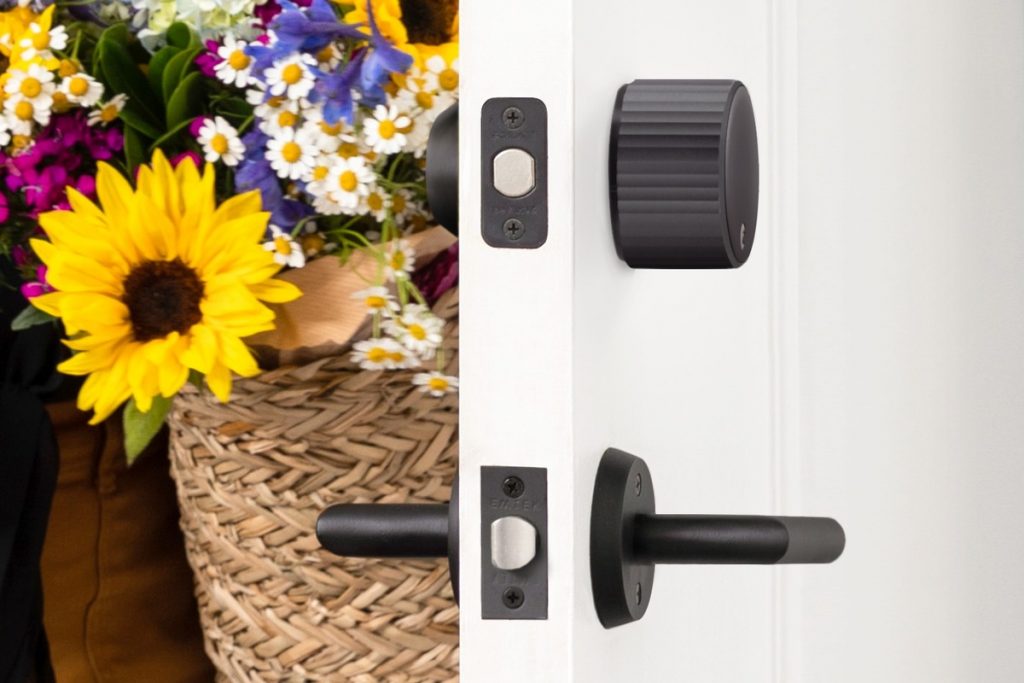 For years, market leader August has relied on a two-product solution to give its smart locks Wi-Fi connectivity. The August locks include only a Bluetooth radio in the door housing. A separate product called the August Connect had to be plugged into a nearby power outlet, bridging the connection from the Bluetooth lock to your Wi-Fi network.

With the August Wi-Fi Smart Lock, the company ditches the inelegant August Connect and puts everything where it really ought to be: In a single device, right on the door. Even better, the lock has gotten considerably smaller despite the extra radio: 45-percent smaller in volume and 20-percent slimmer than the earlier Smart Lock Pro (per August’s specs). As with its recent models, it’s available in the traditional silver or a more fetching matte black finish.

This review is part of TechHive’s coverage of the best smart locks, where you’ll find reviews of competing products, plus a buyer’s guide to the features you should consider when shopping.

While the new lock integrates the Wi-Fi radio into the product, the overall operation and feature set of the lock hasn’t really changed. The same August app remains in effect, and you’ll need to install it on your phone to be walked through the lock installation.

August has always been a retrofit lock (which means you keep your exterior escutcheon, including the physical keyhole), and its hardware installation remains one of the simplest in the industry. You must remove a mere two screws from your existing deadbolt and replace them through the slim frame that holds August’s interior escutcheon. As with other August locks, no additional screws are needed to attach the primary unit to this frame. A clever pair of wings allow you to easily clip it into place, and the faceplate adheres to the front of the unit magnetically.

While the hardware installation was a breeze, the software setup with the August Wi-Fi Smart Lock was a bit rocky. Things progressed fine as I walked through the app—until I got to the Wi-Fi portion of the configuration. August found my network, but simply couldn’t connect to it, first failing to join, then complaining that the wireless signal was too weak.

Following August’s (extensive) troubleshooting guide, I eventually solved the issue by removing the lock from the door and placing right next to my router, after which it was finally able to join my network—although it was clear after moving it back to its regular home that the lock sometimes struggles with range.

On the other hand, although the lock also supports HomeKit, I was never able to get the lock to join the Apple network successfully.

August’s app is fairly streamlined and intuitive, as you would expect from an app that’s been around since 2013. It’s easy to open and close the lock on demand, set up users, and configure advanced settings like automatic locking and unlocking (courtesy of a capable geofencing solution). An included magnetic sensor also lets the lock determine whether the door is ajar (and prevent auto-locking if it is). The large white nubbin that enables this feature, however, must be placed right next to the lock itself, at hip height, making for a something of an eyesore. Other than the aforementioned range issues and some random times when the app crashed out of the blue, I had no real issues using the lock or the app.

There’s one new caveat that’s unique to the August Wi-Fi, however, and that’s power consumption. Wi-Fi eats up a lot more battery life than Bluetooth, and August says that it’ll go through a set of batteries—now two 3-volt Lithium cells instead of a quartet of AAs—in three to six months, depending on overall usage. That’s not a long time; on the plus side, however, it is remarkably easy to change out the batteries on the lock thanks to the magnetic cover.

As a final note, August does support Alexa, with the typical default security setting allowing you only to lock the door with a voice command. If you want to unlock it with your voice, you’ll need to change the default setting and establish a four-digit pin. I had no trouble with Alexa and the lock.

At $250, the August Wi-Fi Smart Lock is cheaper that the Smart Lock Pro was at launch (about $280), which is good because the competition in this space is getting more cutthroat every day. Better yet, the lock looks better than ever, and the integration of Wi-Fi in the kit is a real game changer.

Mind the range issues, however; if your door is too far from your router, you might need to look for a different solution to avoid frustration. Alternatively, you could switch to a mesh router that provides better Wi-Fi coverage in your home.